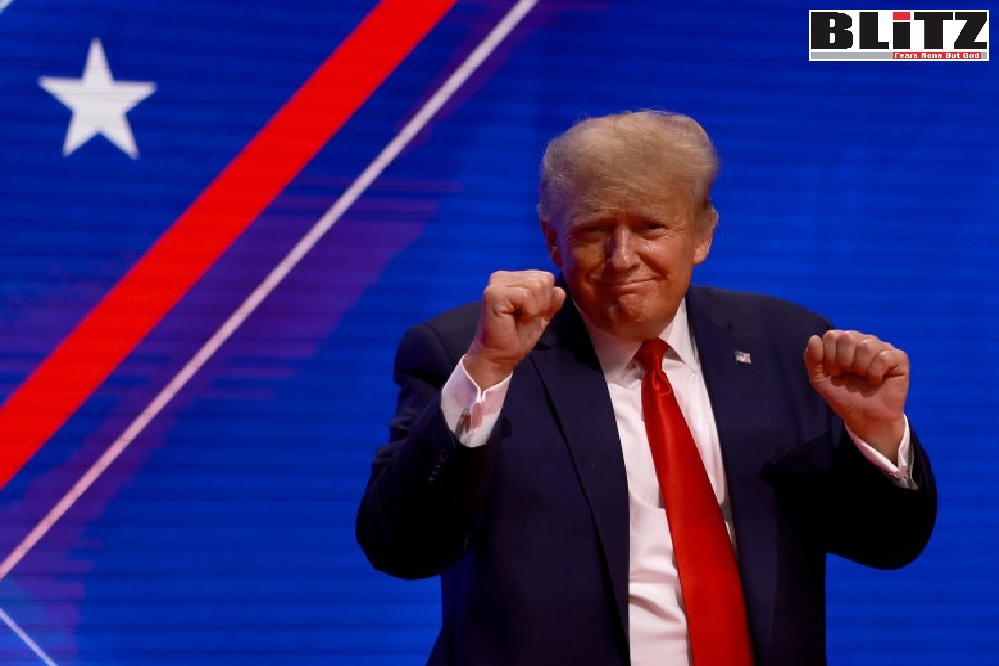 While millions of supporters of Donald Trump are waiting to get the great news about his running for presidency in 2024, those close to him believe, he will end up taking the plunge and the 2020 election will almost certainly be thrust back into the spotlight. Americans are waiting for a change as they already are fed-up with Joe Biden as he is causing immense sufferings to the people and been failing in addressing crucial issues such as inflation, gas crisis, baby food crisis, border crisis, increased terrorism and his madness in dragging the United States towards war against Russia in Ukraine and China in Taiwan. Most importantly, Americans by now already know – Joe Biden is suffering from malfunctioning of brain and other physical complications.

According to The Daily Caller, Trump has been laying the groundwork for a 2024 campaign, hosting rallies across the country reminiscent of his 2016 campaign and announcing a slew of endorsements heading into the midterms. Still, in true Trump style, he is yet to give a definitive answer on whether he will actually run.

Political analysts in Washington say, Trump’s health and how the midterms elections play out are two decisive factors in a possible 2024 run for the former president.

As for the midterms, Trumpworld believes the overall results – and not necessarily how individual Trump-backed candidates do in the primaries – will play a massive role in whether he’ll run again.

Much of Trumpworld also views Joe Biden as key player in Trump’s 2024 plans.

Many who spoke with the Caller highlighted Biden’s low poll numbers and various crises that the country is currently battling under his administration, saying that Trump is more likely to run if the current president continues on what’s viewed as a disastrous path. In fact, this aspect has already been considered, one individual noted.

Trump’s 2024 strategy would not just be centered on Biden’s struggles, though. For Trump and some of his associates, none of these problems – inflation, a border crisis, a war in Ukraine and more – would have happened were it not for what they view as a fraudulent election in 2020.

There are differing views, however, on whether leaning into such a strategy will help Trump should he run in 2024.

“I think that running on the invalidity of the 2020 election is a mistake, because the American people are looking for solutions to the problems that Joe Biden created,” the person with knowledge of the former president’s thinking added. “Will Donald Trump talk about solutions? Absolutely. But unfortunately, he’s wrapped around the axel of what they did to him in 2020. And he’s right, but the American people aren’t as interested in that”.

Meanwhile, it’s likely that Trump will continue facing questions regarding the January 6 riot. On that end, however, his inner circle isn’t concerned.

Trump, according to a person familiar with his team’s thinking, views January 6 as “completely overblown” and that “he didn’t do anything”.