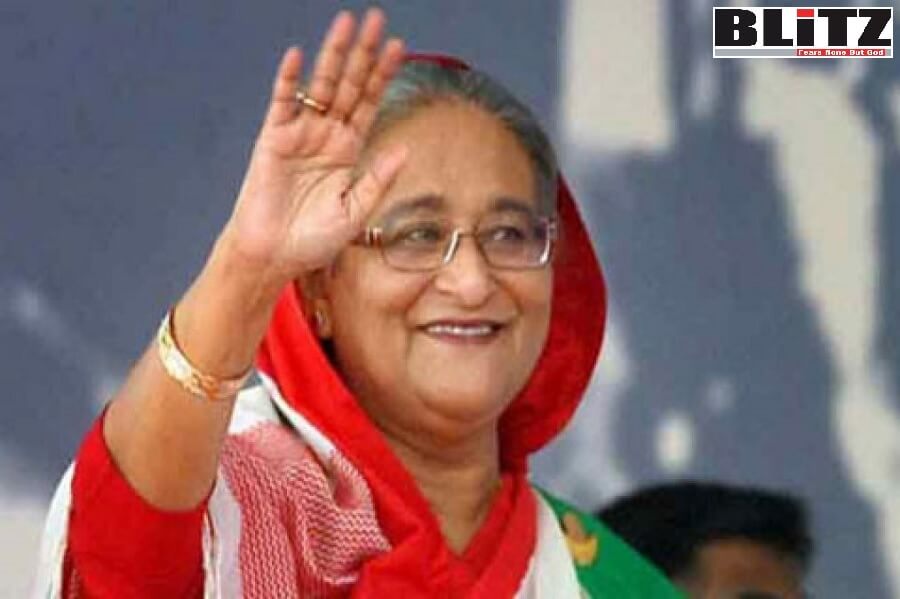 Prime Minister Sheikh Hasina, without mentioning anyone’s name said, although many “ultra-wizard” individuals are waiting for grabbing power through illegal ways and are conspiring of overthrowing the government. She asked – “What is our crime? Where did I fail?”

On May 7, 2022, the Prime Minister said, Awami League never used the backdoor for grabbing power, rather it always assumes state power through elections.

She said, “Awami League (AL) always assumes power through elections. It never grabbed power using the backdoor as AL is not an organization that was created from the pocket of any military dictator”.

Sheikh Hasina also the President of ruling party Awami League, made these remarks while delivering her introductory speech in the meeting of Awami League Central Working Committee (ALCWC).

She said the improvement of the election process has been made by the AL government as transparent ballot box, voter list with picture and EVM were the demand of her party to ensure the voting rights of mass people.

“We want that people can apply their voting rights . . . if people don’t vote for us, we wouldn’t come to power”, she said, adding that AL was always kept aside from power through conspiracy repeatedly.

Mentioning that AL is the party of land and mass people, she said this party always works for the welfare of the masses.

The Prime Minister thanked the people of the country for putting Awami League in power repeatedly by casting their votes in favor of the party.

“Due to this, the country witnessed huge development in the last 13 years, the living standard of the people has been increased as AL is the party of people and soil of this country”, she said.

Sheikh Hasina said after assassination of Father of the Nation Bangabandhu Sheikh Mujibur Rahman in 1975, Ziaur Rahman had started the culture of vote rigging in the country violating Army Rules and the Constitution through grabbing power.

And in this way duck and drake had been played with the fate of the people of Bangladesh, she observed.

Awami League, she said, has never been behind in terms of the percentage of votes, but there have been repeated conspiracies to keep the party away from power.

“Enemies can never do harm unless the enemy of house can harm, which is a reality”, she said, adding that “in case of Awami League it has always been happened and it is the most unfortunate and sad issue”.

The Prime Minister said, Awami League moved ahead amid conspiracies, strengthening the organization and worked always with specific goals to bring smile on the face of the people in miseries as dreamt by Bangabandhu.

Sheikh Hasina questioned the legitimacy of BNP leadership as “both [Khaleda Zia and Tarique Rahman] are convicted for corruption . . . ten-truck arms case, August 21 grenade attack, siphoning off orphan’s money and others misdeeds”.

“Rightists, leftists and extreme leftists now have joined with them”, she said.

The premier also criticized a section of “ultra-wizard” individual who always look to foreigners “as if they will install them to the state power”.

“They defame the country, while some of them are staying abroad”, she said.

Sheikh Hasina put emphasis on strengthening the party further as the 2023 general elections is getting nearer.

Talking about the move of the BNP-Jamaat clique and their alliances to oust the government from the state power, the prime minister said, “What is the fault of the Awami League and in which area we have failed?”

From Prime Minister Sheikh Hasina’s remarks, it has become clear that she is aware of continuous conspiracies of BNP-Jamaat nexus, which also are spending millions of dollars towards spreading propaganda, rumor and lies against Bangladesh and the government of Sheikh Hasina with the nefarious agenda of unseating the government by misleading Western policymakers. The same nexus also is conspiring of creating anarchy in Bangladesh by mobilizing Islamist and jihadist forces as well as over 1.20 million Rohingyas and Rohingya-based militancy outfit Arakan Rohingya Salvation Army (ARSA).

As the 2023 general elections is getting nearer, law enforcement and intelligence agencies in Bangladesh should remain extra-vigilant against evil conspiracy of BNP, Jamaat and anti-Bangladesh forces. The government also needs to take immediate measures in effectively countering the ongoing anti-Bangladesh and anti-Awami League propaganda of vested interest groups. For the sake of continuation of democratic process and marvelous development process in Bangladesh, victory of ruling Awami League in 2023 is essential.