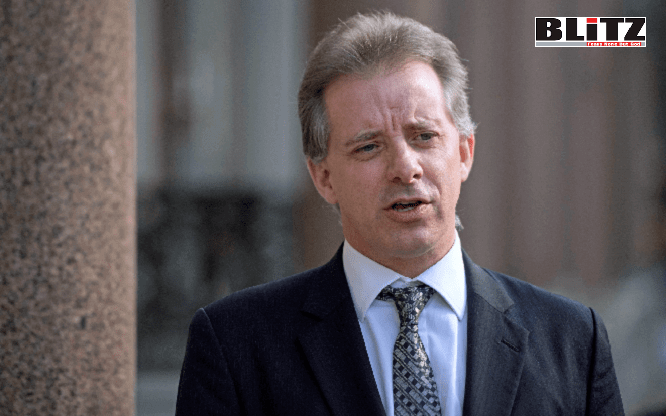 Former British spy Christopher Steele testified to a British court he believes both Hillary Clinton and Susan Rice were aware of his research on the bogus anti-Trump “dossier” while it was underway in 2016.

Just the News reported Steele testified in a defamation case brought by three international businessmen from Russia he named in his dossier.

Clinton was the Democratic Party presidential nominee at the time and Rice was President Obama’s national security adviser.

Just the News investigative reporter John Solomon said Steele’s testimony “makes his most direct link yet between his Russia collusion research and the top of the Clinton campaign and Obama White House.”

Steele testified he was hired by Fusion GPS through the law firm retained by the Democratic National Committee, Perkins Coie, to help the Clinton campaign.

According to a transcript, Steele said: “I presumed it was the Clinton campaign, and Glenn Simpson had indicated that. But I was not aware of the technicality of it being the DNC that was actually the client of Perkins Coie.”

He said he believed that Hillary Clinton herself was aware of his work.

Solomon reported Steele was confronted with what lawyers said were notes he took at a meeting with the FBI in 2016.

At that meeting, Steele purportedly told agents that Clinton was aware of his research.

The lawyers read from those notes during the court proceedings.

The notes said: “We explained that Glenn Simpson/GPS Fusion was our commissioner but the ultimate client were the leadership of the Clinton presidential campaign and that we understood the candidate herself was aware of the reporting at least, if not us.”

Just the News reported messages seeking comment from Hillary Clinton were not returned.

Solomon also reported the debunked claim that Trump had a secret communication channel with the Kremlin through a Russian bank came from a Perkins Coie lawyer.