France, the closest neighbor of Britain termed the Brexit as nombriliste – navel-gazing, self-obsessed and indifferent to the rest of the world. But, political analysts say, French presidential election in September 2021 is vital for Europe, for post-Brexit Britain and for the new geopolitics now painfully being born following Joe Biden’s disastrous failure in handling the Afghan issue which may ultimately be seen as failure of early 21st-century military interventions by the democracies. It is also anticipated that the way international intervention has caused total mess in countries like Iraq, Libya, and Syria – the future of Afghanistan might turn to be ever-worse, as the country is most possibly going to emerge as the hub of global terrorism, while lots of narco-players and drug cartels from around the world, including those from South American nations, particularly Colombia and Mexico as well as drug-dealing terrorists entities such as Lebanese Hezbollah and Palestinian Hamas would begin competing in establishing dominance in Afghan cocaine and captagon sectors, by forming deeper ties with the Taliban.

Another serious issue that everyone is feeling worried is the flood of Afghan migrants towards the western nations, where media reports are already exposing a large number of jihadists, the Taliban, Al Qaeda and Islamic State fighters succeeding in landing into western countries being melted within the crowd of refugees. While Afghan refugee issue will ultimately become a massive headache to the host nations, infiltration of jihadists definitely would pose gravest threat to national security of the US and other countries in Europe. Another important point here is, a large number of Pakistani Pashtuns are going to enter into the US and the West under the false pretense of Afghan refugees. Majority of these Pakistani nationals either have criminal past or record of affiliation with the Taliban as well as Al Qaeda and other jihadists groups. 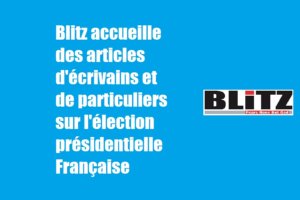 Under the current happenings, French election is seen a crucial and France too has been accepting refugees from Afghanistan. According to analysts, next week sees what the French call la rentrée – the return – when French schools re-open, the July and August holidays fade, and the political season blossoms again. From now until April the only political story there will be is who is going to be the next President of France. It may be mentioned here that, France is an important member of the United Nations Security Council and with Britain, France is Europe’s only nuclear power. For geopolitics it is by far the most important European Union nation state. EU foreign policy only happens if France says it can.

While political commentators are seeing a new president in France during the next election, experts of French affairs said, it is too early to proclaim Emmanuel Macron or Marine Le Pen or Michel Barnier or any of the seven possible candidates as the winners in the election next spring. According to French election procedure, the contest takes place at the end of April 2022 and beginning of May, with a gap of a fortnight between the two rounds. Both are necessary unless one candidate wins an absolute majority in the first round. Taking current geopolitical scenario in the world, it would be wild predicting any of the candidates winning absolute majority in the first round.

In a new study titled Les Epreuves de la Vie, France’s top political scientist Pierre Rosanvallon said the new politics is about listening to fears and uncertainties, about channeling and representing emotions – not rational, technocratic, one-national-size-fits-all state management. This at first sight may seem bad news for that ultimate French rationalist, Emmanuel Macron. It may be mentioned here that the French President described Pierre Rosanvallon as one of his mentors during his bid for presidency in 2016-2017.