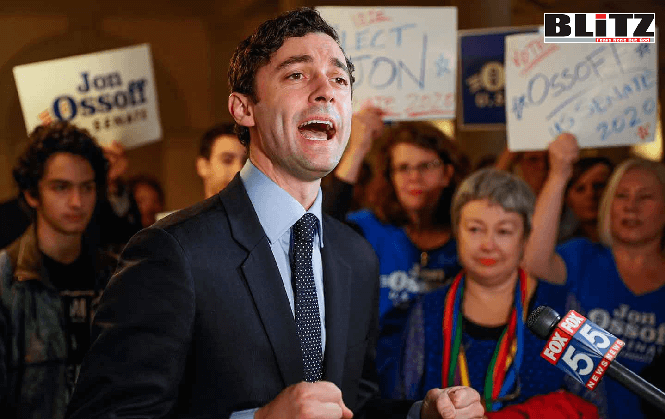 Democratic Georgia Senate candidate Jon Ossoff is keeping secrets about his foreign income, including details of a payment he got from a news agency tied to the Chinese Communist Party, reports the Washington Free Beacon.

The Ossoff campaign declined a request to review documents about the Chinese payment, telling the Washington Post “the particulars of our annual finances are confidential.”

The report, however, said Ossoff “quietly disclosed” getting at least $5,000 from PCCW, a media company in Hong Kong that is owned in part by the Chinese Communist Party.

“Ossoff failed to include the PCCW payment in his May candidate financial disclosure before revealing it nearly two months later in an amended filing. While his campaign initially blamed the discrepancy on a ‘paperwork oversight,’ spokeswoman Miryam Lipper later told the Atlanta Journal-Constitution that the payment was ‘around $1,000.’ Senate ethics rules, however, only require candidates to disclose payments exceeding $5,000.

Lipper responded by telling the Journal-Constitution that—despite falling below the reporting threshold—the payment was disclosed ‘in the interest of transparency,'” the report said.

Along with the PCCW payment, Ossoff also got at least $5,000 from the Qatar-based Al Jazeera network.

Al Jazeera is known for airing flattering footage of Osama bin Laden in the aftermath of the 9/11 attacks.

Some of Ossoff’s wealth came from a family inheritance, which he used to take control of the film company Insight TWI.

Republican Sen. David Perdue, who is vying with Ossoff in the Jan. 5 runoff election, has called the Democrat a “trust fund socialist.”

“In Georgia’s agricultural sector, the campesinos (farm workers) who work in the fields, enduring some of the most brutal conditions of labor anywhere in this country to keep America fed, paid less than the minimum wage, [are] often subject to abuse by employers,” Ossoff told a group of supporters on a video call.

“When federal agents arrive at one of these farms it should be to make sure people are being paid the minimum wage, working in humane conditions,” he added.