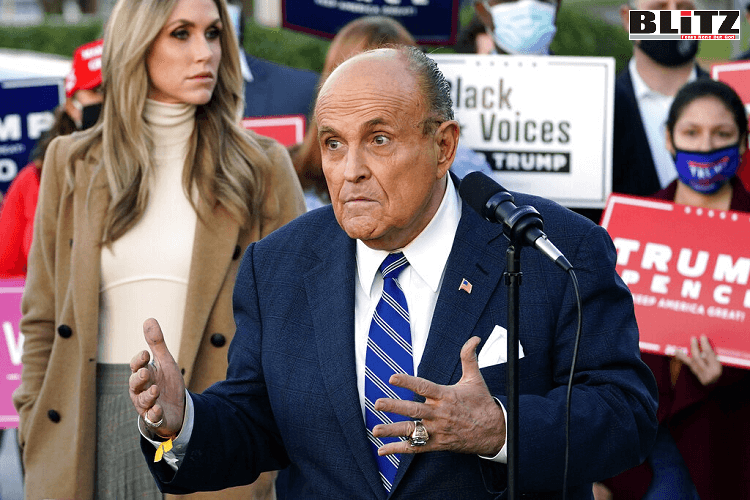 Rudy Giuliani, a Trump campaign lawyer who has been fighting election fraud in several swing states where Joe Biden was declared the victor in the 2020 race after the president appeared to have significant leads, has congratulated Georgia lawmakers for having some really resilient voters.

So resilient they can vote after they’re dead.

“That’s pretty tough to do, vote when you’re dead,” he told a legislative committee, sarcastically, as he argued that the evidence of vote fraud in the state demands lawmakers take action to prevent the wrong result – that Biden victory.

In video that appeared from the hearing, he said, “You had 10,315 people, that we can determine from obituaries, were dead when they voted.”

He also said there were problems with felons voting, people voting after they had moved, and more.

He explained there were phony votes, dead people and felons voting, but the solution isn’t complicated.

The Constitution assigns to state lawmakers the responsibility for election laws, as well as the designation of Electoral College electors to represent the state.

He charged, “Do you have the courage to put up with what’s going to happen if you in fact change that certification and do the right thing. You’ll be attacked, you’ll be pilloried, you’ll be described in all sorts of horrible ways. But you’ll wake up the next morning and look in the mirror and you’ll be able to say ‘I did the right thing.'”

He explained much of the evidence of fraud in Georgia is similar to that in Pennsylvania, Michigan, Arizona and other states.

Multiple challenges to swing state election results still are pending, some before legislatures, some in the courts, and there are plans by members of Congress to object to the vote when Congress is supposed to approve it next month.