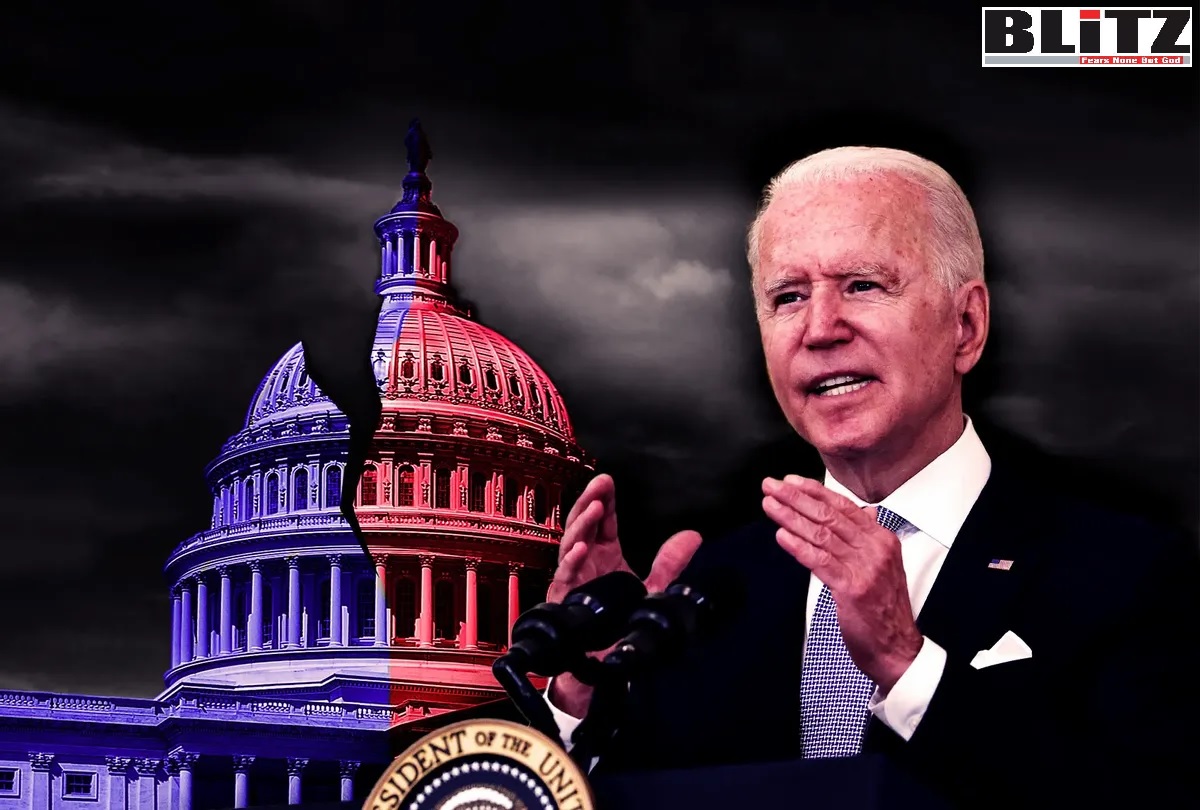 President Joe Biden’s performance in office has been so abysmal he deserves to be impeached, according to a growing number of Americans.

High inflation, skyrocketing gas and diesel prices, a nagging supply chain crisis, food and baby formula shortages, and a porous southwestern border have all contributed to equally high levels of anger, resentment, and frustration among Americans, a new survey shows.

And in fact, historically speaking, Biden’s job approval rating is getting so low that he is entering impeachment territory.

America’s mood is uneasy and worried. Amid continued inflation and stock market declines, large majorities describe their mood as such, and the percentage who call the economy bad has hit highs for the Biden presidency. The number who say things in the country are going badly overall is at the highest level of President Biden’s tenure, too, as pessimism about the market, the economy, and prices drives views looking forward — and outweighs optimism about both jobs and coronavirus, as we head into summer.

The outlet went on to report that there is optimism regarding jobs and the coronavirus, but in fact, the latter is waning after having run its course and is no longer a top concern for most. More Americans — far more — say they are concerned about their personal finances such as being able to even have enough money to buy fuel to get to work, let alone having enough left over to buy increasingly higher-priced food. Average rents are up as well as interest rates on home purchases, not to mention the price of homes in general.

On impeachment, a new shock poll from UMass Amherst Poll conducted by YouGov found that 68 percent of GOP voters want Biden removed from office if the party wins control of Congress.

“The pollster predicts pressure to impeach will only increase among Republicans,” Mediate reported, citing the survey.

While just over one-third of the poll’s 1,000 respondents (34%) say that a GOP-controlled House should impeach Biden, 68% of Republicans and Trump voters and 66% of conservatives all would like to see the President charged by Congress for treason, bribery or other high crimes and misdemeanors, the formal criteria for impeachment laid out in the Constitution. Asked if they think that a Republican-controlled House actually will impeach Biden, 44% of the poll’s respondents said they think it will, while over half of Republicans (53%) said they think it will.

“The decision to impeach a president was once viewed as a last resort to reign in a president who pushed or broke through the boundaries of our laws, values, and ethics,” said Tatishe Nteta, associate professor of political science at UMass Amherst and director of the poll.

“Today, impeachment is no longer a final option, but one of many weapons to be used in an era of rampant partisan polarization to gain an upper hand on one’s partisan opponents. With a number of Republican members of Congress calling to impeach President Biden, the chorus will likely grow louder if and when the Republican Party takes control of the U.S. House in 2022,” she added.

Some prominent conservatives have already begun calling for Biden’s impeachment.

In August, talk host and Fox News personality Dan Bongino said that “new rules are in effect” in the House after Democrats moved to impeach former President Donald Trump twice once they took over the majority in January 2019.

Bongino argued in favor of impeachment after playing a clip of conservative talk host and fellow Fox News host Mark Levin, who also made the case for impeaching Biden during an earlier appearance on colleague Sean Hannity’s show.

Bongino cited Biden’s lack of control over the US-Mexico border, saying that the president’s reversal of Trump’s enforcement policies has invited an “invasion” of migrants streaming illegally into the country.