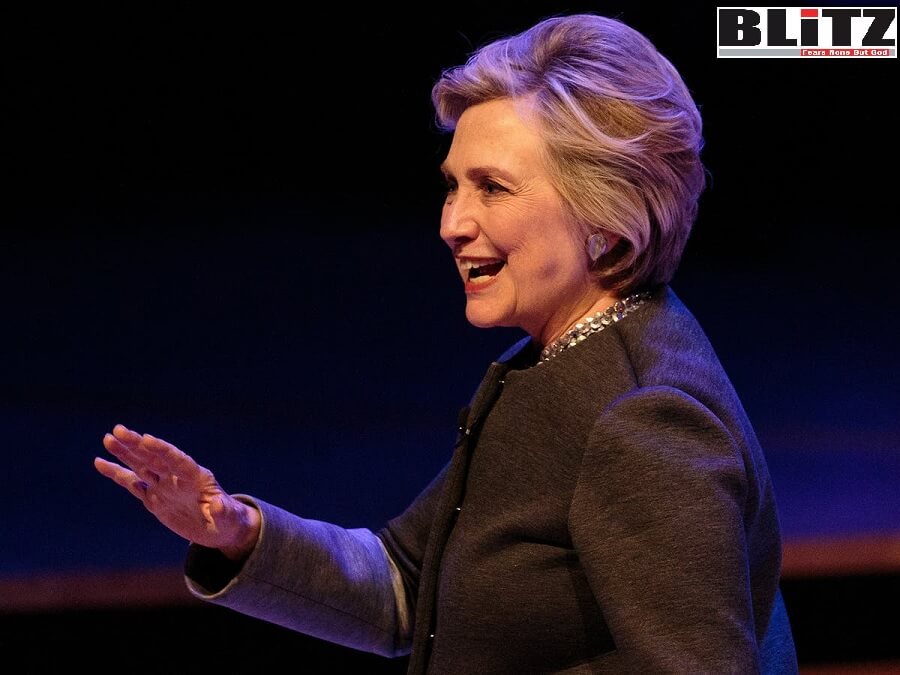 But that was not the case this week for former Secretary of State Hillary Clinton who made a humiliating mistake as she played the race card to rally for President Joe Biden’s federal voting legislation. Writes Carmine Sabia

You would think that someone who has spent their entire adult life in politics would know how many Senators are in the Senate, and which Party they belong to.

But that was not the case this week for former Secretary of State Hillary Clinton who made a humiliating mistake as she played the race card to rally for President Joe Biden’s federal voting legislation, The Western Journal reported.

“Win or lose, fighting for what’s right is always, always, worth it. Thank you to the 48 Democratic senators who voted for civil rights and our democracy last night; to @SenSchumer for his leadership; and to @POTUS and @VP for making voting rights the priority it should be,” she said.

“Forty-eight Republicans and two Democrats are in the history books for using the filibuster to do what the filibuster does best: block the right of Americans, particularly Black Americans, to vote,” she said in the deleted tweet.

And then she went on with her talking points.

“What’s next? I think we know what John Lewis would do. He would never, ever, ever give up,” the former senator said.

“First, adopt a U.S. Senate race in 2022. Volunteer, donate, talk to friends about Dem candidates who will fight for our democracy. It’s a tremendous accomplishment that we now have 48 senators in favor of reforming the filibuster to protect voting rights. We only need two more,” she said.

But saying “we only need two more” is pretty optimistic considering the Democrat Party’s chances of keeping both houses of Congress in 2022 appear to be slim.

“Second, please consider running to be an election administrator. @runforsomething, an @onwardtogether partner, will help,” she argued.

“Third: Laws that suppress—or support—the right to vote are made in the state legislatures. Pick an organization or two electing state Democrats to support. @DLCC, @sister_district, and state parties are great places to start,” the 2016 Democrat presidential nominee said.

“’I believe a vote is a kind of sacred prayer for the world we want to live in,’ @SenatorWarnock said yesterday. The fight for the vote is worth fighting. This struggle did not begin with us, and we will not let it end with us. Onward,” she said.

The thread would not have been noteworthy considering it is the same nonsense arguments being made by another Democrat who still cannot tell you who is being stopped from voting and where.

But the fact that a former senator mistook the number of senators who voted against ending the filibuster is astounding.

If it were only 48 Republicans and two Democrats that would mean one of three things.

Or it means there are 98 senators r that we have a Republican vice president.

And she needs to get her facts straight because rumors are rampant that she is planning to campaign for the third time to be President of the United States in 2024.

Human Events senior editor Jack Posobiec explained during an interview on Thursday why he believes Hillary Clinton is already well on her way to staging a political comeback and a bid for the Democratic presidential nomination for 2024.

Specifically, Posobiec, formerly with One America News, said Clinton is already putting together a campaign apparatus.

“Hillary Clinton – mark my words – is putting together a potential exploratory campaign to either primary Joe Biden – I’ve been reporting on this at Human Events for over a month, now – to either primary him or run if he does not run,” he told the Breitbart News Daily podcast with special guest host Jerome Hudson.

“We know that she’s met with Kamala Harris in the White House, so those two are cooking something up, and now all of a sudden, we see this Wall Street Journal article, Doug Schoen’s out there,” Posobiec, a former U.S. Navy intelligence officer, continued.

“Doug Schoen’s out there. Now they’re on CNN talking about, ‘Is Hillary our Beto for 2024?’ This is coming. She is looking for a comeback,” he continued.