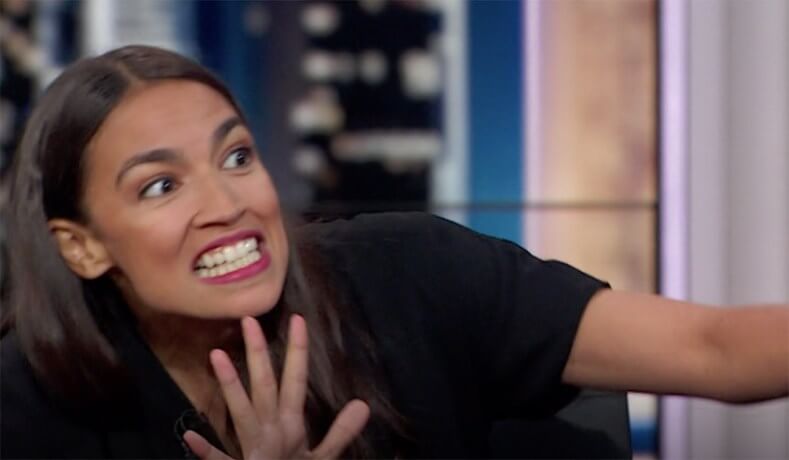 President Donald Trump calls the purveyors of fake news the “enemy of the people,” but that label also belongs to those who say they’re American but at the same time claim political adherence to socialism,” a columnist wrote.

“Socialists are the enemy of America, the antithesis of the American dream, the bold-face opposers to all that the Founding Fathers represented – to all that patriots over the long, sometimes bloody decades have fought to preserve,” Cheryl K. Chumley wrote for The Washington Times on Nov. 20.

Ocasio-Cortez, New York Democrat, said that instead of standing at the ready to go public with all her mistakes and missteps, [critics] ought to instead ‘actually step up enough to make the argument they want to make,’ ” Chumley noted.

As part of her congressional duties, Chumley noted, Ocasio-Cortez has to take this oath – and, ostensibly, adhere to its principles during her years of service: “I, [Alexandria Ocasio-Cortez], do solemnly swear that I will support and defend the Constitution of the United States against all enemies, foreign and domestic; that I will bear true faith and allegiance to the same; that I take this obligation freely, without any mental reservation or purpose of evasion, and that I will well and faithfully discharge the duties of the office on which I am about to enter. So help me God.”

Chumley asked: “How can she seriously utter those words when every fiber of her being stands in direct opposition to their original meaning?”

Compared to the Founding Fathers, “most of America’s modern politicians are quasi-socialists,” Chumley noted. “But taking the next step and allowing open socialists to serve as our political representatives? That’s an abomination.”

“It’s an abomination to the Constitution, it’s an affront to the brave patriots who risked all to fight the tyrannical king of England, it’s a face-slap to the scores and scores of military members and families who gave everything for the cause of individual freedom and it’s a stomach-churning, spit-inducing ‘diss to the millions upon millions who’ve fought in their own quiet ways to keep America the land of the free,” Chumley wrote.

“America is about the individual – about the God-given right. America is not about the ‘for the greater good’ collective.”

So when Ocasio-Cortez tweets: “Maybe instead of Republicans drooling over every minute of footage of me in slow-mo, waiting to chop up word slips that I correct in real-[time], they actually step up enough to make the argument they want to make: that they don’t believe people deserve a right to healthcare” – the proper, American response, Chumley wrote, is “Nice spin.”

“The American truth, the non-socialist true American truth – is that U.S. citizens have all the rights in the world to purchase and obtain health care for their selves and families,” Chumley noted. “They just don’t have the right to demand government via taxpayers provide or pay for it. Once again, for those in the back of the room: Government-provided, government-paid health insurance is not a right.”

Chumley concluded: “America was never intended to be a socialist country. Americans should never, no, not ever, tolerate openly socialist individuals serving us in office. Once again, it’s an abomination to all in this country that is dear.”