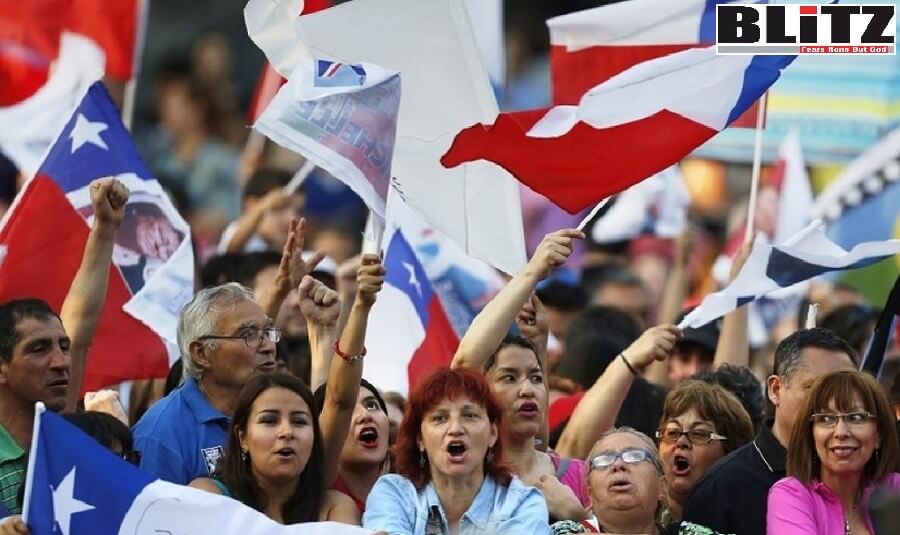 Political parties are supposed to have disciplinary and honour tribunals to assess the ideological and ethical solvency of their members and candidates. However, these bodies are de facto hopeless, where caciquism reigns, and where kinship and the money they are able to contribute from their own pockets, from the favours they do for Chile’s big businessmen, and from their fluid relationship with foreign governments and parties, are imposed. Writes Juan Pablo Cárdenas

The deception perpetrated by a constituent, who in order to be elected made the electorate believe that he had terminal cancer, and even disguised himself as a serious patient, is undoubtedly one of the most severe embarrassments of our politics. Rodrigo Rojas Vade, in addition to lying, committed a series of other crimes which, we hope, will be thoroughly investigated by the justice system.

But we do not know if this impostor will ever be punished by the courts because, as we know, legal cases involving the authorities usually go unpunished or receive very discreet sanctions. Parallel to this scandal, a right-wing candidate is now trying to reach the Senate of the Republic after having been convicted of tax fraud. And the most incredible thing is that neither of the two, having discovered their incompetence and lack of suitability, have resigned or “stepped aside”, as they now say.

What we are seeing today has been continuous throughout the post-dictatorship period. Pinochet himself should never have become a senator and with him a large number of parliamentarians involved in the most despicable episodes of the dictatorship, including ministers and undersecretaries of the military regime, senior public officials and businessmen who enriched themselves illicitly during the period in which we Chileans were banned from exercising our civic rights.

Long before the nonsense of this constituent and militant of the so-called People’s List, there were many who assumed the disguise of democrats, especially promoted by the right-wing parties, but with the complicit assent of the political organizations that formed part of the governments of the Concertación and the New Majority. The fact that the first president of the Republic after the dictator was one of the main promoters of the 1973 coup d’état and, for a long time, a fierce defender of the legitimacy of the bloody military uprising was already a source of great surprise to the world.

The Moneda and the different powers of the State have been filled with corrupt characters or at least accomplices of the systematic violations of human rights, as well as executors of a criminal economic policy that gave rise to the most dreadful concentration of wealth, the denationalization of our natural resources and, as a corollary, the most acute social inequality of our entire republican history.

All this gave rise, moreover, to the political class, a caste made up of leaders and parties from the entire ideological spectrum represented in the current legislative branch. That is, from the extreme right to the most radical left.

Although in recent months figures have been standing out who are beyond the perimeter that encompasses all those in power. Many of whom would also like to join this class or caste, and they are doing well to be accepted by it, proving that they can be just as corrupt and impostors as the others! If we consider the episode of Rojas Vade and the way in which numerous militants of the People’s List in less than two months disaffiliate themselves from this entity and try to form or join other referents.

The same has happened on the right with the nominations for the new Parliament of several figures who were previously in Renovación Nacional and the UDI and who are now seeking accommodation in other expressions that can now provide them with more votes than the ailing parties still controlled by Sebastián Piñera. Desertions have also been common in the Christian Democrats, the Socialist Party and the Party for Democracy, and among the many leaders of the United Left, first, and then the Broad Front and I Approve Dignity.

Unfortunately, the Electoral Service only has the power to exclude from the list of candidates those who make errors or omissions in the procedure, thus revealing, in passing, the lack of rigour and cleanliness of the parties to face the minimum electoral requirements under the laws that they themselves have approved.

Unfortunately, we do not have in our institutionality something like a Court of Honour that has the power to challenge those who, because of their political trajectory, should be absent for life from democratic practices and contests, especially if they have not complied with any sentence from the judges, many of whom also stand out for their lack of probity.

Political parties are supposed to have disciplinary and honour tribunals to assess the ideological and ethical solvency of their members and candidates. However, these bodies are de facto hopeless, where caciquism reigns, and where kinship and the money they are able to contribute from their own pockets, from the favours they do for Chile’s big businessmen, and from their fluid relationship with foreign governments and parties, are imposed.

All the vices that are discovered on a daily basis reveal the mutual complicity that exists within the political class to tolerate them, which implies the loss of the ideological, doctrinal and programmatic profile of the parties. And, hence, the widespread enchantment with neoliberal policies, such as the rapid and underhand parliamentary agreement to impose traps on the Constituent Convention, which are already beginning to be externalised.

Many doubts remain as to the possibilities of the constituents to arrive at a new Constitution and for it to be endorsed by the people. We already know that Pinochetism will continue to ensure that the precepts of the 1980 Constitution are renewed, seeking alliances with other sectors of political centrism. But what we must recognise is that the Convention’s stumbling blocks, up to now, have been caused fundamentally by the disorder, lack of unity and ethical solvency of the sectors of the left and the social movements that were entrusted with proposing a new Magna Carta.

Juan Pablo Cárdenas Squella is a journalist and university professor with a long career. In 2005 he received the National Prize for Journalism and, before that, the Golden Pen of Freedom, awarded by the World Federation of the Press. He also obtained the Latin American Prize for Journalism, the Houten Camara de Holland (1989) among many other national and foreign distinctions. He is one of the sixty journalists in the world who are considered Heroes of Freedom of Expression, an acknowledgment made by the International Federation of Journalists. He has been director and columnist for the magazines Debate Universitario, Analysis and Los Tiempos, as well as the electronic newspaper primeralínea.cl. He was also director of the Radio Universidad de Chile and its digital newspaper for more than 18 years. He has served as a professor at various journalism schools in Santiago and Valparaíso and at the University of Chile he reached the rank of full professor and university senator.