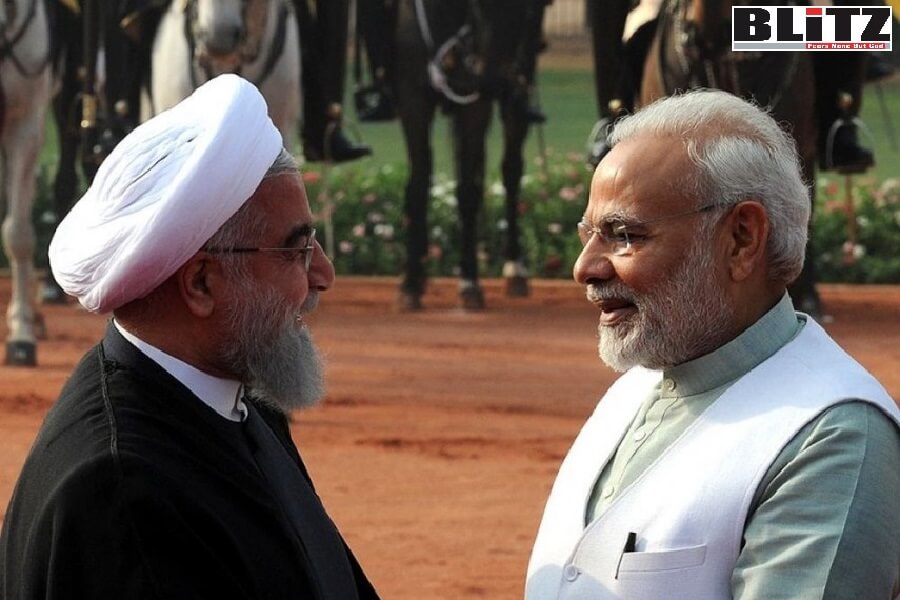 Indian policymakers are not willing to put the blame on Iran for patronizing Houthis terrorists in Yemen, Hezbollah in Lebanon and Hamas in Gaza. Instead, they are waiting for “flow of oil and other resources from Iran to India”.  Writes Mandeep Singh

With the flawed election in Iran, India clearly is in celebration mood as the country looks for further deepening relations with the terror-patron nation. One of the key reasons for India to celebrate the so-called victory of Ebrahim Raisi is his connections with the Iranian key policymakers, while Indian analysts are seeing Raisi as the “successor to Iranian Supreme Leader Ayatollah Ali Khameini”. In an article in Indian journal The Organiser, T. S. Chandrashekhar wrote: “Presidential elections were held in Iran on 18 June 2021. It was the thirteenth presidential election in Iran since the establishment of the Islamic Republic in 1979. In the Election Ebrahim Raisi (60), Iran’s judiciary chief won with 17.8 million votes in a low voter turnout in the Islamic Republic’s History. The President-Elect had close ties to Supreme Leader Ayatollah Ali Khamenei (82). He is seen as the likely successor to Ayatollah Ali Khamenei, who had the last word on all important matters of state. And his election as president could be a significant step in his ascent to the top job. In the Election, he faced former [Islamic] Revolutionary Guard commander Mohsen Rezaei who got 3.3 million votes, moderate Abdolnasser Hemmati winning 2.4 million, and Amirhossein Ghazizadeh Hashemi with 1 million nearly for now”.

Mr. Chandraskhekhar in his article further wrote: The Positive factor is, he has close ties with Iran’s supreme leader, Ayatollah Ali Khamenei. Ayatollah wants to restore a nuclear agreement with the West to lift the crushing sanctions that have kept Iranian oil largely off the market and economic recovery. However, his victory is looked down on as both the U.S. and European Union have sanctioned him. In 2019, the U.S. sanctioned him over human rights abuses, including overseeing the execution of minors, torture, and cruel treatment of prisoners. He had vowed to dismember corrupt Iranians “We will not only cut off the fingers but chop off the arms of the corrupt.” He was also involved in the 2009 Green Movement’s harsh crackdown on Iranian demonstrators and the extrajudicial killings of thousands of political detainees in 1988. He had praised the Guards for shooting down an American drone.

Despite its relations with Palestinians and Hamas, India has been looking for deepening its interaction with Iran with the aim of getting economic benefits. In the words of Chadrashekhar: As for India, happenings in Iran are very important as Iran is the center of the Middle East and the leader of the Shia Regime in the world. It is in direct conflict with ISIS. Its economy before the Pandemic was around USD 400 billion, the second largest after Saudi Arabia, it was the world’s hottest investment destination as it has opened various critical sectors including oil and gas for joint ventures and foreign capital before sanctions. India has been eyeing closer links with Iran in the energy sector. In addition, both countries’ counter-terrorism and marine security co-operation has improved. They have good co-operation between the National Security Council structures of the two countries and agreed to intensify this engagement. But the sanctions had made things difficult.

He further wrote: Finally, these elections mean a lot for India as India’s Iran Relations have become strong and meaningful with the Chabahar-Zahedan Railway link and civilization ties. Chabahar, India’s largest project in Iran, has to flourish to revive the economy. For the port to become an asset and to fulfill the ambitious plans, trade is essential. And trade is impossible without the sanctions being eased.

Indian policymakers are not willing to put the blame on Iran for patronizing Houthis terrorists in Yemen, Hezbollah in Lebanon and Hamas in Gaza. Instead, they are waiting for “flow of oil and other resources from Iran to India”.

With such dangerous mindset and its ignorance towards Iran’s notoriety in the Middle East, Israel and the world, India’s false pretense of being a “genuine friend” of Israel, Jews and even countries like Saudi Arabia should not come under doubt. Reading the mindset of the Indian policymakers, it has become clear, they are desperately looking for outlawing US and Chinese influence in the region and the continent and emerge as a global superpower. And to achieve this goal, India doesn’t hesitate in joining hands with Iran.

Disclaimer: Opinion expressed in this article is solely of the author