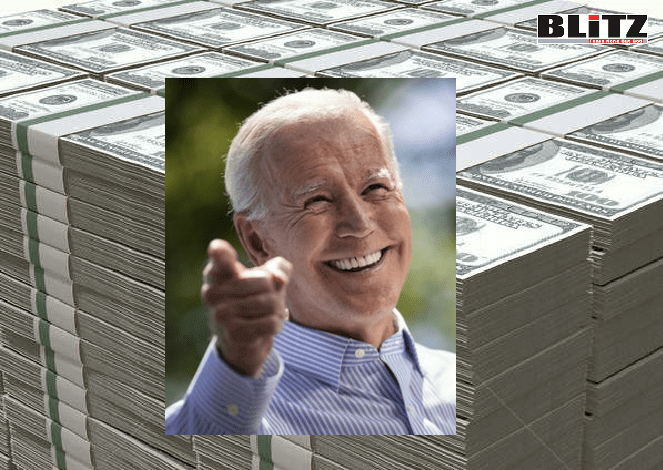 The texts cut against allegations that Joe Biden benefited financially from his son’s foreign business dealings.

“I’ll have it all paid back next week I hope,” Hunter Biden texted his father after he was asked if the transfer went through.

The texts were on a hard drive that Hunter Biden allegedly dropped off at a Delaware computer repair shop in April 2019 but never retrieved. Former New York Mayor Rudy Giuliani provided the DCNF with a copy of the drive on Wednesday.

The DCNF has not been able to review all of the more than 40,000 emails and scores of text messages on the drive, but no direct evidence has yet surfaced showing that Joe Biden reaped any sort of financial benefit from Hunter Biden’s foreign business dealings.

A cybersecurity expert previously authenticated a key email from the laptop that the New York Post called “smoking gun” evidence that Joe Biden was introduced by his son to a Burisma executive in 2015.

Hunter Biden appears to have been under financial strain around the time he texted his father asking for financial assistance. Emails and other records on the hard drive show that Hunter Biden owed $37,000 a month in alimony payments to his ex-wife, Kathleen Buhle Biden, following their divorce in 2017.

An email from the drive reveals that Hunter Biden was stuck at a rest stop on March 6, 2019, with no money to buy gas awaiting a $50,000 wire for his company, Owasco, LLC.

“Buddy do you have cash app to send me … $100 until wire goes,” Hunter Biden emailed his business partner Jeff Cooper. “I have no I have no money for gas and im literally stuck at a rest stop on 95 on my way from Boston to DC.”

On March 1, 2019, Joe Biden texted Hunter Biden about his daughter, asking: “Do you want me to do anything about Maisy dentist bill.”

“Let me know if you need anything cash,” Joe Biden said in another text to Hunter Biden on Feb. 6, 2019.

Joe Biden received a financial windfall of his own after he left the White House in 2017. He signed a book deal valued at $8 million in April 2017, according to Publishers Weekly, and he and his wife reported a combined adjusted gross income of $16.6 million in their 2017, 2018 and 2019 tax return.

Joe Biden’s offers of financial assistance came after Hunter Biden received a much-publicized May 2017 email that suggested he would hold a 10% stake in a joint Chinese business venture for the “big guy,” a reference to the former vice president, according to Hunter’s former business partner Tony Bobulinski.

However, corporate records for the joint venture reviewed by the DCNF show no indication that Joe Biden obtained any off-the-books stake in the firm when it was finalized later in May 2017.

Joe Biden campaign spokesman Andrew Bates said in a statement in October that the former vice president “has never even considered being involved in business with his family, nor in any overseas business whatsoever. He has never held stock in any such business arrangements nor has any family member or any other person ever held stock for him.”