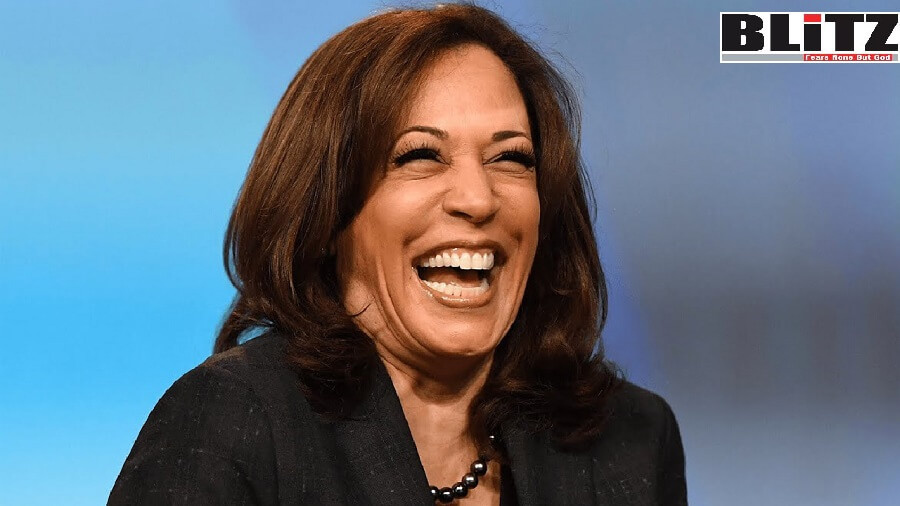 Kamala Harris is applauding Joe Biden’s “agenda” despite the fact of America’s retreat from Afghanistan is a real mess with over one hundred family members of the US troops still struck in the country alongside an imminent border crisis and economic disaster approaching fast. She believes, “passing the Biden administration’s agenda will win over voters”. Harris said: “What they want is that we’re not sitting around talking about politics — that we’re talking about, instead, the policies that are going to impact them and improve their lives. And that’s where we’re putting our attention”.

According to media reports, the comments mark the first time Harris has publicly weighed in on a wide-ranging debate among Democrats following the loss of the governor’s election in Virginia and a close victory in heavily Democratic New Jersey’s governor’s race.

Some in her party, most of them moderates, are calling for caution in handling the administration’s spending bill; the more liberal lawmakers and Harris are advocating for quick passage of President Biden’s US$1.85-trillion social and environmental spending plan, and say that such a legislative success will help on the 2022 campaign trail.

The Los Angeles Times said: “Democrats are also debating whether they need to more effectively parry Republicans’ cultural attacks and do a better job of explaining their own plans to revive the economy and support schools. The economy is a major issue on voters’ minds, particularly with reports of rising inflation. In the Virginia race, Republicans tapped the anger of parents whose children have spent much of the COVID-19 pandemic learning remotely”.

Kamala Harris made what now looks like a dire prediction for her party at her second of two October campaign rallies in Virginia for Democratic gubernatorial candidate Terry McAuliffe, telling supporters, “What happens in Virginia will, in large part, determine what happens in 2022, 2024, and on”.

She said, the passage of a US$1 trillion infrastructure bill as a “first step towards regaining voter’s support”, while acknowledged, Americans are frustrated with inflations as prices rose 6.5 percent in October – the largest year-over-year increase in more than 30 years.

While Harris said the administration was making inflation one of its highest priorities, she could not offer any solutions beyond ongoing efforts to provide programs to aid working families and to ease the supply chain crisis by expanding port operations.

“Prices have gone up. And families and individuals are dealing with the realities that bread costs more, that gas costs more”, she said, adding that people are “having to stress and stretch limited resources”. While acknowledging inflation’s toll on many families, she declined to promise that the issue would be fixed by Christmas.

Economists say, the inflation is going to continue at least until the end of 2023, if not even beyond.

In my opinion, Kamala Harris either does not realize the consequences of inflation to her party during the midterm elections in particular if they fail to address the matter forthwith, or is on purpose hiding the truth or playing deceptive tactics with the American voters.