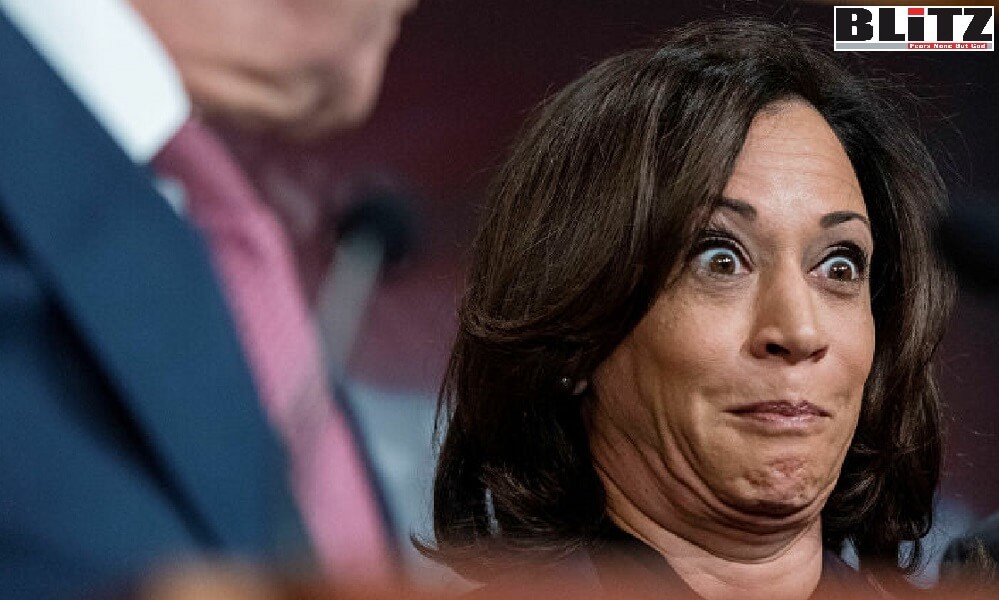 Staffers to Vice President Kamala Harris are regularly facing publicly vindicated while others say, her office environment is toxic. But no one dares uttering a word against the ridiculous actions of Harris, as they know, she is one of the worst-ever vindictive individuals, who runs the office simply as a cruel dictator. Moreover, her office aides are forced to hide each of her misdeeds – political, financial and personal. According to Insider report, several former staffers to Vice President Kamala Harris were not surprised to read reports that her office environment in the White House is being called unhealthy and dysfunctional.

According to Politico, when Vice President Kamala Harris finally made the decision to visit the Mexico border last week, people inside her own office were blindsided by the news.

For days, aides and outside allies had been calling and texting with each other about the political fallout that a potential trip would entail. But when it became known that she was going to El Paso, it left many scrambling, including officials who were responsible for making travel arrangements and others outside the VP’s office charged with crafting the messaging across the administration.

In the bombshell report the Politico said: The handling of the border visit was the latest chaotic moment for a staff that’s quickly become mired in them. Harris’ team is experiencing low morale, porous lines of communication and diminished trust among aides and senior officials. Much of the frustration internally is directed at Tina Flournoy, Harris’ chief of staff, a veteran of Democratic politics who began working for her earlier this year.

In interviews, 22 current and former vice presidential aides, administration officials and associates of Harris and Biden described a tense and at times dour office atmosphere. Aides and allies said Flournoy, in an apparent effort to protect Harris, has instead created an insular environment where ideas are ignored or met with harsh dismissals and decisions are dragged out. Often, they said, she refuses to take responsibility for delicate issues and blames staffers for the negative results that ensue.

Former staffer of Kamala Harris said they had been seeking therapy once they learned President Joe Biden picked Harris as his running mate to “resolve trauma from the on-the-job abuse” endured when they worked for Harris.

Several ex-staffers described Harris as unpredictable and said that she had a habit of hanging up the phone on her staff. One told Insider that the attorney general’s workplace was “toxic” and “reactionary”.

The dysfunction in the VP’s ranks threatens to complicate the White House’s carefully crafted image as a place staffed by a close-knit group of professionals working in concert to advance the president’s agenda. It’s pronounced enough that members of the president’s own team have taken notice and are concerned about the way Harris’ staffers are treated.

Symone Sanders, senior advisor and chief spokesperson for Harris, pushed back against the complaints and defended Flournoy saying she has an “open door policy” and that “Black women like me would not have the opportunity to work in politics without Tina.” Of the chief of staff’s anonymous critics, she added: “People are cowards to do this this way”.

Just six months in, some of those aides in the Office of the Vice President said they are eyeing other employment opportunities. Others have left already. In recent days, two top advance staffers, Karly Satkowiak and Gabrielle DeFranceschi, parted ways with Harris in what they and Harris officials said were long-planned departures, a point disputed by two other people familiar with the matter.

According to several experts of the Biden administration, Kamala Harris is pretty sure, Joe Biden will not be able to run in 2024 election, mostly because of his health issues. In fact, he was not fit to run in 2020 election though Democratic Party decided to push him in the game thinking Kamala Harris would actually take care of the majority of president’s day-to-day activities. They said, Joe Biden is even incapable of giving dictation to a letter or remember most of his daily activities.

On the other hand, Kamala Harris is a bit in hurry in seeing an end to Joe Biden much ahead of 2024 election so she could pave her path to real presidency in the next election.