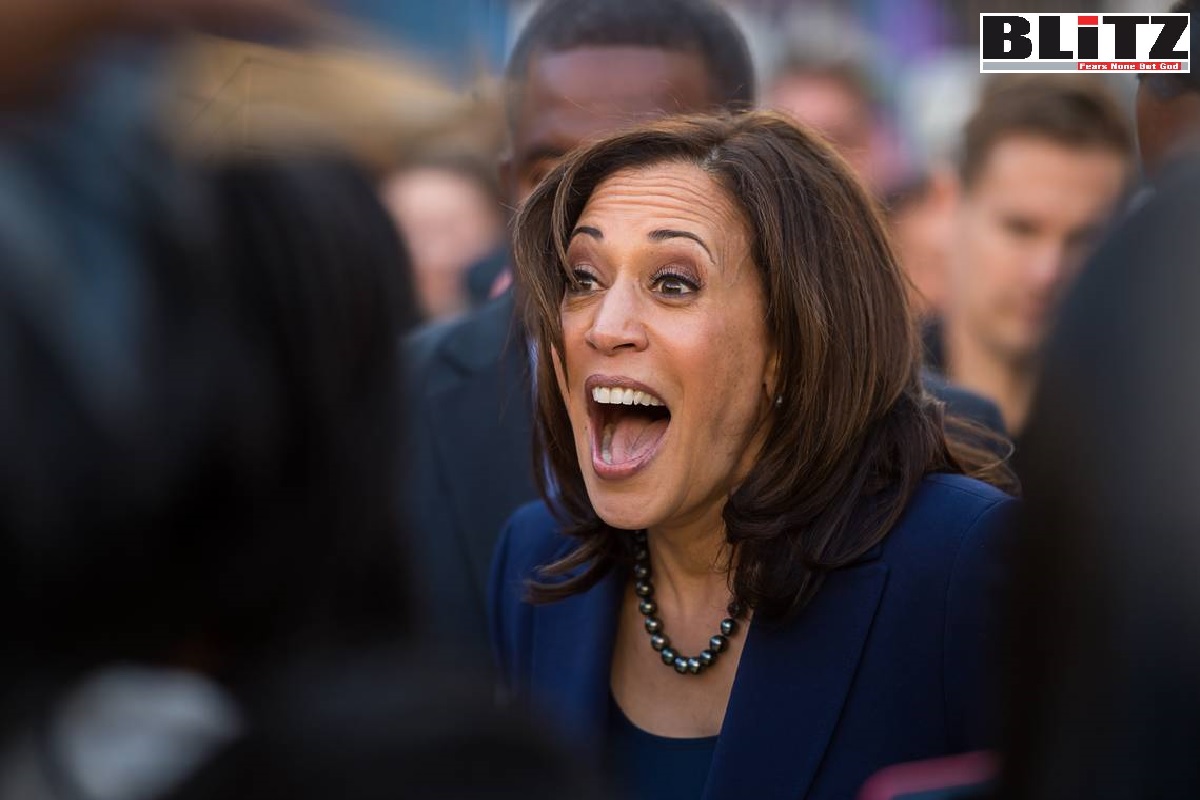 Even before a week ago Kamala Harris was confidently saying Joe Biden would run for reelection in 2024. Now she seems to have retreated from that statement.

Asked last Monday to respond to Representative Jim Clyburn (D-S.C.) endorsing her potential candidacy in 2024 if Biden forgoes a reelection campaign. “Joe Biden is running for reelection, and I will be his ticket mate”, Harris told CNN, adding, “Full stop. That’s it”.

But the White House told Harris’s traveling press pool Wednesday that the vice president wanted to clarify comments she made this week about Biden’s 2024 plans, the Washington Examiner noted.

When she was asked again if Biden was definitely running, Harris responded with a less certain tone: “The president intends to run, and if he does, I will be his ticket mate. We will run together”.

Harris’ and the White House’s clarifications come amid rising hesitancy among Democrats about Joe Biden’s competence and ability to run again moving forward.

Just days after the US Supreme Court overturned Roe v. Wade, Biden’s job approval ratings continue to crater amid a worsening inflation rate, sky-high gasoline and diesel fuel prices, and a host of other issues facing the country.

In fact, according to the RealClearPolitics average of polling, Biden’s approval rating now stands at just under 38 percent.

A brutal survey released during early June 2022 found that the vast majority of respondents do not think that President Joe Biden should run again in 2024.

According to the Yahoo/YouGov survey, 64 percent said Biden should not run, or 9 points worse than Trump.

What’s more, the same survey found that Trump beats Biden in a head-to-head rematch, according to Mediaite, though 55 percent said they did not want the former president to run again, either.

In the ‘yes’ column, Biden polled at 21 percent versus 31 percent for Trump.

There is more bad news for Biden in the survey as well. Even among Democrats, most would not encourage him to seek reelection: Just 42 percent want him to, while just over one-third, or 36 percent, said he shouldn’t.

Meanwhile, a good majority of Republicans — 58 percent — would encourage Trump to run again while just one-quarter, or 25 percent, would not.

That survey mirrored one released in December indicating a great deal of ‘buyer’s remorse’ over Biden.

According to a survey from I&I/TIPP, just 22 percent of respondents said they want Biden to run again in 2024, but just 12 percent said they want to see Harris on the ticket. However, as the Boston Herald reports, there is a bright spot in that “no favorite has emerged among the large field of potential challengers to run against Biden in the 2024 primaries”.

“It’s undeniable. Joe Biden is hurting in the polls right now and it’s due to a number of factors”, Erin O’Brien, associate professor of political science at UMass Boston, told the Herald, which added:

Those factors, she said, include the nagging pandemic, soaring inflation, lingering doubts about Biden’s foreign policy chops after the botched pullout from Kabul and lingering legislation. …

This comes as Democrats hold a slim majority in the House, where the split is 221-213, and in the Senate, at 50-50, but with Harris as the tiebreaker.

Support for former President Donald Trump remains strong among those loyal to him, so that also could be reflected in the polling that shows Biden needs to rebound or it will be too late to get much done in the second half of his tenure.

What’s more, because of the poor numbers for both Biden and Harris, neither will be of much help, politically, to Democrats who may be in swing districts and will be struggling to hold onto their seats during next year’s midterms.

“The survey reveals a set of danger signs for the Democratic Party as it prepares to defend narrow majorities in the House and Senate. Voters by a large margin see economic and fiscal issues, including inflation, as the top priorities for Washington, and they view the GOP as better able to handle them”, the paper reported.