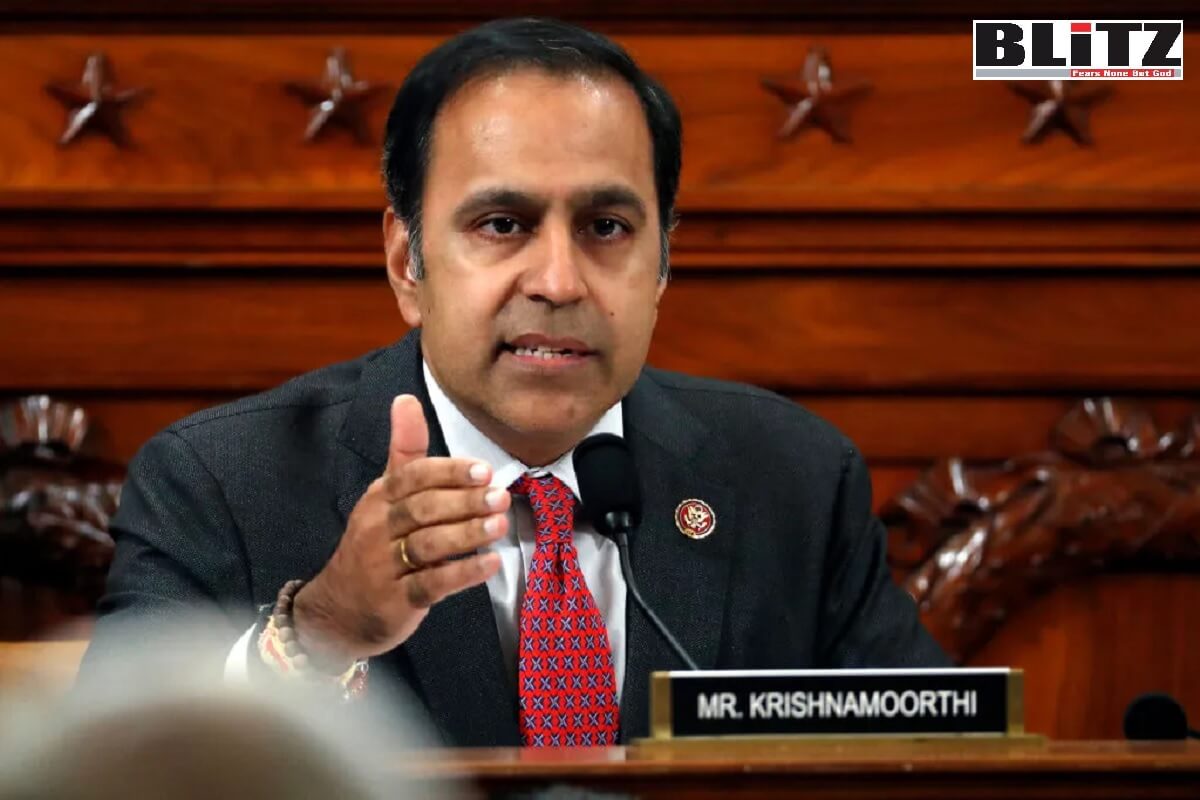 A leading House Democrat is facing an ethics investigation after agreeing to do a fundraiser with two lobbyists connected to a campaign to unseat Dan Snyder, the owner of the NFL team the Washington Commanders.

“The American Accountability Foundation says Rep. Raja Krishnamoorthi, D-Ill., may have violated House ethics rules by agreeing to appear at a May fundraiser hosted by the lobbying duo Mike and Tom Manatos. The brothers have a long history of opposing Snyder, with Tom Manatos even running a website dedicated to pushing negative content about the team owner,” Fox News reported.

“It’s clear that Rep. Krishnamoorthi, members of his staff, and perhaps others, violated House ethics rules and the federal bribery statute by raising — and agreeing to accept — campaign donations in exchange for using the power of the Oversight Committee to investigate and permanently damage the team formerly known as the Washington Redskins at the behest of wealthy lobbyists with an ax to grind against their local sports franchise,” said Tom Jones, the head of the American Accountability Base.

“The organization sent a formal letter to the House Ethics Committee on Friday urging an investigation into the congressman’s conduct. In it, the government watchdog argues that Krishnamoorthi may not only have broken House ethics rules but also could have violated federal laws regarding bribery. Krishnamoorthi has played a leading role in investigating Snyder and the Commanders as a senior member of the House Oversight and Reform Committee. House ethics rules prohibit members from accepting gifts or campaign donations if they are directly linked to official legislative business,” Fox News reported.

Mike Manatos initially pitched the fundraiser in an email to attendees as an opportunity to discuss with Krishnamoorthi the ongoing investigation into the team.

“The one person in Washington who may have found a path to getting rid of Snyder [as the team’s owner] is my good friend and Chairman of the House Oversight Subcommittee, Congressman Raja Krishnamoorthi,” Mike Manatos wrote. “Tom and I hope you can join us on May 10 as a small group of us meets with Raja to discuss his efforts.”

The timing of the fundraiser also raises questions.

Just weeks prior, Krishnamoorthi had sent a 20-page letter to the Federal Trade Commission demanding an investigation into accusations claiming the Washington football franchise fleeced season ticket holders and the National Football League.

Krishnamoorthi, who serves as chairman of the oversight panel’s subcommittee on the economy and consumer policy, has said he was unaware of the overture on his behalf. The congressman canceled the fundraiser shortly before it was set to take place.

However, questions remain about the nature of the fundraiser and Krishnamoorthi’s involvement. An invitation sent along with the Manatos email, reviewed by Fox News Digital, lists two individuals with the Strathdee Group as points of contact for RSVPs to the event. Federal Election Commission records indicate that Krishnamoorthi pays the organization $5,000 a month for fundraising consulting.

“The language in the invitation linking a fundraiser to Rep. Krishnamoorthi’s role in the investigation of the team is evidence of a corrupt quid pro quo to cause damage to the team and its leadership,” said Jones. “By canceling the event, Rep. Krishnamoorthi not only revealed his guilty conscience but also underscored the scope of his violation of both House and federal statutes.”