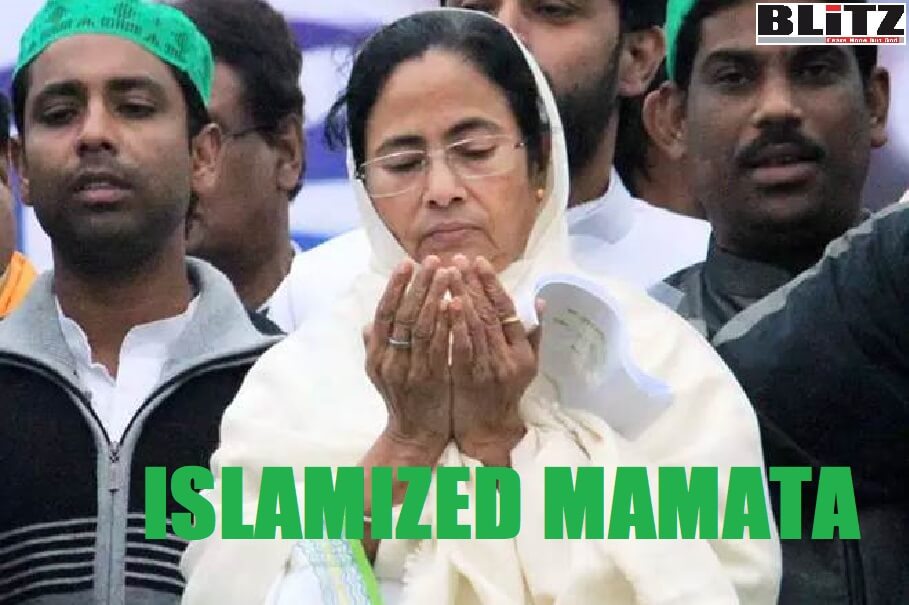 With the Chief Minister of West Bengal, Mamata Banerjee, essentially encouraging and inciting violence, Hindus in West Bengal find no respite, despite the presence of central forces, writes Ashlyn Davis

The state of West Bengal in India has a history of violence during elections dating back to the early years after independence. To prevent further bloodshed and ensure fair and peaceful elections, the Election Commission and government at the government Center decided to deploy the Central Reserve Police Force (CRPF) across West Bengal for the entire duration of elections in the state. That, however, has not prevented the Muslim-pandering state government from allowing mobs of Muslim men and women to create statewide chaos. With the Chief Minister of West Bengal, Mamata Banerjee, essentially encouraging and inciting violence, Hindus in West Bengal find no respite, despite the presence of central forces.

On April 3, 2021, MLA (Member of Legislative Assembly) Saokat Molla, a member of Mamata Banerjee’s party, the All India Trinamool Congress (TMC), addressed a crowd of followers who were mostly Muslims. As soon as he concluded his speech, his audience formed a mob and launched attacks on the members of the CRPF overseeing the area. The handful of CRPF men carrying only their service batons were outnumbered by the murderous mob, which was armed with makeshift rustic weapons. They also pounced on the members of the media who were covering the situation; one journalist had to be rushed to a nearby hospital after sustaining serious injuries at the hands of the violent mob.

This state-incited rampage should shock or surprise nobody, as Chief Minister Mamata Banerjee has provoked her followers to “gherao” Central forces on voting days. Viral videos of another MLA candidate who also belongs to Banerjee’s party, Sujata Khan, show her prompting Muslim youth with challenging statements such as “You are Muslim boys, are you so scared?”

On the fourth day of the election, a riotous mob of 150-300 attacked the Central Industrial Security Force (CISF) and polling staff at the Sitalkuchi booth in the Muslim-dominated Cooch Behar. The mob, which was carrying weapons including machetes and ladles, tried to block the security forces deployed at the booth and snatch their service rifles.

The CISF said in a statement: “Firstly, they beat up the Head of Home Guard and Asha workers who were present on the duty at the booth. CISF Booth Comdr tried to pacify the miscreants, but the mob entered the polling booth and continued to beat up the other polling staff on duty. A few miscreants tried to snatch the weapons of CISF personnel deployed there.”

In the face of this ensuing violence, security personnel fired two rounds in the air, but failed to disperse the rioters. They were compelled to fire seven more rounds at the advancing miscreants, which led to the killing of four Muslim youth and resulted in the suspension of voting in the area.

In another shocking incident, a Hindu woman was attacked and her one-and-a-half-year-old child was snatched from her arms by a mob of Muslim women seconds before she could cast her vote. The woman alleged that the violent mob ambushed the polling booth. This led to unrest, triggering firing and bombing. Police officials present there were outnumbered by the frenzied mob.

The woman recounted that while some of the miscreants pulled at her hair, some held a machete at her neck. One snatched the baby from her arms, threatening to kill it should she retaliate. “I don’t want any government… where will I find my child now?” she cried in front of reporters covering the story.

An MLA of the ruling Muslim-pleasing party was seen admonishing the hapless mother, asserting that she was making up stories. This is not the first time a leader of the TMC party has displayed abject indifference to a Hindu’s plight. In West Bengal, doctors are beaten up by Muslim mobs, police stations are set ablaze, state police are attacked by miscreants of that community with absolute impunity, and the ruling party takes no action against them.

The state machinery of the sliver of land preserved by Shyama Prasad Mukherjee to be a home for Hindu Bengalis who were bound to be massacred in East Bengal (in the former East Pakistan) has broken down, and is now serving the Muslim population. One can’t blame the administration when the elected leader, Mamata Banerjee, takes a 180-degree-turn after assuming power and openly admits to overlooking the offenses committed by Muslims because “we must endure kicks of those cows that produce milk.” Though a Hindu, Banerjee is often mocked as “Begum” by citizens and opposition alike because of her glaring appeasement of the Muslims. The state of West Bengal is a staggering example for the world of how a Muslim-pandering leader, despite being non-Muslim, inflicts unprecedented damage on her own people and treats them unfairly in her quest to keep the Muslim voting bloc satisfied.