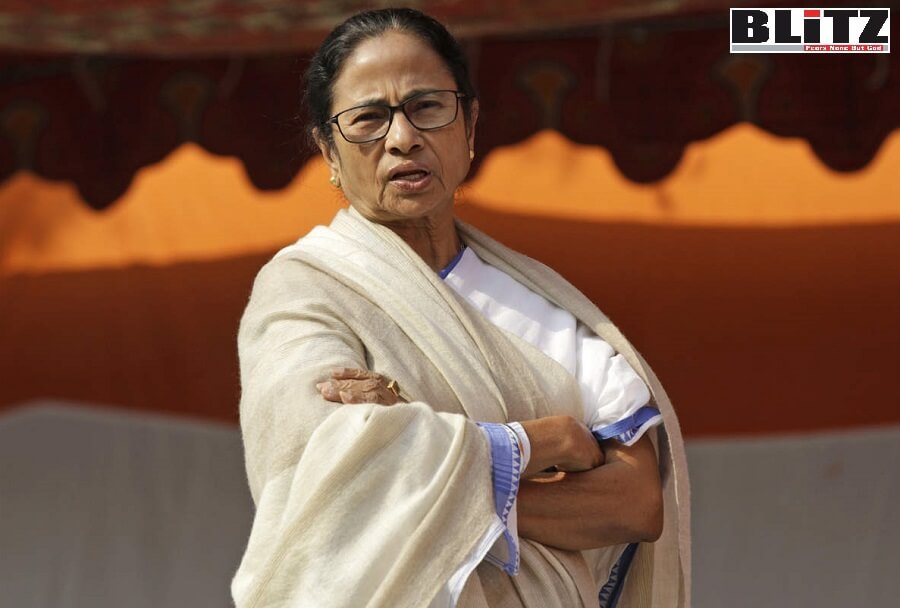 As Jinnah sowed the seeds of the division of India on basis of communal lines, the venomous rhetoric of Mamata seems to be on similar lines today. Mamata only replicated those days much to the horrid memories of the Hindus and that is the reason no action has been taken so far against those who perpetrated the heinous crime in the society. Writes Tarun Chugh

Indian democracy touched a new nadir in the recent West Bengal Assembly elections when the gory violence perpetrated by the supporters of Mamata Banerjee brought shame to the nation. Though the number of violent incidents was in hundreds before the elections yet it is the post-election violence in which women were raped and men were subjected to savage assaults by TMC goons that have caused a major worry. According to reports, about 1,700 incidents of violence, rape, loot and vandalism took place covering as many as 16 of the 23 districts in the State.

It seems we have come to medieval dark feudal age where those who stand against the feudal mindset are tortured, raped and brutally murdered. In her political quest to be a messiah of certain sections of the population and her appeasement policy, Mamata has stooped to a level never heard before. No wonder, majority of violent incidents took place in Muslim-dominated areas where Hindus and temples were targeted. Not just that even at places where the TMC won the election there were selectively ravaged by gory violence.

Imagine a CM appealing to the minorities on voting on communal lines in elections. Mamata Banerjee in her demagogy and rhetoric against the Centre instigated the people to work against the very federal and constitutional structure, be it her open inciting of violence against the Central Paramilitary forces who were working under ECI, or her diatribe against the Election Commission.

The stalling of the Durga Puja festival, especially the idol immersions, so that the Muslim community, who were incidentally having their mourning festival of Muharram at the same time, could proceed without a fuss clearly indicated her appeasement and pseudo-secular stance.

This post-poll violence is not a spontaneous eruption but a well-conspired and well-crafted strategy to create an eco-system of fear and violence which was fueled by Mamata during the election campaign period. The violence and killing of political opponents, gang-raping of women, targeting a particular community and the scene of tortured houses is forcing the people to flee and take refugee outside the state. It is nothing less than a crime against humanity. This state-sponsored violence cannot take place without the active involvement of the state administration and police. Even the Congress and Left parties slammed the post-poll violence unleashed by TMC workers on political opponents in West Bengal and said the electorate did not vote for such lawlessness.

We are, in fact, reminded of Direct Action launched by Mohammad Ali Jinnah in pre-partition days. The Direct Action Day (August 16, 1946) which is also known as the 1946 Calcutta Killings, was a day of a nationwide protest by the Indian Muslim community announced by Jinnah in which Islamic zealots unleashed violent attacks on the Hindus. Jinnah pronounced that they would either have a divided India or India would be destroyed. It led to large-scale violence between Muslims and Hindus in the city of Calcutta (now Kolkata) in the Bengal province of British India where police were asked not to interfere or prevent those indulging in violence.

As Jinnah sowed the seeds of the division of India on basis of communal lines, the venomous rhetoric of Mamata seems to be on similar lines today. Mamata only replicated those days much to the horrid memories of the Hindus and that is the reason no action has been taken so far against those who perpetrated the heinous crime in the society.

The post-poll violence led by Mamata Banerjee is nothing but a ploy to divide the secular and harmonious culture of Bengal based on communal lines. It is not only dividing India on communal lines but also ‘destroying’ the very idea of India of secularism, cooperative federalism and mutual co-existence. It will indeed have long-term repercussions on the secular and national fabric of the idea of India in times to come.

More starkly the message is that of annihilation of democracy in order to make voters perpetually live in fear in case they did not vote for the ruling party. Such nerve-chilling repercussions were not observed even during the times of the Left rule which continued for more than 30 years in the State.