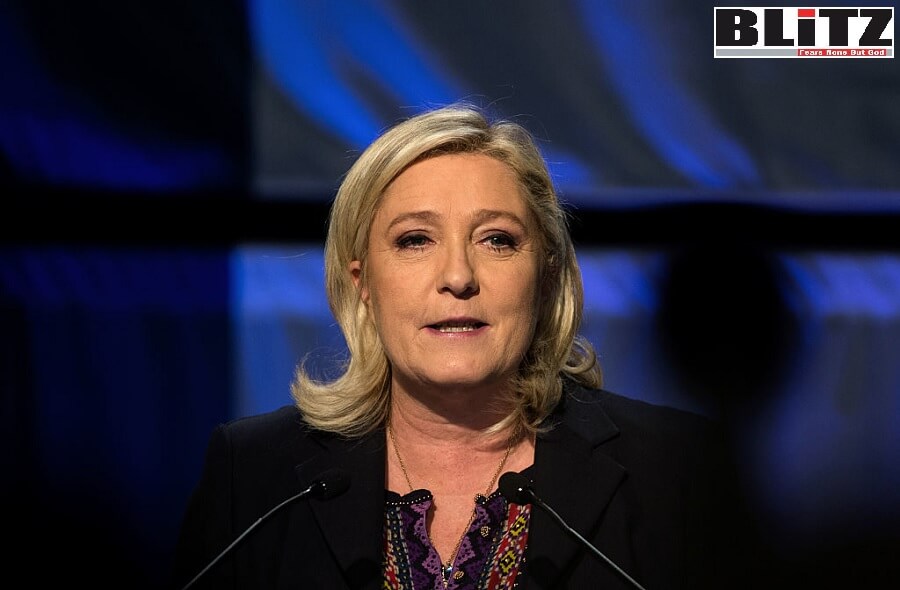 French Presidential candidate Marine Le Pen (who heads for the second round to be held on April 24) has vowed to pull France out of NATO’s military command. Writes Uriel Araujo

NATO now has become one of the most important issue in Europe, with the new developments in Sweden and Finland, and electoral impacts in France. French Presidential candidate Marine Le Pen (who heads for the second round to be held on April 24) has vowed to pull France out of NATO’s military command. It would not be unprecedented, as the country did it in 1966. Le Pen claims the alliance structure “perpetuates the anachronistic and aggressive logic of the Cold War bloc”.

France was one of the Alliance’s founding members in 1949 and even hosted it for 15 years. This was a major event in French history. To help French ordinary citizens to accept the presence of foreign troops on their territory in times of peace, films like À votre service were shown in movie theaters, as part of a NATO PR campaign, so to speak. France’s relationship with the Anglo-Saxon structure (which is hegemonic within NATO), and with the alliance itself has always been complex, and Le Pen’s promise should be understood in this context and not necessarily as mere “extremism”.

In doing so, if elected, Le Pen would be in fact following the steps of general Charles de Gaulle (who ruled the country 1940-46 and 1958-1969). The conservative French leader wanted a truly independent nuclear France who would engage with Washington on more equal terms, becoming perhaps a kind of third force in the then Cold War’s bipolar world and even possibly reaching a détent with the USSR. The British-American “special relationship” was seen by him as detrimental to Europe.

Moreover, the US veto power regarding nuclear weapons also prevented Paris from pursuing its own atomic goals. Unable to place France in the tripartite directorate he proposed in his 1958 memorandum to US President Dwight Eisenhower and UK Prime Minister Harold Macmillan, de Gaulle refused to sign the 1963 agreement against nuclear testing – and, by 1969, France was already a fully-fledged- nuclear power. He also vetoed British entry into the European Union in the same year and, in 1964, told West Germany it should cease to follow a policy subordinated to Washington and adopt one for European independence (albeit not hostility). Of course, no NATO country followed his lead.

Isolated, France went on to withdraw from the Alliance’s so-called integrated military structure in 1966 (although not completely leaving the Treaty) and expelled all of its headquarters and units on French territory. It was President Nicolas Sarkozy who finally ended Paris “estrangement” from the organization in 2009 – so it took 43 years for Paris to change its course.

Even though Paris still hosted some NATO meetings and civilian structures, the spirit of Gaullism still shaped to some degree French strategic thinking during the Cold War, and the NATO-France relationship alternated between phases of rapprochement and tension. It was President Miterrand who started to bring France back into the Alliance’s integrated military command. And even so, it has been a kind of “flexible membership” (as it is often described).

Charles de Gaulle was one of the most important political leaders of the 20th century and even so, France remained relatively isolated in the European continent pertaining to its stance on NATO during the time of his leadership. He also faced several challenges, as the European countries acted in concert to try to neutralize many of his efforts. One cannot really tell whether Le Pen would be up to such a task, and estranging from NATO in any case is obviously not so simple, but the current situation on the other hand is also full of contradictions from a French and European perspective.

Meanwhile, on April 13 both Finland and Sweden took a major step towards joining NATO. In their joint press conference, the Prime Ministers Sanna Marin (Finland) and Magdalena Andersson (Sweden) both claimed that the security landscape in the continent has changed. Marin stated that Finland which shares a border with Russia will decide within weeks whether to join the Alliance. While a tight majority in Sweden now are in favor of joining the Atlantic Alliance, according to a recent poll, about 70% of Finnish people back it and this figure has more than doubled since the current Russian-Ukrainian war started.

Currently, both Nordic countries are NATO partners, since they abandoned their previous neutral stance by joining the European Union in 1995 and thus take part in military exercises and intelligence exchange, but they are not full-fledged members. Both countries were publicly assured by NATO secretary general Jens Stoltenberg that their applications would indeed be welcome, and they also received public support from Germany, France, and the UK. Joining or leaving the Alliance is not so simple – an application to join it  must be accepted by all 30 member states, and this should take a minimum of four months and probably at least a whole year to be processed. In any case, it will be seen by Moscow as yet another provocation, amid a situation of escalating tensions.

Experts such as University of Chicago political scientist  John Mearsheimer have been warning since 2014 that the ongoing Ukrainian war was mainly the West’s fault and Mearsheimer maintains it remains the West’s fault to this day. NATO’s constant expansion breaking the 1990 promises that were made during the fall of the Soviet Union as well as Washington’s policy of “encircling” and “containing” Moscow have cornered it to its limits. As Russian President Vladimir Putin said in December 2021: “What would Americans do if we went to the border between Canada and the U.S. or to the border with Mexico and deploy our missiles there?” Mearsheimer also warns that should tensions escalate, there is a real risk of a nuclear war.

Today the world faces the risks of a global food crisis and hunger, as well as on-going international energy crises, and a migration crisis in Europe. It is up for responsible Western leaders to open communication and dialogue channels with the Kremlin. Further provoking Moscow at this point is simply irresponsible and not in Europe’s best interests. France could thus play a key role in the continent. The EU in fact now faces the hard choice between being a self-dependent Europe or an Atlantic Europe.