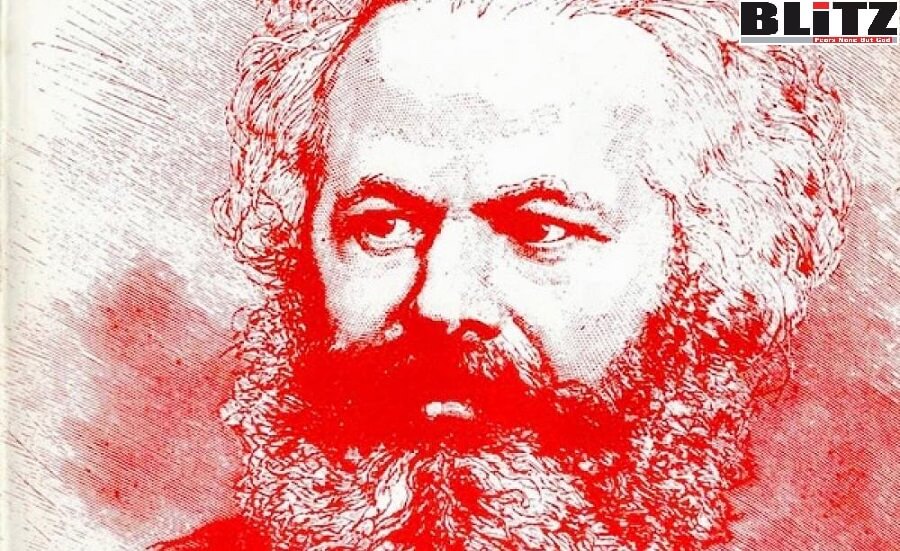 Marxism is the Theranos of politics. It’s a political pyramid scheme that promises to help its followers steal from others to create equality. And its political schemes always end the same way in tyranny, failure, and death. Evil carries within it the seeds of its own destruction and Who Was Karl Marx?: The Men, the Motives and the Menace Behind Today’s Rampaging American Left is a handy guide to the evil that has manifested itself among us in all its destructiveness. Writes Daniel Greenfield

Karl Marx is over two centuries old. Ideas that used to be radical have long since become stale. Socialism is about as new and exciting as the telegraph or Bernie Sanders. Marxism is most likely to be studied in the countries where, as its proponents claim, it’s never really been tried.

Who was Karl Marx beyond the bearded guy on t-shirts in Berkeley and Austin?

In Who Was Karl Marx?: The Men, the Motives and the Menace Behind Today’s Rampaging American Left, investigative journalist James Simpson paints a scathing picture of Marx, his disciplines, and the political movement created by the fake prophet of a real catastrophe.

Does it matter that Marx was a virulent bigot, that he hated most people, and even sired an illegitimate son, kept him in poverty, and never let him go past the servants’ quarters?

It might not matter if Marx were just a writer whose work was disconnected from his loathsome personality, but Simpson convincingly argues that, “progressivism’s end  product  is merely the  reflection of Marx’s personality, played out to devastating effect on the world stage.”

Marxism, in other words, is terrible because Karl Marx was a miserable human being.

The same holds true for much of the Left. Its theories don’t just fail because they’re poorly thought out, but because they’re expressions of malice directed at the rest of the world.

But Who Was Karl Marx? is not a biography of Marx, so much as it’s a sketch of key leftist figures, and the influence of their ideas on the present. The book may begin with Marx, but it goes on to Black Lives Matter and Antifa. It touches on Lenin’s obsession with destroying his opponents through relentless dehumanization and smear campaigns in order to clarify the contemporary leftist obsession with political correctness and cancel culture.

The war on truth and reality are not an accidental derangement, but a calculated strategy.

“We are actually witnessing a Communist overthrow of the United States in real time,” Simpson writes. The smart set would sneer at such descriptions, the way that they did in the thirties and then the fifties. Dismissing talk of Communist conspiracies has been the way of Manhattan and Los Angeles cocktail parties for over a century. But that hasn’t gotten rid of the conspiracies.

Communism, like Marxism, is a name, and leftists are adept at conspiring and branding.

American Communists created an army of front groups, a practice that Simpson also traces back to its origins. The name changes and technical distinctions are a hollow exercise and within that hollowness are some of the same terrifying beliefs and agendas that animated the Weathermen and that fuel the radical agenda of the party that used to be the Democrats.

Cultural warfare, like Marx’s doctrines, is not a new idea. Neither is the reliance on identity politics or the war on truth. The Left does not create new ideas, rather it renews them.

The insistence that leftists have come up with some new ideas, when their new ideas are just the same old ones cloaked in a new flavor of identity politics or climate alarmism is gaslighting. Just because class warfare was swapped out for racial and then sexual identity politics, or because predictions of a new ice age were replaced with global warming and then the generic climate change doesn’t mean that leftist agendas are new, only that they have been rebranded.

Attacking truth and reality are also strategies, as Simpson writes, “to unhinge our society from  any and all anchors to reality, stability and security, to strike fear into our hearts, and to make us desperate for it to stop. I call it psychological terrorism.”

As America debates critical race theory, Who Was Karl Marx? notes that Marx had called for “a ruthless criticism of everything existing”. Obviously that is a privilege that the Left reserves for itself. While its activists and agitators have the right to criticise everything, they are immune from criticism. Critical race theory advances radical criticisms of America, but any criticism of it is deemed racist. The Left’s idea of criticism is not a marketplace of ideas, but a cultural tyranny.

Marx’s own brand of criticism was hateful, ignorant, and racist. And despite reserving the right to criticise everything, he was thin-skinned to the point of violent derangement, responding to any disagreement with frenzies of rage and vendettas that would last for decades. The revolutionary leader was, like most leftists of the period, more consumed with fighting other leftists.

While Marx took few risks, those who did soon came to regret ever trusting him.

“He laughs at the fools who repeat after him his proletarian catechism,” one revolutionary later noted. Another accused him of being a secret government agent, alleging that, “everyone who engages in political machinations with Marx and his associates will sooner or later fall into the hands of the police” with “the instigators, Marx & Co. are of course sitting in London out of reach.”

Such allegations might seem implausible except when you consider how Lenin was delivered to Russia in a sealed car and how Stalin acted as an informant for the Czarist secret police. The best way for a professional revolutionary to remain safe was by playing both sides.

If Marx had indeed been playing both sides, betraying revolutionaries and collecting money from government agents, he would not have been the first or the last. One of the enduring features of leftist groups is their abusive contempt for their own members and allies. As bosses, leftists are the worst slave drivers, as feminists, they turn out to be rapists, and as revolutionaries, tyrants.

As Simpson writes, “They think they can replace God. But instead, they just act out what they are at the core: entrepreneurial parasites; greedy, manipulative, megalomaniacal psychopaths.”

Leftist politics is a school for sociopaths who aspire to manipulate and destroy others. The techniques laid out in Who Was Karl Marx? make it a particularly potent guide for megalomaniacs, but beyond being a guide to seizing power, the policies don’t actually work.

Marxism is the Theranos of politics. It’s a political pyramid scheme that promises to help its followers steal from others to create equality. And its political schemes always end the same way in tyranny, failure, and death. Evil carries within it the seeds of its own destruction and Who Was Karl Marx?: The Men, the Motives and the Menace Behind Today’s Rampaging American Left is a handy guide to the evil that has manifested itself among us in all its destructiveness.

And finally to the ways we can fight back against the Left and defeat it before it destroys us.