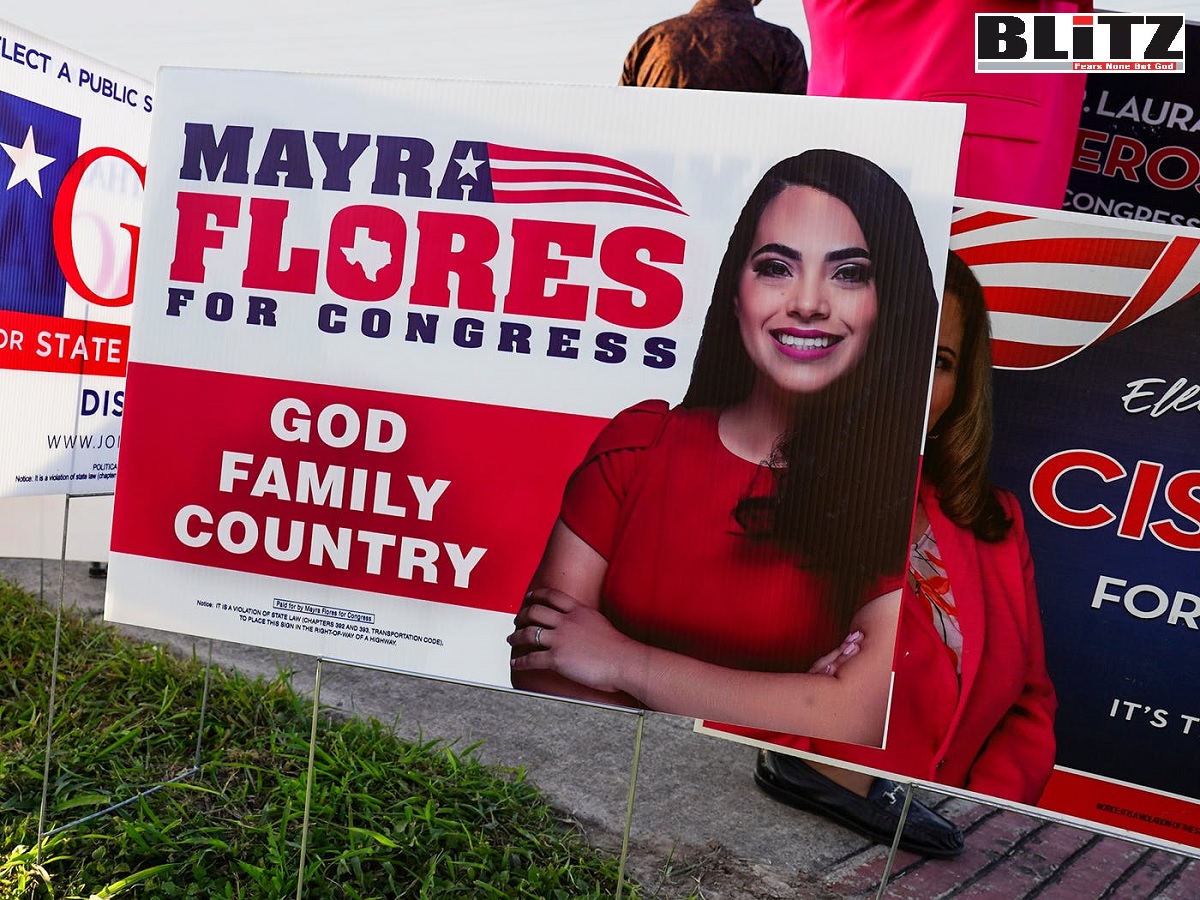 If record-high inflation that has led to skyrocketing prices for food, diesel fuel, and gasoline wasn’t enough for South Texans, President Joe Biden’s lax border security policies were and that is why, Mayra Flores, the first Republican in 150 years, has flipped a blue seat red in a deep blue border enclave of the Lone Star State, according to preliminary election results Tuesday evening.

Her race is likely a microcosm for what is to come in the November midterms as Biden’s popularity has tanked along with the economy and border security.

“In her victory tonight, Republican @MayraFlores2022 flipped 85% Hispanic Cameron County in Texas. Hillary Clinton won Cameron by 33 points in 2016 and Biden won it by 13. The Hispanic shift to the GOP is the most important story in American politics today”, added PR specialist Giancarlo Sopo.

“Republicans have been eager to flip the seat as part of their new offensive in South Texas after Biden’s underperformance throughout the predominantly Hispanic region in the 2020 election. Flores and her allies spent over US$1 million on TV ads in the special election,” the Texas Tribune reported.

“The dynamic put Democrats into an unusual underdog position in a region of the state they have long dominated. Vastly outspent by Flores, Sanchez repeatedly compared the special election to a David vs. Goliath fight, with himself playing David,” the outlet continued.

“There is a political earthquake happening in Latino politics in South Texas and there is a reason I have been saying it will be voting like West Virginia”, he tweeted. “But like @SeanTrende , I expected this in two decades. #TX34. This should be a five-alarm fire for Democrats”.

Also, Hispanics are likely turned off by the Democrat Party’s far-left cultural push.

In December, a survey released by a top Democrat firm specializing in Latino outreach found that 40 percent of registered voters of Hispanic/Latino origin residing in the U.S. said the term “Latinx” bothers or offends them to some degree and 30 percent said they were less likely to support a politician or political organization using it.

Just 2 percent of those polled refer to themselves as “Latinx” while 68 percent call themselves “Hispanic” and 21 percent favor “Latino” or “Latina” to describe their ethnic background, according to the survey.

It’s not the first time the term has come under scrutiny. A Pew Research poll released in August 2021 found that just 3 percent of U.S. Hispanics used the term while 25 percent had heard about it.

“The numbers suggest that using ‘Latinx’ is a violation of the political Hippocratic Oath, which is to first do no electoral harm”, pollster Fernand Amandi, whose firm advised Barack Obama’s successful Hispanic outreach nationwide during his two presidential campaigns, told Politico. “Why are we using a word that is preferred by only 2 percent, but offends as many as 40 percent of those voters we want to win?”

Then-Virginia Republican Attorney General-elect Jason Miyares, the first Hispanic to hold that office in his state — said the word offends most Latinos.

“By insisting on using the incorrect term Latinx, progressives are engaging in a type of cultural Marxism, a recast of societal norms”, he told Politico.

“Latinos don’t use the term — only upper-educated white liberals who hardly interact with the Latino community. I believe that every time they use the term Latinx, they lose another Latino vote”.