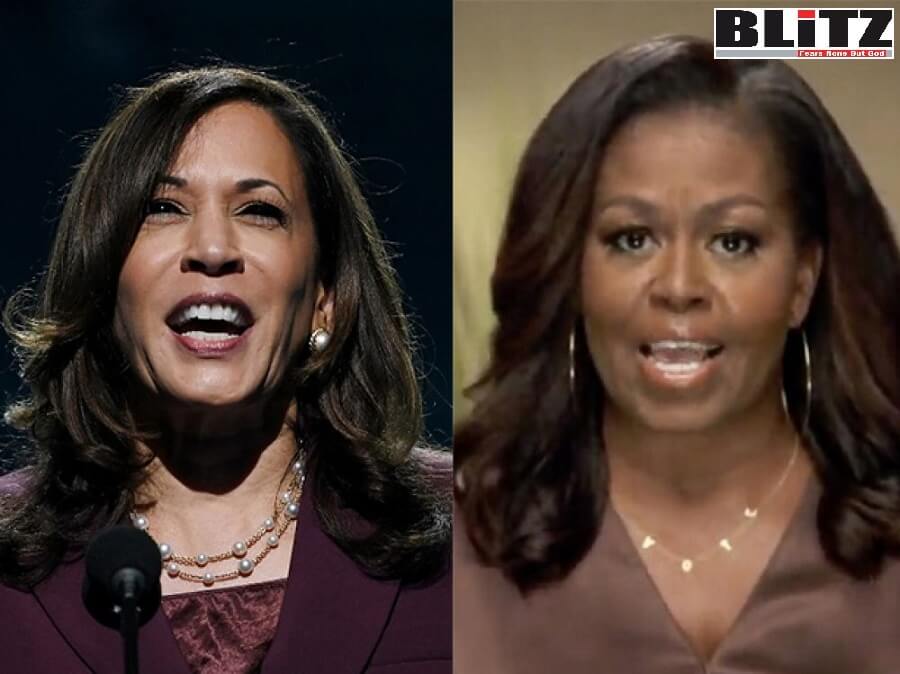 It seems Democratic Party is seeing their best candidates for running in 2024 president election either in Michelle Obama or Kamala Harris.

A new survey revealed that the two most popular Democrats ahead of the 2024 presidential election should Joe Biden decide not to run, or be unable to run, are both black women.

The survey had Harris leading a handful of Democratic candidates with 13 percent of support, followed by Michelle Obama who had 10 percent.

Other candidates listed in the poll include several Democrats who previously ran for president in 2020.

Yang withdrew from the party several months ago.

In addition, 36 percent of respondents said they were not sure whom they preferred, while 13 percent said they are looking to another candidate that is not listed in the poll.

The survey results don’t seem to reflect the reality of Harris’ overall unpopularity, however.

In late October, a project run by the Los Angeles Times which tracks opinion polls from around the country revealed she is less popular than Biden and many of her own predecessors.

Since taking office, Harris has been assigned one of the administration’s thorniest issues: stemming the influx of immigrants attempting to cross U.S. borders. Republicans have sought to make her the face of an issue that they believe could help them politically.

It may be mentioned here that, the current approval ratings of Kamala Harris is sunken deep into water while she already is seen by most of the White House insiders as “disastrous” and unfit to be the Vice President of the United States. Still, an old Joe selected her as his “running mate” just because he was not willing to pick up someone who would be repeatedly proving him as worthless through actions, efficacy and experience.