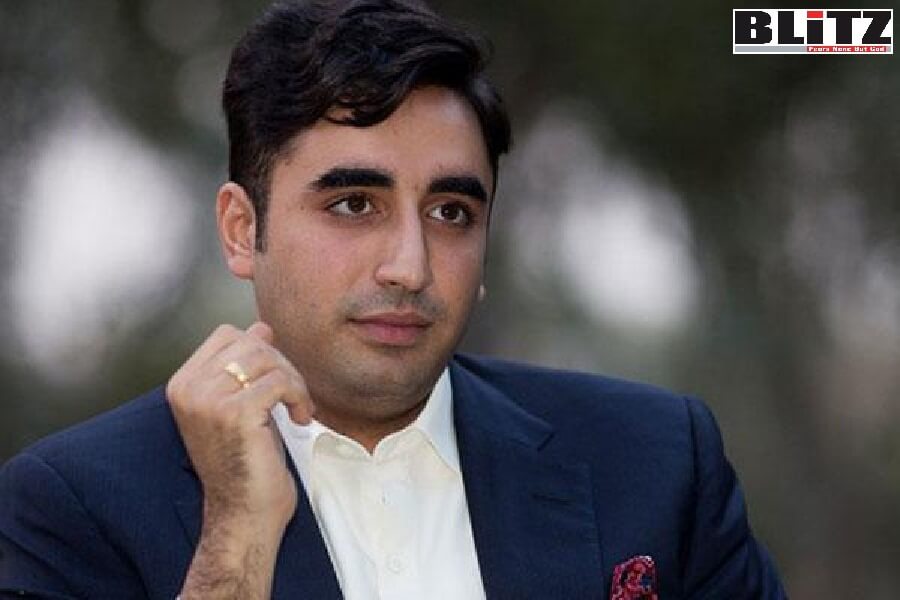 Should Pakistanis have any alternative, they would have trashed Bilawal into the bins. But, in Pakistan, dynastic politics is such deep-rooted that people have to mostly accept even those most scandalous, controversial and corrupts as their leaders. So, a playboy Bilawal Bhutto is already seen as the next Prime Minister of the Islamic Republic of Pakistan! Writes Vijaya Laxmi Tripura

Hope We aren’t forgetting the juicy romance between Pakistan’s former foreign minister Hina Rabbani Khar and member of the Bhutto Dynasty in Pakistan People’s Party – Bilawal Bhutto Zardari. The news about secret romance between Bilawal and Hina had rattled Pakistan’s ruling elites. Political pundits in Islamabad were even predicting a “political doom” for Bilawal Bhutto as in the conservative Islamic society in Pakistan might accept the illicit affairs between the PPP [Pakistani People’s Party] boss Bilawal and Hina Rabbani Khar [wife of millionaire Feorze Gulzar and mother of two daughters]. Should Pakistanis have any alternative, they would have trashed Bilawal into the bins. But, in Pakistan, dynastic politics is such deep-rooted that people have to mostly accept even those most scandalous, controversial and corrupts as their leaders. So, a playboy Bilawal Bhutto is already seen as the next Prime Minister of the Islamic Republic of Pakistan!

The next general elections are scheduled to be held in Pakistan less than 60 days after the dissolution of the National Assembly, which is set to dissolve on 13 August 2023, unless dissolved earlier: in which case the election shall be held within 90 days after dissolution. But there are sharp speculations of the National Assembly being dissolved much earlier, as Prime Minister Imran Khan and his Islamist government are going to fall under international scrutiny pretty soon because of their extreme intimacy with the Taliban and other radical Islamic militancy groups in Pakistan and Afghanistan. Some of the western analysts are seeing Imran Khan as the “Taliban PM in disguise in Pakistan” while others said, Imran Khan is no better than those blood-seeking and murderous Taliban leaders.

Imran Khan too was pretty famous as a playboy during his younghood and even couple of years before he became country’s Prime Minister after marrying a mysterious female named Bushra Maneka Bibi, who is rumored to be practicing black magic and maintaining regular contacts with ghosts and souls of the dead.

According to media reports, Imran Khan had started seeing Bushra Maneka for “spiritual guidance” since 2016. The duo got married in a private ceremony in February 2018. A playboy Imran Khan was very impressed by Bushra after their first brief meeting. Bushra Riaz of the Wattoo clan is also known as Pinky ‘pirni’ (holy woman) or Pinki Bibi in Pakistan.

However, later it was reported in the media claiming that Bushra Maneka has “two jinns” at her disposal. The report added that she feeds huge quantity of “cooked meat” to the “jinns” in order to make the impossible possible.

The story about Imran-Bushra romance went on circulating in Pakistani society stating the lady had her prophetic vision that no quantity of cooked meat would be enough to realize Imran Khan’s ambition of becoming the Pakistani PM.

A voice told her that if Imran Khan wanted to become the Pakistani PM, it was necessary for him to marry the right woman, i.e. one of the family members of Maneka.

A version of this rumor suggested that Maneka had earlier asked Imran Khan to marry her sister; another account claims that she had offered her daughter. However, Maneka dreamt once again and this time, the voice told her that she, a married woman and a mother of five, would have to marry Imran.

Bushra Maneka’s husband then agreed to give her a divorce, hailing Imran Khan as a “disciple of our spiritual family”.

Interestingly, Khawar Maneka, Bushra’s ex-husband has studied in the United States and was said to be one of the rich students from Pakistan.

Known for his inclination towards Sufism and mysticism, Khawar Maneka and Bushra used to travel from Lahore to Pakpattan to pay their respects at the 13th-century mystic Baba Fariduddin Ganjshakar’s shrine every year.

A report says that Imran Khan was very impressed by Bushra after their first brief meeting. During the later meetings, Bushra often gave verses to Imran Khan to recite and also gave him a ring with stone to draw good fortune.

Prior to becoming Pakistan’s Prime Minister, Imran Khan had not only married Bushra, he also had placed her into his highest esteem.

Hearing about Bushra Maneka Bibi’s supernatural powers, people started asking, if jinn really have supernatural power. Answering this, one of the researchers on the topic said: “Obviously, it’s a ghostly apparition and yes, it has the same ability power, as People. However, it is a supernatural humanoid that does have the ability (the supernatural energy) to do any of their paranormal factors four times more rapidly (powerful), then any human being.

“If someone gets a glimpse of a ghostly apparition, for example, it is actually walking or standing in a supernatural dimensional setting (think of it, as a dimensional room within someone housing rooms ), it an invisible supernatural space to our human eye, or least, until the apparition lower itself to our (dimensional), the human setting, and has the ability to allows us to witness its ghostly presence and dissipate instantly. In other words, a ghostly apparition exists in higher dimensional plain and if we could rise above ourselves, perhaps, supernaturally to a higher dimensional plane, you would probably see their ghostly humanoid’s presence. This is the reason, physic “MEDIUM” has the ability to communicate with entity, and at times influence an apparition to vacant someone paranormal hunting habitation—a Medium has a dimensional setting that is much higher than the average humans. Recollections, some benevolent or malevolent ghostly apparitions are more powerful than the average humanoid and can carry-out dispensable supernatural instructions, for a significant paranormal circumstance”.

Well, I am not going to buy this theory until can see something with my own eyes.

For a playboy like Imran Khan, his sudden interest towards spirituality and marrying a mother of five children just for the cause of becoming the Prime Minister is something very much a mystery. While Bilawal Bhutto Zardari has already started dreaming of becoming Pakistan’s next Prime Minister in 2023, can Bushra Maneka Bibi’s spiritual power now stop things going in favor of Pakistan People’s Party and help her husband – Imran Khan remain in power for at least another term, if not eternally.

While people might be seeing Bushra Maneka Bibi’s spiritual hands behind Imran Khan’s premiership, no one is considering another key factor – While Manekas are influential family – the Pinky Pirni has hundreds of her devoted followers within Pakistan’s civil-military bureaucracy, including its spy agency ISI.