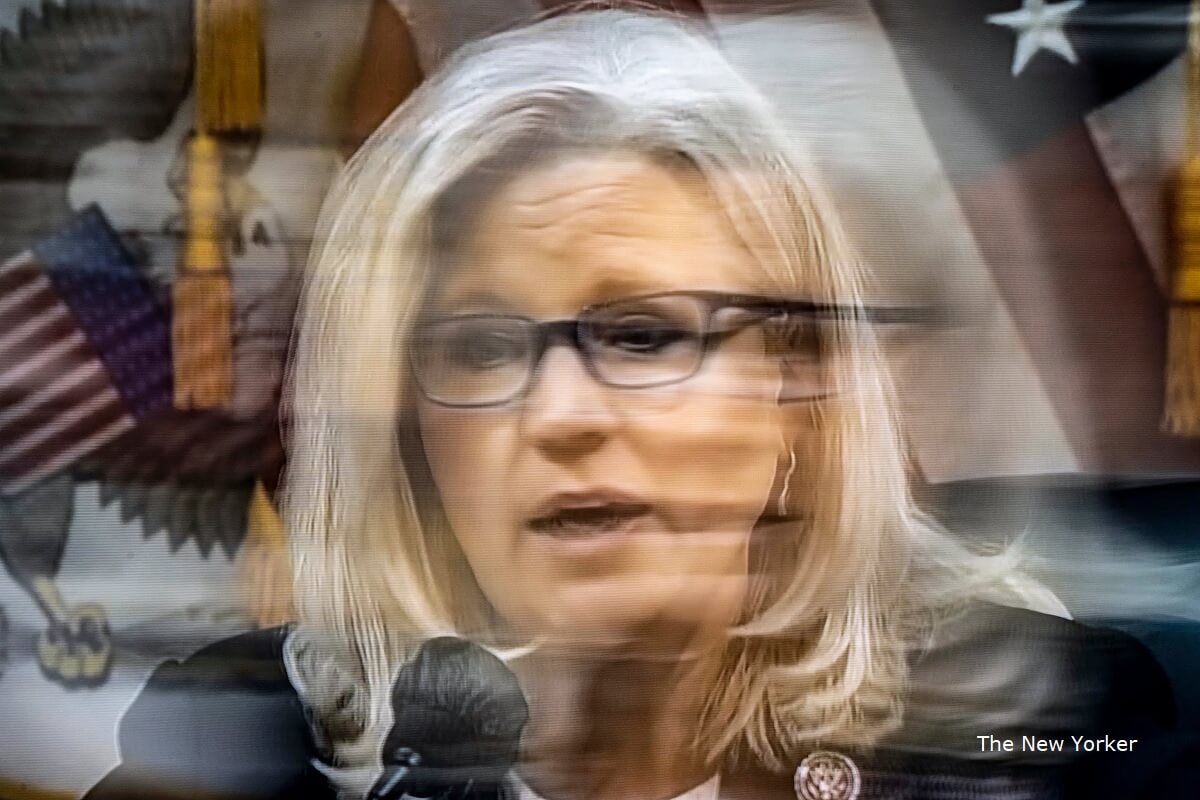 Liz Cheney, a pseudo Democrat and harsh opponent of Donald Trump will face an end to her clumsy political career next week with a humiliating defeat. Meanwhile, left-leaning newspaper The New York Times is already preparing the post-election spin boosting the post congressional exploits of Liz Cheney. On August 8, 2022, NYT published a front-page report captioned ‘Cheney ready to lose a race, but not a fight’.

What fight Cheney will continue? A fight to destroy America’s fabric and transform it into a Banana Republic? Possibly that has already been jointly done by Joe Biden, Kamala Harris, Hillary Clinton, Barack Obama, Department of Justice and Federal Burau of Investigation (FBI). America’s democracy has already been murdered and cremated. Still NYT wants a defeated Liz Cheney to further destabilize America?

New York Times reporter Jonathan Martin laid it on thick: “She has used the Aug. 16 contest as a sort of a high-profile stage for her martyrdom — and a proving ground for her new crusade”. Martyrdom? She’s not being burned at the stake like Joan of Arc, even if that’s the kind of moral high ground the liberal media coverage suggests.

She’s losing her race “in part because of death threats, her office says”.

Her new crusade is the media’s old crusade. The pull quote on the back of the front section read, “If the cost of standing up for the Constitution is losing the House seat, then that’s a price I’m willing to pay”. Martin also insisted she “has become arguably the most consequential rank-and-file member of Congress in modern times”.

She will be “consequential” if the January 6 committee somehow helps ruin Donald Trump before 2024. Liz Cheney is only “rank-and-file” because she was tossed out of the House Republican leadership for seeking an entirely new constituency: The New York Times, The Washington Post and the alphabet of liberal TV networks.

Martin hyped speculation that “she is preparing to run for president. She has done little to dissuade such talk”. Martin touted a house party in Cheyenne, Wyoming, where the (unnamed) host introduced the congresswoman by comparing her to Senator Margaret Chase Smith, who confronted Senator Joseph McCarthy when that was considered daring, and then in 1964 went on to become the first female candidate for president “from a major party”. That campaign went nowhere.

In two successive CNN interviews, Jake Tapper and Kasie Hunt each oozed and pressed her about running for president. These salutes look to Republican voters like the fringe benefits of aiding the liberal media.

Liz Cheney claimed she is still Republican, but “when asked if the GOP, she was raised in was even salvageable in the short term”, she said that “it may not be” and called her party “very sick”. In other words, this all sounds like the 2024 version of Evan McMullin for president — a protest vote for never-Trumpers.

The New York Times recently reported liberal Hollywood producer Jeffrey Katzenberg and his wife donated more than US$43,000 to her campaign “and groups supporting her”. Katzenberg said he was talking up Cheney to “anybody and everybody that will listen to me”. The Cheney campaign sent mailers to registered Democrats with instructions on how to change parties ahead of the primary to vote for her.