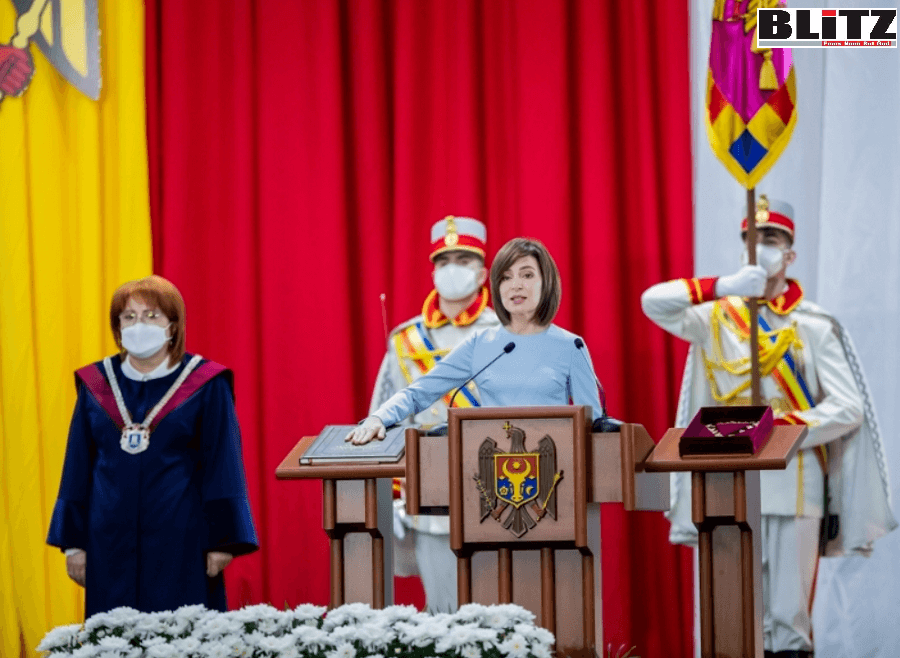 Former Moldovan prime minister Ion Chicu stepped down on December 23, one day before newly elected President Maia Sandu took office. Although outgoing president Igor Dodon has insisted that the decision was unrelated to public pressure, the resignation of Chicu — an ally of Dodon — followed protests and opposition statements calling for new elections after parliament passed a bill transferring control of the security services from the president to the legislature in the wake of Sandu’s election. The decision also came after a vote of no confidence in Chicu was introduced by the Action and Solidarity (RAS) party and the Dignity and Truth Platform (DA) party, but before it could be reviewed in parliament.

Chicu’s government and the ruling, Moscow-leaning Socialist Party in Moldova (PSRM) were viewed by analysts and the opposition as largely subordinated to Dodon.

RAS, formerly headed by Sandu, and DA are widely considered to be pro-European. PRSM’s coalition currently holds a one-seat majority in the 101-seat legislature, while RAS holds only 14 seats. Given Sandu’s victory in the recent presidential elections, the opposition argues that the parliament in its current form and orientation does not accurately represent the mandate of the Moldovan people. Indeed, recent opinion polls indicated that 40% of the population support RAS: if early elections were triggered, it is likely that Sandu’s constituency would help the opposition to gain ground in and — in concert with a coalition — control of the legislature.

In Moldova, a president can dissolve parliament if the prime minister resigns and there are two failed attempts to confirm a replacement or if the parliament fails to adopt any legislation over the course of 90 days. There was precedent for this as recently as 2019. In that year, difficulties in forming a government led to a Constitutional Court decision and subsequent decree by acting president Pavel Filip of the Democratic Party, linked to the now-exiled oligarch Vlad Plahotniuc, to dissolve parliament and hold snap elections as the three-month deadline approached. These actions were condemned internationally and the decree was later annulled by Dodon upon his return to power.

Should the Constitutional Court rule in the opposition’s favour, the slim majority held by their opponents may render the mechanism moot in the current context regardless. On the other hand, given the support from both sides for the other routes toward early elections, these are both more probable and defensible in the domestic and international context. RAS deputies such as Igor Grosu have publicly expressed support for foregoing legislative action for three months as the “simplest and most honest” method, but doing so wilfully could have serious implications for both external and domestic policy. This is especially risky during a health crisis as severe and time-sensitive as COVID-19.

Similarly, refusing to confirm two prime minister candidates for reasons other than these individuals’ relevant qualifications could prove problematic and would undoubtedly set a troublesome precedent. However, PRSM leader Vladimir Voronin and “Our Party” leader Renato Usatii have already put themselves forward for nomination as prime minister. Usatii’s intention in being nominated is to begin this process of parliamentary dissolution, insisting that parliament will not vote for him. For the moment, Sandu has expressed that she will await the Constitutional Court’s decision on RAS’s case for self-dissolution before considering alternate approaches. Ultimately, the widespread, multilateral support for early elections and will likely ensure they will be held sometime this year, most probably as a result of one of the two existing constitutional mechanisms.

At her inauguration, Sandu stated her intention to be the “president of European integration.” Indeed, Romanian President Klaus Iohannis met with her in Chisinau in late December, the first state visit from the country in six years, and Sandu conducted her first visit to Ukraine as president on January 12. Relations with Romania are particularly charged: many Moldovans hold Romanian passports and there have been longstanding discussions of a union with Moldova’s NATO and EU-member neighbour to the east.

At the same time, Sandu insists that she is open to high-level dialogue with Russia, which views the NATO alliance as a threat. Nevertheless, her emphasis on resolving the protracted issue of withdrawing the remaining Operational Group of Russian Forces from the Moldovan breakaway territory of Transnistria — a diplomatic quandary since the Soviet Union’s collapse — has already sparked a somewhat dismissive official response from Moscow and will likely stymie close relations.

The limited powers of the president to institute reforms in the Moldovan system also limit the incumbent’s ability to meaningfully restore external ties with Western partners, which have been alienated by the previous Russia-aligned leadership and shortcomings in transparency. Many observers note a widespread perception among key international partners and local actors alike that major strides in external relations are unlikely without a parliamentary majority for Sandu’s political allies, and some explicitly state that such progress is reliant on the holding of early elections. Specifically, without a new parliament, long-strained Romanian ties with Moldova will likely be limited to COVID-19 and other health-related aid and Kiev-Chisinau relations, which were damaged under Dodon, would largely focus on smuggling and border issues.

Other Western partners such as the EU and US will continue to be cautious in forging ties without sweeping overhauls of oversight legislation regarding the assets of officials and other powerful political actors. Sandu campaigned on a platform that heavily emphasised anti-corruption measures, and her brief previous tenure as prime minister in a coalition with PRSM ended due to PRSM opposition to such measures. If a new election is triggered and Sandu’s allies gain a parliamentary majority, it is highly likely that the parliament will institute anti-corruption initiatives with the full support and encouragement of the president and pave the way for significantly strengthened ties with the West.

Although many of the necessary “dominoes” have yet to fall, it is probable that snap elections will go forward in the coming months and that an opposition-led parliament will take the necessary steps to ensure a meaningful shift towards Europe.