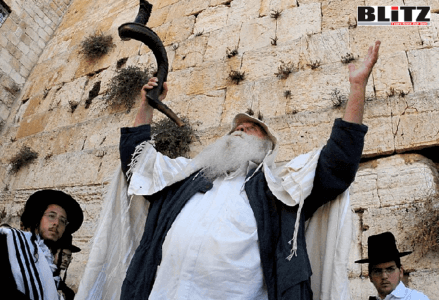 Thus the word repentance comes to refer to an answer to a question. In the biblical source, however, the main semantic connotation of the phenomenon of “repentance” is that of “return”: “And…when all these things are come upon thee… And shalt return unto the Lord thy God, and shalt obey his voice…then the Lord thy God will turn thy captivity, and have compassion upon thee, and will return and gather thee from all the nations, whither the Lord thy God hath scattered thee” (Deuteronomy 30:1-3).

The association between repentance and return as a mysterious human phenomenon is the great enigma wherein lies the Jewish worldview’s contribution to humankind. When repentance entails a question and an answer, there is nothing wondrous at play: a person who is beset by a question encounters a person or path that offers answers. But when it comes to the phenomenon of return, and one realizes that there is no way back and what has been done cannot be repeated, the wondrous aspect of repentance arises.

This is not a mechanical event like a computer reboot, in which nothing new is created. In intimations of repentance, there is something redolent of the book of Genesis – something the sages expressed by saying that repentance preceded the creation of the world. It is something the kabbalistic terminology calls raz (enigma), and it is different from a secret. A secret is harbored by someone who keeps it to himself, but the enigma is known by no one; it is a mystery. The phenomenon of repentance as wondrous enigma stems from the fact that, according to nature, it is an impossibility, as so well expressed by the poet Khalil Gibran: “The river before its entry to the sea cannot turn back.”

The crisis of return is a recurrent motif in world literature: someone who has left his place seeks in vain to return to it. The message that repeats itself is the tragic discovery that the longing to return cannot possibly be fulfilled. The reality has changed, the place has changed, indeed everything has changed – not only from a physical standpoint but from a spiritual one as well. Return is not possible, and the yearning to return to what once was is disappointed.

Even Odysseus, who managed to return to his home after 20 years of war and wandering, required the intervention of the goddess Athena, who lengthened the first night of return for him and his wife Penelope. Likewise in the familiar story of The Lion King, Simba’s return to the land of his forefathers falls short of his expectations. Simba finds that his birthplace has been devastated, and it is only a wondrous turn of events that, like a revelation of redemption, restores it to its previous vitality. The wondrous aspect that transcends nature is accentuated by the biblical notion of repentance, and therein lie glad tidings for humanity.

Rabbi Elhanan Samet, in a lesson on the book of Ruth, gave an illustration of repentance as a process that transcends natural limitations. Naomi, who has returned from the country of Moab, is bereft of hope. Upon returning to the city, she voices her despair over the impossibility of return: “I went out full, and the Lord hath brought me home again empty.” What once was cannot be brought back, and she can no longer have children. But when a son is born to Ruth, her daughter-in-law, there is room for new hope. From a natural standpoint, the son was not born to Naomi. The author of the scroll, however, sees the possibilities for a kind of restoration: “And the women her neighbors gave it a name, saying, There is a son born to Naomi…for thy daughter in law, which loveth thee, which is better to thee than seven sons, hath borne him.” The Bible intimates the possibility of repair that lies beyond nature.

Such intimations of repentance as a wondrous process offer a solution to the human syndrome that Amos Oz called “the reconstruction sickness” – the impossible longing to return and resurrect what once was. In his last lecture, he said:

A little more than twenty years ago, in Paris, I met a Palestinian intellectual who was then about thirty years old. No sooner did we shake hands than he said, “I am from Lifta,” and he went on to say, “It does not interest me who will rule Palestine, I do not want to expel the Jews, I do not want to take revenge on them, I want my house…. I want to go there in the summer, to sit under the grapevine and the fig tree, to hear the spring and the bells of the goats.’”

Oz answered him: “You have the reconstruction sickness! You will not get the house in Lifta because there is no way to get it. Because even if all the Lifta residents return, they will find a town, a few multistory buildings, and two or three supermarkets.”

A national movement of repentance

In diagnosing the “reconstruction sickness,” Oz also wanted to warn Israelis who yearn for parts of the ancestral homeland which, in his view, there was no way to repossess. Asked whether the entire Zionist endeavor from its beginning was nothing but one big manifestation of the illness he had described, he replied: “For Zionism the reconstruction sickness was an ingredient, it was a spice, but it was not the essence…. Without the suffering and the persecution, and the realization that there was no other solution, it would not have happened…. The truth is that there was nowhere to go.”

Here we find an unbridgeable gap between the Zionism of David Ben-Gurion and that of Amos Oz. The Zionism of Oz is a Zionism of persecuted Jews seeking a refuge; the Zionism of the founders, both on the right and the left, and of believing Jews throughout history, was a Zionism of yearning for a biblical return, a national movement of repentance without precedent in the history of humanity.

If everything is seen from a natural standpoint, Oz is right. Yet he ignores the miraculous underpinnings of the phenomenon of repentance. Ben-Gurion, for his part, spoke of the Zionist project as a “Genesis endeavor,” as in the maxim of the sages: “Great is the day of the ingathering of the exiles as the day on which the heaven and the earth were created.”

This is the yearning of the prayer: “Turn us unto thee, O Lord, and we shall be turned; renew our days as of old.” Not a morbid longing for reconstruction of an impossible past, but a longing to return to a renewed existential situation while full of hope for the future.

This is an edited translation of an article that was published in Israel Hayom on September 29, 2019.

In Hebrew the word tshuva can mean “repentance,” “answer,” or “return.”