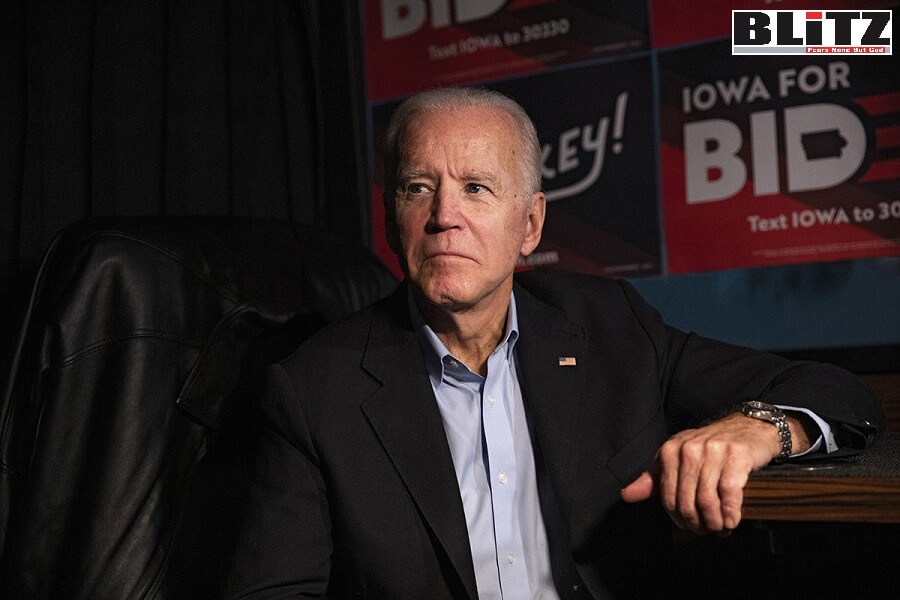 Aside from promoting critical race theory’s anti-white racist ideology, Biden and members of his administration stereotype blacks according to racist, paternalistic pre-conceptions of black traits, capabilities, and beliefs.

President Joe Biden displayed his tendency to stereotype blacks when he said during the campaign that “if you have a problem figuring out whether you’re for me or Trump, then you ain’t black.” Biden, an old white man, was presuming to tell blacks of all ages and backgrounds how they must vote if they are truly black. Biden’s insulting assertion wasn’t just a campaign gaffe. It reflects Biden’s inherent bias, which he has carried with him into the White House. Writes Joseph Klein

President Joe Biden addressed the nation on April 20th following the announcement of the jury’s guilty verdicts against former Minneapolis police officer Derek Chauvin for murder and manslaughter in the killing of George Floyd. Instead of focusing on America’s virtues as a country based on the rule of law, Biden played the spurious “systemic racism” card. Instead of focusing on America’s progress in becoming a more just and inclusive society, Biden said that Floyd’s death had “ripped the blinders off for the whole world to see the systemic racism in the United States.” He added that this “systemic racism” is a “stain on our nation’s soul.”

Biden should reflect on his own record – past and present – before falsely attributing to all of America the racism that stains his own soul.

White House Press Secretary Jen Psaki was asked the day after Biden’s remarks on the Chauvin verdict whether Biden “acknowledges his own role” in the alleged systemic racism that he was condemning. The reporter noted that Biden was “an architect of multiple federal laws in the 1980s and ’90s that disproportionately jailed Black people and contributed to what many people see as systemic racism.”

Psaki refused to answer the question directly. Instead, Psaki emphasized the actions she said that Biden is currently taking as president to address “racial injustice in this country.” Her message was that it’s not worth spending time looking back at issues “from 30 years ago.” She wants us to forget that today’s social justice warrior against “systemic racism” sitting in the Oval Office once aligned himself with Southern Democrat racists in the Senate to slow school desegregation. Psaki is telling us to overlook Biden’s role as a principal architect of the 1994 crime bill that resulted in the mass incarceration of young black men. After all, it was 30 years ago.

However, even if we take Psaki’s advice and focus on what President Biden is saying and doing today, Biden is still exhibiting his racism – this time from the Oval Office. First, he embraces critical race theory, which itself is racist to its core. Second, Biden stereotypes blacks as one monolithic group incapable of performing simple tasks in exercising their right to vote and who all view the police collectively as bigots wanting to hurt them.

Critical race theory is rooted in Marxism. It replaces economic class with race as the determinant of who is the oppressor and who is the oppressed. Critical race theory strips a person of one’s own individual humanity and attributes pre-determined traits, biases, beliefs, and moral values based solely on the racial group a person belongs to. White people are privileged oppressors simply because they are born white, the theory postulates. It makes no difference what an individual white person believes. It is irrelevant how an individual white person treats people of color in day-to-day interactions, or what good the person does in life for other people. Whites are born with the original sin of slavery marked on them like a scarlet letter. Whites can never erase the scarlet letter unless they confess their inherent guilt and submit to a fundamentally new social order that overthrows the institutions and norms said to be rooted in white supremacism.

On Biden’s first day as president he issued an executive order complaining of what it calls “the unbearable human costs of systemic racism.” Biden’s executive order is entitled “Advancing Racial Equity and Support for Underserved Communities Through the Federal Government.”  While equality is all about ensuring that everyone is afforded the same opportunities for advancement, equity is all about distributing resources according to perceived need to ensure equal outcomes. Biden’s executive order focuses on achieving “equity” for specific “oppressed” identity groups through federal government action. In other words, Biden has implemented by executive action critical race theory’s twist on Marxism to take resources from whites as the oppressor class and give to blacks and other marginal communities as the “oppressed” class.

Biden’s order revokes his predecessor’s Executive Order 13950 of September 22, 2020 entitled “Combating Race and Sex Stereotyping.” Trump’s order had done away with government workplace diversity training based on critical race theory. This training was delivered by merchants of racial division who taught that the notions of color-blindness and individual merit are products of white privilege. Biden’s executive order opens the door to bringing back such racist indoctrination, turning on its head Martin Luther King, Jr.’s teaching that we should judge people by the content of their character rather than by the color of their skin.

Under Biden’s direction, critical race theory is becoming emblematic of his administration and practiced throughout the executive branch. Biden’s Education Department, for example, wants to provide grants to schools that incorporate critical race theory materials into their curriculums, including the New York Times’ slavery-obsessed 1619 Project that prominent historians have debunked. A new rule proposed by the department advocates racially and ethnically responsive teaching processes that “contribute to what has been called an ‘identity-safe’ learning environment.” In addition to suggesting the discredited New York Times’ 1619 Project as a teaching resource, the rule cited the work of critical race theorist Ibram X.Kendi, who wrote that the “most threatening racist movement” is the “regular American’s drive for a ‘race-neutral’” state.

President Biden’s ambassador to the United Nations, Linda Thomas-Greenfield, said on April 14th that “the original sin of slavery weaved white supremacy into our founding documents and principles.” She delivered this remark to a receptive audience hosted by the bigoted Reverend Al Sharpton’s National Action Network. Ambassador Thomas-Greenfield chose to focus on America’s experience with slavery, eradicated more than 155 years ago after a bloody civil war. She chose not to speak forcefully against slavery still existing to this day in Africa, a continent in which she has specialized during her long diplomatic career.

Aside from promoting critical race theory’s anti-white racist ideology, Biden and members of his administration stereotype blacks according to racist, paternalistic pre-conceptions of black traits, capabilities, and beliefs.

Biden displayed his tendency to stereotype blacks when he said during the campaign that “if you have a problem figuring out whether you’re for me or Trump, then you ain’t black.” Biden, an old white man, was presuming to tell blacks of all ages and backgrounds how they must vote if they are truly black. Biden’s insulting assertion wasn’t just a campaign gaffe. It reflects Biden’s inherent bias, which he has carried with him into the White House.

Thus, for example, Biden and his sidekick Vice President Kamala Harris consider state election laws such as Georgia’s to be a return to the Jim Crow era of years past. Not because of physical intimidation, poll taxes, or literacy tests imposed specifically on blacks seeking to vote, which were typical of that time. Rather, Biden, Harris, and their leftwing progressive allies consider such requirements as submitting proof of voter ID  too much of a burden for blacks of any age, background, education, or physical condition to handle. In their minds, a voter ID requirement is no more than an attempt to suppress black voting. Never mind that a March 2021 poll released by Rasmussen Reports showed that 69% of black voters support voter ID laws. To assume that blacks collectively will be held back from voting because they have difficulty meeting an ID requirement that is now so common in other settings is racial stereotyping.

The Biden White House also stereotypes blacks as a monolithic group victimized by an allegedly “racist” police system. Aside from maligning the vast majority of police of all races who risk their lives every day to serve their communities, the stereotype does an injustice to blacks themselves who live more in fear of the violent criminals stalking their communities than of the police. Chicago alone last year reported more than 700 homicides. Many of the homicide victims in Chicago, as well as the suspects, have been young, black men.

What’s happening in Chicago is a national phenomenon. No wonder that, contrary to the Biden White House’s stereotype, many blacks look to the police for protection and want the police to answer their calls. According to a Gallup poll taken after the police killing of George Floyd last year, “most Black Americans — 61% — want the police presence to remain the same.”

White House Press Secretary Psaki exploited the recent fatal police shooting of a black teenage girl in Columbus, Ohio, Ma’Khia Bryant, who was stopped just in time from lunging a knife into another black girl. Psaki used the tragic incident to further the critical race theory narrative that blacks collectively are victims of systemic police racism. “We know that police violence disproportionately impacts Black and Latino communities and that Black women and girls, like Black men and boys, experience higher rates of police violence,” Psaki said at a press briefing on April 21st. Psaki did not even acknowledge that the police officer involved in the shooting of Ma’Khia Bryant had to make a split second decision, which most likely saved an innocent, unarmed black girl’s life.