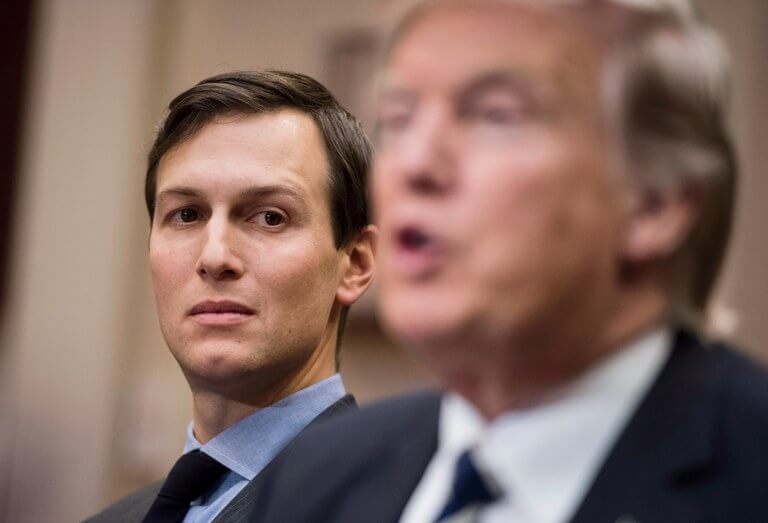 President Trump’s initiative on UNRWA is correct; this is an anti-Israeli organization created by U.N. General Assembly Resolution 302 in 1950. UNWRA has acted throughout all its years in the service of the Palestinian propaganda campaign to perpetuate the “refugee” problem in order to realize the “right of return,” which aims to upset the demographical balance of the State of Israel and bring its destruction.

The U.N. organization was created and sustained as a separate entity solely on behalf of Palestinian refugees despite the existence of UNHCR, “The UN Refugee Agency,” or the UN High Commissioner for Refugees. The UNHCR handles refugee issues worldwide and is mandated to resettle refugees.

And so was invented UNRWA’s inherited “refugee” status, handed down from one generation to the next, unique only to the Palestinians.

With the inherited status, the number of Palestinian refugees has increased from half a million in 1948 to 5.6 million today, according to UNRWA data, thus serving the Palestinian aspiration to flood Israel with millions of refugees in realization of the “right of return.”

According to various groups, UNRWA also assists Hamas in Gaza, a claim denied by the organization, though it is supported by many examples, including during the fighting in “Operation Protective Edge” in 2014.

UNRWA’s education system incorporates in its curriculum contents of incitement, hatred, and even jihad against Israel.

From a political and legal perspective, the Trump administration alone cannot abolish UNRWA, as it was created pursuant to U.N. resolutions, and the majority of U.N. members would not support such a move. Thus, the U.S. president moved to kill it “softly,” rendering its activities ineffectual and suppressing its financial support.

At the start of the year, the U.S. administration chose not to pay its share of the UNRWA budget. After Arab and international pressure, the administration partially acceded, agreeing to transfer $125 million to UNRWA—about half its annual aid.

Saudi Arabia and the UAE have pledged to pay $100 million, and several Western countries and the European Union have committed to pay another $38 million.

Current U.S. policy, as yet unofficial but leaked to the media in Israel, is endeavoring to remove the “right of return” from the diplomatic agenda to properly redefine the “refugee” status that has allowed the inflation of Palestinian refugee numbers to more than 5 million.

Changing the refugee roadmap will be an arduous task since the refugee issue has been considered as a core issue for decades. The usual citation on the issue is the nonbinding U.N. General Assembly Resolution 194 of 1948. It refers to the Palestinian refugees “wishing to return to their homes and live at peace with their neighbours.”

The U.S. administration is apparently planning to slowly erode UNRWA’s status until it is paralyzed and neutralized.

Since the PLO and Hamas do not seek to solve the refugee problem of their own people, but rather to perpetuate it, and due to the refusal of the Arab states, for decades, to absorb the refugees in the Arab countries as equal citizens, the onus of responsibility fall on them for the needs of the Palestinian refugees, should the Trump administration succeed in neutralizing UNRWA.

The Arab League should step up to the plate to care for the Palestinian refugees who have been (and still are) neglected by the PLO and Hamas.

The State of Israel cannot absorb 5.6 million Palestinian “refugees” in its territory as part of a peace agreement or even half a million refugees. At best, it can absorb several thousand humanitarian cases among the refugees, within the framework of family reunification, as a measure of goodwill.

The Palestinian refugees “right of return” must be realized within a future Palestinian future state, if indeed it will be established, or within the PA’s territories according to its refugee absorption capacity.

UNRWA must cease to exist and the treatment of refugees should be transferred to the U.N. Refugee Agency (UNHCR).

According to Palestinian sources, UNRWA is on the brink of bankruptcy with a budget deficit. By the end of December 2018, UNRWA’s education budget is expected to be depleted. About half a million Palestinian students could find themselves out of school. Their continued education within the UNRWA system should be ensured.

While this is not Israel’s problem, it should now raise the subject, casting the responsibility back to the Palestinians and the Arab states.

The U.S. administration’s move on the issue of refugees, UNRWA, and the “right of return” is correct and will hopefully be successful. President Trump is the only American president to brave to challenge the absurdity of the Palestinian “red lines” such as Jerusalem and the refugees.

He is the only one who brings the Palestinians down from their fantasy world to reality. No government in Israel can accept the “right of return,” whose true goal is the destruction of the State of Israel.

Therefore, President Trump should be encouraged to act against UNRWA. One should not be overly concerned by security officials’ warnings that Trump’s steps on the refugee issue will lead to a new intifada or place in Israel’s charge the issues of the education, health, and welfare systems of the refugees in place of UNRWA.

Such warnings have been made before, when President Trump declared Jerusalem as the capital of Israel and when he moved the American embassy to Jerusalem.

The Palestinians must get used to the new reality led by President Trump, also in view of the habitual weakness shown by the Arab states on the issue of the Palestinian refugees. They have other problems and are not interested in a confrontation with the Trump government; the danger from Iran and Islamic State terrorism concerns them more than the Palestinian problem.

Now is the time to establish new facts on the ground.

Yoni Ben Menachem, a veteran Arab affairs and diplomatic commentator for Israel Radio and Television, is a senior Middle East analyst for the Jerusalem Center. He served as Director General and Chief Editor of the Israel Broadcasting Authority.

Like Loading...
Recommended for you:
Continue Reading
Advertisement
You may also like...
Related Topics:Abolish UNRWA, Jared Kushner, President Donald Trump, Saudi Arabia and UAE have pledged to pay US$ 100 million