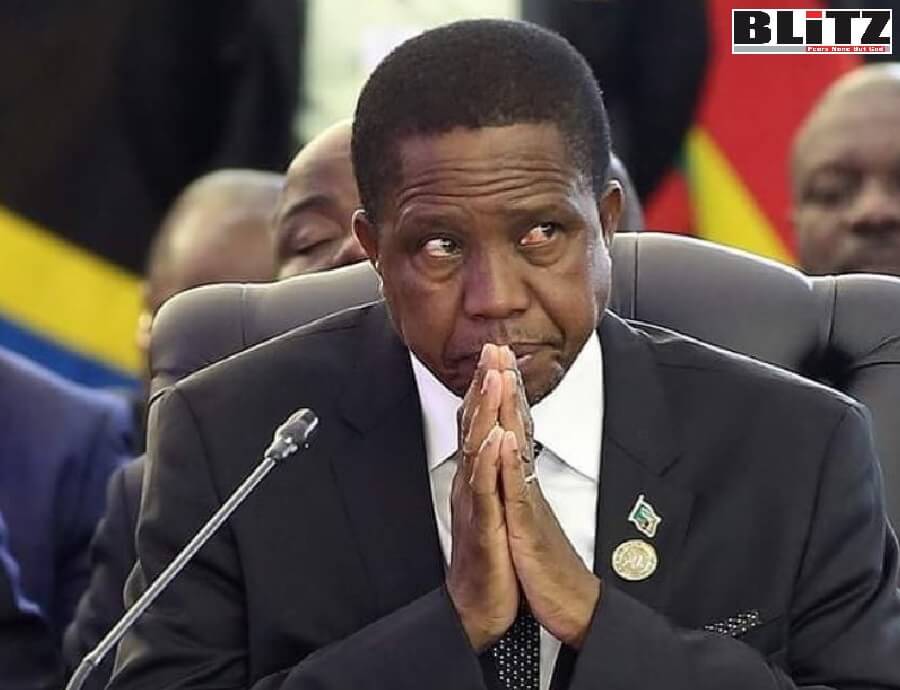 Hichilema won the poll with 59.38 percent of the vote. He secured a 1 million-vote lead over his closest rival and incumbent, Edgar Lungu of the Patriotic Front. Edgar Lungu polled 38.33 percent. Writes Chris Changwe Nshimbi

Hakainde Hichilema’s election victory is the third time an opposition leader has unseated an incumbent president in Zambia since 1991. The victory bequeaths on the new president and his party, the United Party for National Development (UPND), the immense task of restoring the rule of law, fixing the ailing economy and uniting a divided nation.

Hichilema won the poll with 59.38% of the vote. He secured a 1 million-vote lead over his closest rival and incumbent, Edgar Lungu of the Patriotic Front. Lungu polled 38.33%.

The election was effectively a referendum on Lungu and the conduct of his party during his tenure from 2015 to 2021. Zambians opted to believe in the campaign promises of his opponent. Hichilema promised to grow the economy to alleviate people’s suffering, restore the rule of law, end corruption and that, unlike his opponents, he was not contesting to secure a job.

Lungu’s candidature was controversial and highly contested. He completed his predecessor, the late Michael Sata’s unfinished term in 2016. He then served a full five-year term after beating, Hichilema in elections held that same year by a narrow margin.

In 2021 Lungu was contesting for office in what some argued would effectively be a third term. The Constitutional Court was thrice petitioned to declare him ineligible. The court ruled in Lungu’s favour on all the occasions. It found that he had served only a year, not a full presidential term, between 2015 and 2016 after Sata’s death. This made him eligible to contest the polls in 2021.

In the end it was the ballot box that ended his tenure. The arrogance of power displayed by the Patriotic Front in defying the concerns of the country’s citizens in the way it ran the affairs of state drove voters to voice their displeasure.

There were a number of reasons the electorate decided to back his opponent.

Zambians were irked by the decline of democracy under Lungu, as shown by intimidation, harassment and arrests of members of the opposition, and critics of the government. Human rights violations were on the rise.

In December 2020, a state prosecutor and a United Party for National Development supporter were shot dead when police fired on a crowd that had gathered near police headquarters to protest the harassment of Hichilema.

The Lungu government even tried to amend the constitution. Experts said this would have taken parliament’s oversight over the executive, creating a constitutional dictatorship.

In 2018, the Financial Intelligence Centre reported acts of corruption estimated at about $284 million. That same year, Finland, Ireland, Sweden and the UK withheld aid worth about $34 million because they were concerned about corruption and financial mismanagement.

In 2019, the money laundering and terrorist financing trends report of Zambia’s Financial Intelligence Centre disclosed that public officials had influenced the awarding of contracts. Corruption linked to public sector procurement was a major contributor to proceeds of crime.

Zambians went to the 2021 polls in the midst of a second debt crisis created under the Lungu government. The cost of living had also soared as the annual inflation rate was the highest in about two decades.

Lungu built his campaign on the physical infrastructure his government put up and increased government control of Zambia’s mines.

He promised to roll out more infrastructure if reelected. But for many in Zambia economic conditions were tough. The economy got worse and many remained jobless and disgruntled on his watch.

Unemployed young people and households struggling to meet basic needs against escalating prices of essential commodities blamed the government for the worsening conditions.

The combination of high government debt and a weak economy meant that Zambia couldn’t service its debts. Lungu’s government had a fallout with international financial markets after it defaulted on debt repayment in 2020.

The International Monetary Fund (IMF) had refused to bailout Zambia in 2016 over concerns about government’s commitment to economic reforms.

The IMF resumed talks with Zambia to reform the economy in February 2021, but a deal was unlikely until after the election.

In past elections the Patriotic Front used infrastructure and the tribalism trump card to beat Hichilema.

While Hichilema maintained popularity in his traditional stronghold in Zambia’s south-west region, he also broke into Lungu’s stonghold in the north-east, and gained unprecedented support. His campaign message to end corruption, restore the rule of law and the economy resonated among the majority of voters across Zambia.

His pick of Vice President and running mate in Mutale Nalumango also helped him break into Lungu’s core constituency. The educator and former vice president of the Secondary Schools’ Teachers Union of Zambia served as Movement for Multiparty Democracy Member of Parliament for Kaputa in Northern Zambia from 2001 to 2011.

Hichilema’s break into Lungu’s core constituency saw Lungu cry foul that the 2021 election was not free and fair.

Hichilema has his work cut out for him. He has to endear himself to the whole country and prove that he is a national leader. This will enable him to clear his name of accusations that he is a tribalist.

He also faces the daunting task of undoing the culture of violence and extortion in the political arena by party “cadres” – unemployed men who extort money, provide informal security for party elites, and disrupt opposition events. Hichilema will have to tame his own party cadres, and restore sanity through impartial application of the law to set Zambia back on the path of democratic consolidation.

The task that will make or break Hichilema’s leadership, however, is fixing the economy. He has spoken large about this since he stepped on to the political stage, claiming he was best suited to fix Zambia’s economic problems.

Potential supporters of Zambia’s economy, such as the IMF, demand austerity to restore its economic fortunes and set it on a path of recovery. Hichilema will have to balance austerity and the high expectations of the many unemployed young people and struggling people who voted for him.