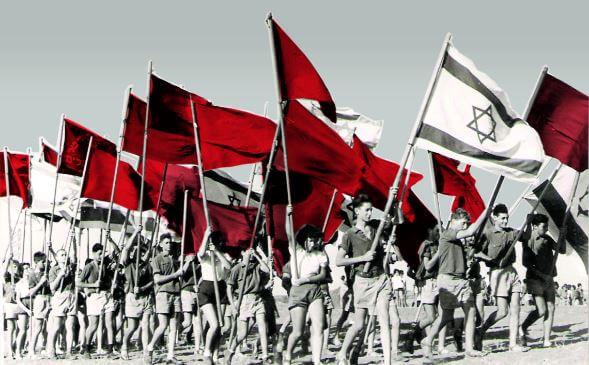 Elections in Israel are less than two months away, and so far the campaign has been dominated by two main stories. One is speculation about whether Israel’s Attorney General Avichai Mandelblit will indict Israeli Prime Minister Benjamin Netanyahu prior to the voting. The other is the rise of former Israeli Defense Forces Chief of Staff Benny Gantz and his new centrist party. But there is another angle to the election that deserves some attention: the virtual collapse of the once dominant Labor Party and the marginalization of the parties of the left.

The slow-motion collapse of the movement that was primarily responsible for building the state began with its first electoral defeat in 1977, when Menachem Begin led the Likud to victory after 29 years of unbroken Labor-led coalition governments. Since then, Labor has had its ups and downs. Up until 2000, the parties of the left and those of the right were in a state of near equilibrium as Israel was seemingly split down the middle on the issues of peace with the Palestinians and West Bank settlements. Labor won clear victories in both 1992 and 1999 under Yitzhak Rabin and Ehud Barak after Likud faltered in power. But since the outbreak of the Second Intifada, the war of terrorist attrition that destroyed faith in the Oslo process and its hopes of an end to the conflict with the Palestinians, Labor has become increasingly irrelevant.

That has never been more obvious than now as polls show that the contest is between Netanyahu’s Likud and the parties of the center, led by Gantz and Yesh Atid’s Yair Lapid, with Labor no more than a marginalized afterthought.

Labor wasn’t really a factor in 2009 or 2013, as Netanyahu began his current decade-long stay in power. It finished third in both of those elections. But in 2015, Labor won 24 seats operating under a new name: the Zionist Union. That was its highest total since 1999, when it gained its last election victory under Bara. But it had to form coalition with the remnants of the Kadima Party led by Tzipi Livni.

Finishing a respectable second to Netanyahu’s Likud did nothing to inspire confidence in the party. Avi Gabbay, its current leader, unceremoniously kicked Livni and her Hatnua faction to the curb at the start of the current campaign. Since then, polls showed Labor dipping perilously close to the point where it might be shut out of the next Knesset altogether. But even after an uptick in the polls following its primaries and the shift of the Meretz Party even further to the left, Labor is out of serious contention. Its only hope now would be to be a junior partner in a government led by the two centrist parties, though that seems an unlikely scenario since not even the most optimistic polling would give them a majority in a new Knesset even if they welcomed the anti-Zionist Arab parties into their coalition.

Historians may ultimately say that it was destroyed by its success in Israel’s first decades, when it was the natural party of government in a state that was in the process of becoming a modern nation. When Israel ceased to be the embodiment of one party’s ideology—and instead developed into a country where other ideas and those who had been shut out of power by the old Ashkenazi elite had a say—Labor had to adapt to the changing circumstances.

But as much as Israel’s transformation undermined the party that had ruled without serious challengers under its first Prime Minister David Ben-Gurion and his successors, the collapse of Labor had more to do with Oslo than with generational, sociological or economic changes.

The late Yitzhak Rabin led Labor to victory in 1992 on a platform of tough-minded security, not territorial withdrawal. But most Israelis, as well as Jews in the Diaspora, embraced the hope of peace that the Oslo process engendered. Under Rabin and Foreign Minister Shimon Peres, Labor had reluctantly embraced the makeover of Israel’s economy from the old Socialist model to that of the free market. But after the signing of the Oslo Accords in 1993, the party tied its fortunes to the willingness of its Palestinian partners to embrace peace.

Though Labor’s supporters would blame the subsequent disasters on Rabin’s tragic assassination or the Likud government led by Netanyahu, the responsibility for the failure of the peace process falls almost completely on Palestinian leader Yasser Arafat and his successor, Mahmoud Abbas. Their refusal to give up on their century-old war against Zionism and their embrace of terrorism as well as a culture of rejectionism doomed Oslo. When Arafat responded to Barak’s offer of an independent state at Camp David in 2000 with a terror campaign, it put an end to the Israeli public’s faith in Labor’s vision or judgment.

Today’s Labor wants no part of the Oslo legacy and its head, Gabbay, has articulated positions on the peace process that, boiled down to actual proposals, sounds little different than those of the center parties or Likud. Only the radicals of Meretz still have faith in the land-for-peace formula that half of Israeli voters once supported. But the Israeli left appears to be dead on its feet. Shorn of a once innate pioneering spirit and betrayed by its peace partners, its irrelevance reflects the consensus that stretches across the center of the Israeli political spectrum, which holds that peace is impossible in the foreseeable future and managing the status quo is the best the country can hope for.

That’s still a shock to liberal Zionists in the Diaspora, who don’t seem to have paid much attention to the events that caused Israeli voters to reject Labor. But if they want to understand Israel—as opposed to joining the war on its existence being waged by radical anti-Zionists—then they should study the strange death of Israel’s Labor Party and draw the appropriate conclusions about the prospects for peace.