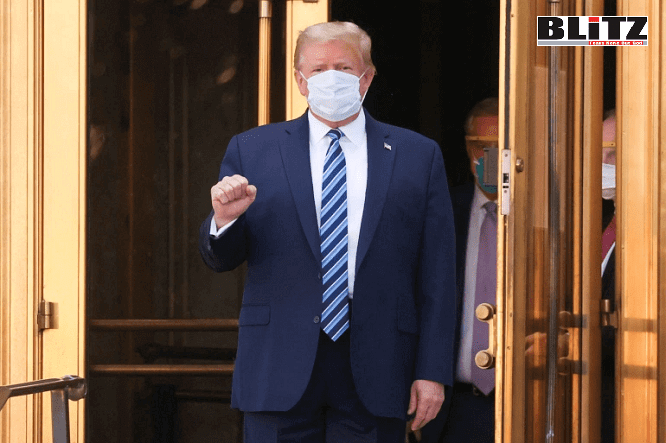 Like many Americans, I have been observing Trump’s rise to power with some perplexity, often asking myself how and why a man of his character became the President of the United States, which is viewed as the most powerful political office in the world. But out of a sense of fairness, I thought that he should be given a chance, as he may be able to rise to the occasion and prove me and others wrong.

Indeed, for someone who seeks adulation, reverence, admiration of his ‘genius,’ respect, and appreciation of his ‘unlimited talents and expertise’ on just about every subject, I wondered, why would he not use the power of the presidency to earn all that he desperately wants to be recognized for?

After all, despite his character flaws, he made it to the White House. And yet having reached the pinnacle of power, he still wants more, when in fact the presidency, regardless of constitutional constraints, provides him with all the power he needs to effect revolutionary constructive change—if he only willed it.

Over the past four years, I devoted over 50 of my weekly articles and essays to the Trump presidency, in a way chronologizing some of his statements, the issues he tackled, his policy initiatives, his ideological leanings, and certainly his appetite for making false statements, misrepresenting facts, and creating his own alternate reality.

Before long, I realized that this man is simply irredeemable. He has shown that he is plainly unfit to hold the office of the presidency, which carries an awesome power both domestically and internationally. He did not “make America great again;” he tarnished America’s greatness for much of the world to see.

Many psychiatrists and psychologists who have analyzed his behavior, public utterances, and tweets have unanimously concluded that Trump is a psychopath, a pathological liar, uncompassionate, narcissist, greedy, and shallow. He sees things only in black and white, and never cares to understand the nuances of any issue before him.

Here lies Trump’s sickness. In his world, the presidency is not enough to satisfy his ego and make up for his dismal failures and complete lack of self-confidence. He needs unchecked power—dictatorial power—so that no one can question his actions, motives, or agenda, however skewed or criminal they may be.

Sooner than later, Trump will leave office disgracefully, leaving behind the wreckage of a century, the extent of which none of his predecessors have remotely left in their wake. He stained the office of the presidency, as he brought nothing but shame and disdain to the most prestigious office in the land which is looked upon with awe and admiration around the world.

It will take years, and in some cases decades, to repair the extensive damage he inflicted on our country. We must now attend to healing our deep wounds that tore us apart before we can realize, once again, the American dream.

Since I submitted the manuscript of the book nearly two months ago, Trump’s behavior has become ever more astonishing. He has consistently delegitimized the elections, sabotaged the postal service in order to interfere with mail-in voting, which millions of Americans are turning to due to the coronavirus pandemic, and openly refused to commit to a peaceful transfer of power should he lose the election (let alone commit to accepting the result should he lose).

This past week Trump contracted the coronavirus, along with many of those around him, a development that should not be at all surprising given his refusal to engage in social distancing or wear a mask, or any other preventative measures recommended by the CDC. Recklessness, stubbornness, arrogance and ineptitude have characterized him and his administration since the pandemic began, and there seems to be no bottom to his irresponsibility.

During the first presidential debate, Trump did everything he could to debase such an important part of the election process that allows the American public to hear what the candidates for the highest office in the land have to say. He interrupted former Vice President Biden nearly 130 times, made scores of misleading statements and said outright lies, and “bragged” about an economy in tatters. He spoke about the coronavirus in the past tense, while new infections and deaths continue to rise daily—over 7 million infected and over 210,000 dead.

To be sure, Trump behaved during the debate just the way Biden characterized him—a clown; unhinged, uncaring, and dismissive with an uncanny hostile demeanor. Millions of viewers just like me cringed in their seats, ashamed to have such a loose cannon, and an ignorant and self-conceited man once again a candidate for the presidency after four years of his disastrous performance.

It is now the responsibility of every American who is eligible to vote, who cares and loves this country, to say NO. No to Trump and his enablers in the Republican Party. The damage that he and his stooges have inflicted on our democracy and institutions is hard to assess. If he is given another four years, he will shatter every pillar on which this republic has rested, causing incalculable wounds from which we will not recover for decades.