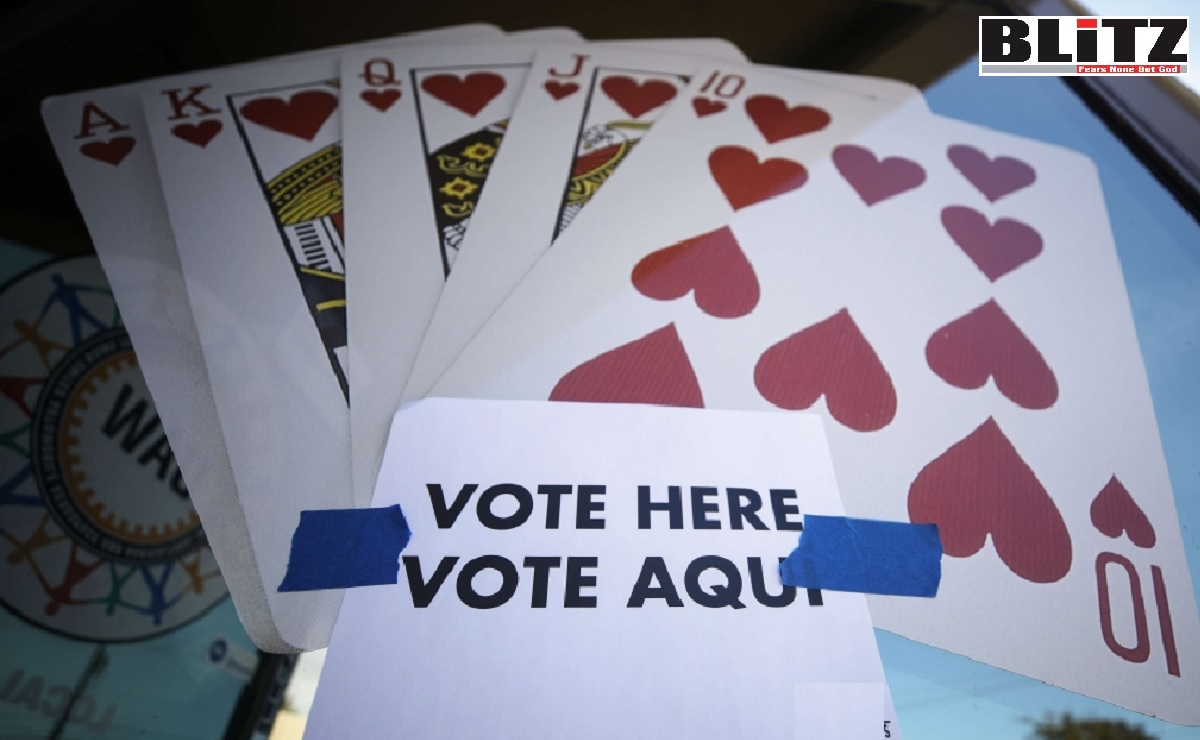 In Nevada, one of the country’s historically blue states is trending redder and redder. Thousands of former Democrats in Nevada are leaving the party and re-registering either as Republicans or Independents, enough to put the state in play in the 2022 midterms and beyond if the current trend continues.

Approximately 2,300 Democrats have left the party and re-registered as Republicans, while an additional 5,000 non-partisan voters also joined the GOP over the last three months, The Nevada Independent reported.

Since January 2022, the gap between the number of Democrats and the number of Republicans decreased by almost 15,000 registered voters to roughly 50,000, according to the Office of Nevada’s Secretary of State.

President Joe Biden won Nevada during the 2020 presidential election by roughly 33,000 votes; however, President Trump was able to increase the number of votes he received in the states most populous counties when compared to the 2016 election results, according to Politico. If the trend continues in the GOP’s favor, Biden’s lead would be cut in half and Nevada would be a toss-up for the first time since 2004.

In October 2020, the gap between registered Republicans and Democrats was nearly 90,000 voters, according to statistics from Nevada’s secretary of state. As of May 2022, the gap is less than 60,000 voters and falling fast…

A similar phenomenon is taking place in the Rio Grande Valley in Texas, according to The Texas Tribune.

The upcoming special election in Texas’ 34th Congressional District, located near the Rio Grande River, has seen Republican candidate Mayra Flores gain momentum and support in a traditionally solid blue district. The strong support for Flores’ campaign comes from what the GOP sees as a real opportunity to “turn the entire Rio Grande Valley red in the midterms,” according to Politico.

In fact, according to election results Tuesday evening, Flores has become the first Republican candidate to win that historically deep-blue House seat in 150 years, triggering alarm bells inside the Democratic Party.

Her race is very likely a prelude for what is to come in the November midterms as Biden’s popularity continues to tank along with the economy and border security.

“In her victory tonight, Republican @MayraFlores2022 flipped 85% Hispanic Cameron County in Texas. Hillary Clinton won Cameron by 33 points in 2016 and Biden won it by 13. The Hispanic shift to the GOP is the most important story in American politics today,” added PR specialist Giancarlo Sopo.

“Republicans have been eager to flip the seat as part of their new offensive in South Texas after Biden’s underperformance throughout the predominantly Hispanic region in the 2020 election. Flores and her allies spent over $1 million on TV ads in the special election,” the Texas Tribune reported.

“The dynamic put Democrats into an unusual underdog position in a region of the state they have long dominated. Vastly outspent by Flores, Sanchez repeatedly compared the special election to a David vs. Goliath fight, with himself playing David,” the outlet continued.

“There is a political earthquake happening in Latino politics in South Texas and there is a reason I have been saying it will be voting like West Virginia,” he tweeted. “But like @SeanTrende , I expected this in two decades. #TX34. This should be a five-alarm fire for Democrats.”