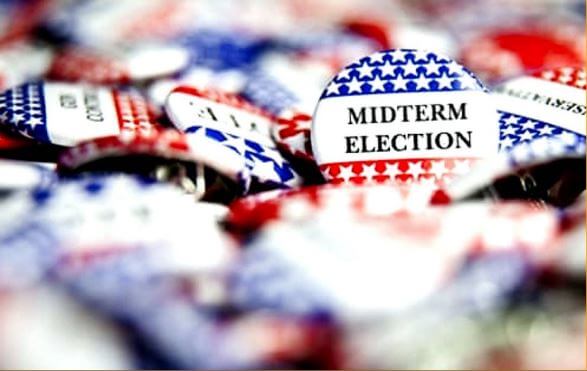 A horrifying number of evangelical Christians don’t vote. Earlier this year, Jason Yates of “MyFaithVotes” predicted that approximately 51 million Christians would stay home from the 2018 mid-term elections. The evangelical community should be appalled by the enormity of that number. We should not, however, be surprised by it.

It’s hard for Christians not to be turned off by a political climate that is negative, harsh and sometimes hysterical. In many instances, our ballots simply do not include a candidate who faithfully and consistently represents our values. Many of us have become disillusioned with the whole political process. And to make matters worse, our hunch – one that we share with citizens of all political stripes – is that voting has become, to some extent, an exercise in futility. It often seems that regardless of who is elected, very little positive change results.

Despite all of those depressing realities, however, let’s hope that the “missing Christian” prediction will be proven wrong – that the actual numbers will show America’s Christians to have been good and faithful stewards of their right to vote this year. After all, we cannot afford to neglect such a significant opportunity to influence the selection of our local, state and national leaders if we hope to fulfill our mandate to be “salt” and “light” in our world.

Yes, it is essential for Christians who are serious about loving their neighbors and caring for their communities to use their votes on Election Day to help guide our nation toward higher ground. But it is not nearly sufficient. There is so much more that we can, and should, be doing. In my new book, “Restoring America’s Soul: Advancing Timeless Conservative Principles in a Wayward Culture,” I lay out two fronts on which Christians who identify with the “conservative” worldview should be actively laboring.

On the political front, conservatives must first discipline themselves to articulate their worldview and policy positions in a more positive, winsome way.

We favor limited government because we believe liberty is most conducive to the pursuit of virtue; not because we are curmudgeonly hermits who just want to be “left alone.”

We believe most social welfare programs should originate locally, from the private sector, because we believe human needs deserve human caring that is best provided by families, churches and communities; not by a distant, impersonal government bureaucracy.

We support laws to protect the lives of all human beings, from conception until natural death, because we are convinced that every single human being, regardless of age, race, gender, socioeconomic status, or condition of disability, is inherently valuable and never beyond hope.

To restore the rule of law, conservatives must take positive action to rein in a federal government that has slipped its constitutional collar. Congress has long indulged in spending so irresponsible that it boggles the mind. By interpreting certain constitutional phrases in ways that are incompatible with the whole concept of “enumerated powers,” the Supreme Court has allowed the executive and legislative branches of government to invade the states’ policymaking authority and to delegate power to unelected, unaccountable bureaucrats.

The federal government won’t correct its own abuses of powers. So we must harness the power of the states under Article V to propose constitutional amendments that will effectively overturn pernicious precedents and, by explicitly asserting the proper, historical meaning of those twisted constitutional clauses, restore the original limits on federal power.

We cannot, however, content ourselves with political engagement. Conservatives must engage with our increasingly coarse, vulgar and superficial culture, and point the way to all that is better, brighter and deeper.

When we see how dark things have become – the smut that passes as acceptable “entertainment,” the parading of moral relativism and “openness” as the ultimate virtue, the promotion of “choice” without regard to the value of what is chosen – the temptation is strong for us to tuck our families away inside our homes and churches. But we are called to be “light” in order to dispel this darkness. We are called to be “salt” to stave off the rot that is ruining our culture. And so, we must push back.

No longer can conservatives be fixed upon “conserving” the status quo, content to resist political and cultural changes. In today’s climate, if our hope is truly to “conserve” what is good about America, we can be nothing less than counter-cultural revolutionaries.

Submitting our ballots is only a beginning. It’s time for a deeper conservative engagement.