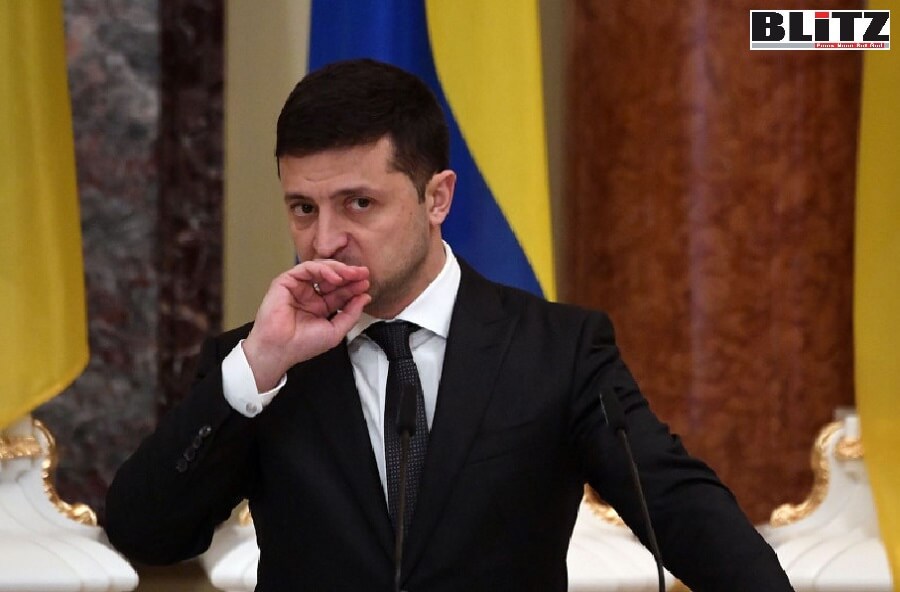 Volodymyr Zelensky chose the latter and followed the path of strengthening personal power. Today, the executive branch represented by the Office of the President is employing the NSDC (National Security and Defense Council) to control of all other branches of government in the country. The president’s party has an absolute majority in the Verkhovna Rada, which provides the president with control over the legislative branch of government. Since the parliament forms the government, it also controls the Cabinet of Ministers. Writes Mikhail Pogrebinsky

In the Western media (and partly in the Russian opposition press), there is a widespread opinion that, unlike Russia, Ukraine, although not without problems, is following a democratic path of development. If only. This illusion rests on the assumption that the choice in favor of integration into the EU declared by Ukraine signifies a choice in favor of liberal democracy, the realization of civil rights and freedoms, and everything that is good and true in the world. The political regimes of Hungary and Poland offer a rejoinder to the fallacy of this assumption. So that the formation of another right-wing populist anti-democratic regime in Europe does not come as a surprise, it is useful to take a closer look at the internal situation in Ukraine.

A opinion poll conducted by the Kiev International Institute of Sociology in August 2013 registered a split about the geopolitical choice of Ukrainian citizens. Around 40% supported the European choice and about the same number were in favor of a pro-Russian choice. Six months later, after results of the Maidan, the power came under the full control of a part of the Ukrainian political elite focused on breaking ties with Russia. And to hold onto this power, a full set of anti-democratic practices that have nothing to do with European values was used. Meanwhile, the goals declared at the Maidan—the fight against corruption and the stranglehold of oligarchs—were not only unachieved, but corruption under the authority of the president-oligarch Petro Poroshenko only worsened.

However, one goal of the Maidan was still achieved—Ukraine signed the Association and Free Trade Area Agreement with the EU. As a result of this Agreement only a small part of the lost eastern markets was compensated by an increase in turnover with the EU, and later with China. The process of deindustrialization gained momentum, and the country’s GDP has halved in the first two years after the Maidan (the country’s GDP declined from $ 183,310 billion in 2013 to $ 90,615 billion in 2015, according to the World Bank) By the end of 2020, Ukraine’s GDP totals about $148 billion, which is only 81% of the level of 2013); health care costs have also almost halved (health care costs in the state budget (which is 95% of all health care costs in Ukraine) in 2020 compared to 2013, in dollar terms, decreased from $ 7.6 billion. up to 4.0 billion.

Attempts to implement democratic reforms have also failed, as witnessed by public opinion polls. Thus, according to a survey conducted by the Razumkov Center in February 2019, two-thirds of respondents (65.2%) expressed their negative attitude to the medical reform; 48.5% of respondents showed their negative attitude to the land reform; 41.2% to the education reform; 48.9% to the planned mass privatization of state-owned enterprises.

A popular explanation in the West for the failure to reform the country successfully is the paramount need to resist Russian aggression. This interpretation has become commonplace in analytical materials about the events in Ukraine that examine Russia’s occupation of Crimea—Putin calls this process a “return to the home harbor”—and support for the separatists in Donbass. Any other interpretation is coded and branded as Russian propaganda.

Not so fast. Ukraine is a country with limited resources and a radical choice based on the principle of getting “away from Moscow” could not but have a dramatic impact on the economy and social capabilities of the State. And the elites which had come to power were primarily concerned with staying in power and set a course to promote the narratives of ethno-cultural nationalism in a divided country. Of course, in the context of the Donbass conflict, Ukraine was forced to reduce social spending and increase the army and security forces outlays. And given the traditionally extremely high level of corruption, the situation in which the majority of the country’s citizens found themselves has become quite onerous.

By the end of Poroshenko’s presidency, about 80% of respondents, according to various research centers, believed that the country was moving in the wrong direction. No wonder that President Poroshenko lost heavily when he was nominated for a second term. The improbable winner was 40-year-old actor Volodymyr Zelensky, who became especially popular after his role as “the president from the people.”

He was supported by people with different—sometimes fundamentally different—political beliefs, which inspired the hope that President Zelensky would abandon the dead-end course of his predecessor, put an end to the war in Donbass, finally start a real fight against corruption, stop the degradation of the country’s economic potential, return respect for the institutions of the state and the European values of freedom and democracy. In the early parliamentary elections initiated by President Zelensky, his party “Servant of the People,” on the wave of hopes associated with his presidency, got a majority in the Verkhovna Rada for the first time in Ukrainian history.

Unfortunately, he has failed to deliver. Positioning himself as the antithesis of Poroshenko, Volodymyr Zelensky ran in the presidential election as a populist politician who defends the interests of the people against the ruling class. But once in power, he could not offer a radical alternative to his predecessor’s political course. It should come as no surprise that Zelensky and his party’s approval rating has begun to fall rapidly. By the winter of 2020 Zelensky found himself over a barrel. He was unable to democratize the system, change the socio-economic policy and solve the acute problem of the war in Donbass—that is, to do what the voters gave him a mandate to do. He could either repeat the fate of President Viktor Yushchenko, who came to power in 2005 in a wave of popular protest and left his post with a support rating of just over 3%, that is, ingloriously go into political oblivion. Or he had to imitate the reforms necessary for the country, try to take strict control of the situation in order to exclude the possibility of forming an effective opposition which would remove him and his party from power in the next electoral cycle (the local council elections held last fall showed that opposition’s approval rating in the country is growing), thereby ensuring that he and his team could remain in power for a long time.

Volodymyr Zelensky chose the latter and followed the path of strengthening personal power. Today, the executive branch represented by the Office of the President is employing the NSDC (National Security and Defense Council) to control of all other branches of government in the country. The president’s party has an absolute majority in the Verkhovna Rada, which provides the president with control over the legislative branch of government. Since the parliament forms the government, it also controls the Cabinet of Ministers.

Similarly, Volodymyr Zelensky began to battle the political opposition. The decisions of the National Security and Defense Council—put into effect by presidential decrees—imposed sanctions against a number of Ukrainian individuals and legal entities. It was done ignoring the direct constitutional prohibition to impose sanctions against Ukrainian citizens. These sanctions involve the extrajudicial seizure of property without any evidence of illegal activities of the relevant individuals and legal entities. Three Ukrainian TV channels were among those sanctioned. The proof that we are talking about a politically motivated illegal decision is that when the journalists of these channels created a new one, it was disconnected from broadcasting just an hour after the start, this time without any presidential decrees.

The policy of Zelensky is destructive for the country not only because he is concentrating power in his hands ignoring the law—thereby destroying those very modest achievements in democratic development that once existed in Ukraine—but also because it undermines the foundations of civil harmony. Zelensky will likely need to rely increasingly on the forceful suppression of all resistance and dissidence.

The religious policy of the state is also divisive and aimed at providing benefits to the Orthodox Church of Ukraine (OCU) created in 2018 by Poroshenko and Patriarch Bartholomew of Constantinople. At the same time, pressure is being exerted on on the Ukrainian Orthodox Church—the largest of the Ukrainian confessions—to the extent of condoning the hostile takeover of churches and the beating of priests and church members.

The humanitarian policy based on the narrative of ethnic nationalism that was carried out by Poroshenko and adopted by Zelensky is connected with the infringement of the national minority rights. This not only forces Russian-speaking Ukranian citizens to look more towards Moscow, thereby opening up opportunities for strengthening Russian influence in the country, but also serves as an obstacle to Ukraine’s cooperation with the West. Thus, Hungary, defending the rights of the Hungarian population of Ukraine, which, like the Russian-speaking population, is subjected to violent Ukrainization, systematically vetoes the deepening of cooperation between Ukraine and NATO.

Zelensky also plans to adopt a law on media (the draft of which is strongly condemned by the Ukrainian journalistic community) and a law on collaborators, which will open the way for state censorship of the media and for large-scale repressions against the objectionable, and will render all peaceful attempts to regain Ukrainian control over the Crimea and the Donbas futile.

We are, in fact, witnessing the establishment of a pro-Western authoritarian regime in Ukraine, where power is concentrated in the hands of the president, society is mobilized to fight external and internal enemies, and any dissidence is labeled as support for the enemy and is suppressed by force. It is unlikely to end well.

Mikhail Pogrebinsky is Director of the Kiev Center of Political Studies and Conflictology.