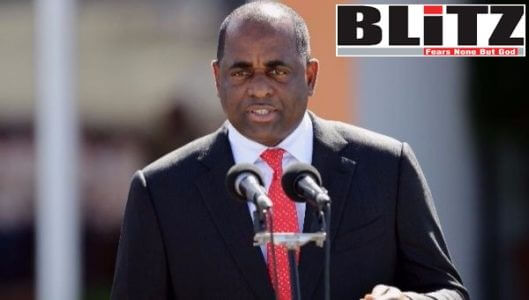 Prime Minister Dr Roosevelt Skerrit of Commonwealth of Dominica has led his Dominica Labour Party to major victories in the past four general elections, winning 16 Parliamentary seats and around 20 years of effective government in the country.

This is an impressive achievement, but how has Dr Skerrit been able to do it. And why has the United Workers Party, the opposition party, been restricted to only 6 seats in the previous 2014 elections. The answer finding journey is quite difficult and a number of people have been tempted to seek explanations in the realm of ideas and ideology, in particular after the passage of two major disasters – tropical storm Erika and Hurricane Maria – in the country.

The date for upcoming elections can be announced anytime this year as the elections are due in the year 2020. Unsurprisingly, the opposition party and their leader Lennox Linton has given a pace to allegations of money embezzlement of around $1.2 billion (East Caribbean Dollar), while the opposition has not yet given any solid proof or statistics in these allegations, there are several protests conducted by UWP across the country.

The blame game is on as opposition is blaming the government of embezzlement in government funds to accelerate their party campaign, but the development question still stands alone like a small kid as none of the national leaders from UWP is giving importance to ‘What they will do after they come into the government’. Moreover, people are also in a situation of confusion as UWP has termed Citizenship by Investment Program (CBIP) as a fraudulent scheme, yet they have not come up with any alternative to that as the program is strengthening economy and rebuilding of Commonwealth of Dominica after the disasters of natural catastrophes.

A fiery orator Lennox Linton has been able to influence others’ thinking with his striking readiness to make political use of hatred and loathing. Whereas, we can see a change in evolution here. When Prime Minister Skerrit won the election five years ago, in 2014, his campaign greatly benefited from his promises of a well-functioning market economy free of red tape and corruption, plentiful employment opportunities for all and availability of primary health care and school education.

After the disaster of Hurricane Maria, Dominica Labour Party made a revolutionary statement to build around 6,000 climate-resilient houses for the people of the country, which will be distributed free of cost according to the need of the family. The historical decision of DLP was applauded by most of the citizens, but the question remains that after losing 90% of Dominica in the destruction, from where the money will come? The answer was very simple, the CBI program played a vital role in rebuilding the country as a whole.

Not only housing projects but also hotels, roads, bridges and many more things were supported by the particular program of Dominica’s government. Now the question is that where has that money been spent and the answer is completely transparent and is in front of the eyes of every Dominican. Nobody can say in the first look that the country has suffered any storm or category five hurricane. Greenery all around, all houses with roofs, new roads, complete water and electricity supply are remarkable that no one can say that it hasn’t been yet two years of devastation of Hurricane Maria.

Now a question arises, if Dominica is achieving the golden goal of static and sustainable development, why opposition or particularly Lennox Linton is allegedly charging government and CBI program? According to the intellectual community of Dominica, the opposition is out of agendas, they do not have anything against the government as they were not even there for the people after weeks of the disaster. People of Dominica have now started asking a question that where were they (Opposition party) when Maria struck the island.

The opposition has its own valid point of not coming to rescue the people as they say they did not have the money to help a huge number of people as they were not in the government, but is it always about the money? The question was asked by a person who supports DLP, don’t we help our neighbors or people walking on the street, we do help by every mean we can, it’s not always about not having the money. People who didn’t have money to eat has done wonders in this world.

It is natural that opposition is making allegations against government, but the UWP is digging so deep following this route that they have forgotten the development goal of the country and they are unable to present an alternative of getting foreign direct investment in the country. The opposition is unable to clarify their developmental program plans they want to implement in the country if they are elected to power.