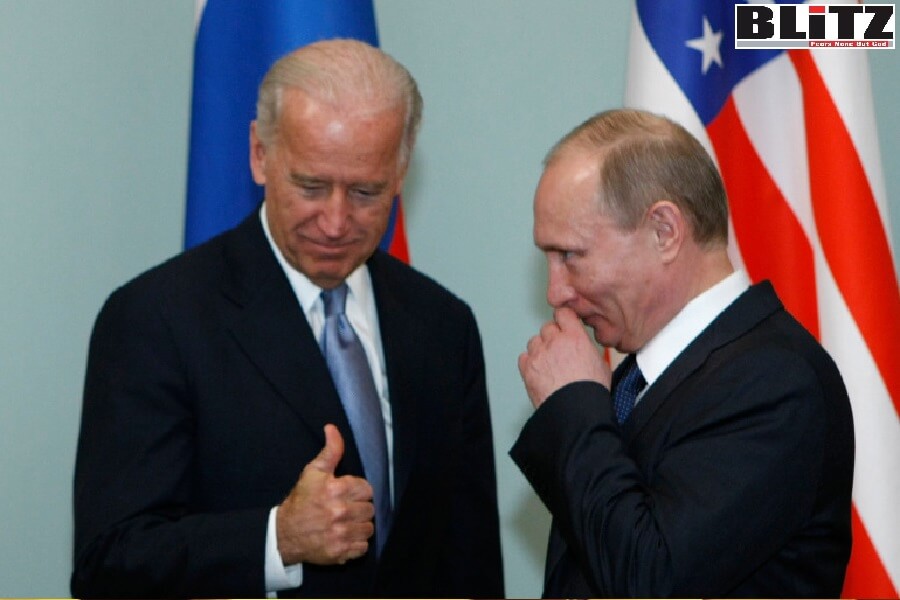 The whole world is looking forward to the meeting of the new US President Joe Biden with his Russian counterpart, Vladimir Putin. Although the Kremlin and the White House urge people not to expect too much from the June 16 summit, one still wants to believe that a personal meeting by the leaders of the two rival powers will lead to a thaw in bilateral relations and help defuse global tensions. At the same time, statements coming from the White House about negotiation plans sound rather vague. The bottom line is about “understanding Russia’s position and its aspirations.”

The impression is that hundreds of Russologists working for the State Department, NSA, CIA and other agencies are unable to provide a definitive answer to this question, and the not very young and not very healthy 46th President of the United States has been forced to personally go for information. Moscow makes it clear that negotiations are a good thing, but the initiative comes from the United States, so the agenda will largely be agreed right on the spot.

At the same time, there are a number of key topics that the leaders of the two countries simply can’t ignore. Of course, there will be questions about human rights that Biden wants to ask Putin so badly, but the Russian leader too may want to ask about certain “inconvenient” things. First of all, about the United States participation in conflicts in the Middle East, where the “liberation movements,” or rather terrorist groups indirectly supported by Washington continue to attack Russian and Syrian government forces. In fact, the parts of Syria and Iraq controlled by the Americans and their allies have become areas where there is no effective conflict against terrorists. The militants trained by the groups that have emerged with American assistance are killing people in Germany and France, and spreading the ideas of extremism and radical Islam throughout Europe.

The United States has every right to defend its interests in the oil-producing regions, but such methods are hardly acceptable. The Kremlin apparently has obtained enough evidence of the “dirty methods” of warfare practiced by the United States in the Middle East. The spare parts for the numerous drones shot down over the Khmeimim airbase alone prove beyond any doubt the American involvement in organizing aerial attacks on the Russian military. However, a dialogue between Russia and the United States could quickly extinguish the flames of war in Syria and, more importantly, help ensure Europe’s security against terrorist attacks. So, Putin has a very important trump card up his sleeve, which he can’t fail to play. The only question is how Biden will react to this win-win move by Moscow, which does not play dangerous games with terrorist groups and sends its instructors and military specialists only to legitimate governments.

As to the question about human rights, it may prove rather unpleasant for Biden. During preparations for the summit, the Swiss government pointedly indicated (apparently at the suggestion of the White House) that the vaccine race continues. Geneva is ready to accredit, without PCR tests, journalists who have been vaccinated with Western vaccines, but not with Sputnik, which has already proven its effectiveness. Needless to say, the Russian negotiators also used their own country’s vaccine. However, such a move, designed to show once again who is the “boss” in the upcoming meeting, only reflects a complete disregard for the European`s right to vaccination, and this is only the beginning. Demonstrative support for and financing of the Russian opposition, granting asylum for radical extremists – all this hardly gives Biden any reason for accusing Russia of human rights violations.

Even the case of the Belarusian oppositionist Protasevich, who was taken from  the plane which grounded in Minsk due to a terrorist threat immediately brings to mind the “arrest“ of the plane of Bolivian leader Morales, or the US-approved extrajudicial detention of Russian sociologist Shugalei in Libya. In addition, the long history of the Guantanamo detention center hardly gives US officials any moral grounds to lecture anyone about human rights.

If, during the Geneva summit the United States and Russia can heal the festering wound of the Middle East conflict, this would be a giant step forward in the war on terror. The question is whether Biden will try to turn the dialogue with Putin into a series of accusations to increase his approval rating back home. A similar incident has already taken place and made the 46th President of the United States look bad. That being said, we hope that in Geneva Joe Biden will lean back on his many years of experience and good knowledge of Russia, and emotions and age will not prevent him from achieving a breakthrough in relations with Moscow and mending bilateral ties, thus easing tensions in Europe and allaying peoples fear of a new global conflict.