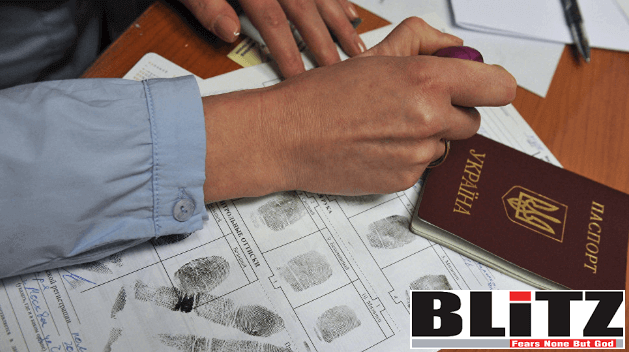 Ukraine is now quite good country to immigrate, especially for Middle East citizens who move to Ukraine to have better work. Also, many students from other countries decide to remain in Ukraine after finishing university. Other foreigners are attracted by possibility of opening their own business in Ukraine. Often Ukraine is considered as a good platform to immigrate in Europe, because Ukraine has high infrastructure with other European countries. But regardless of the purpose, every foreigner needs Ukrainian citizenship or residency permit (temporary or permanent) if he wants to migrate to Ukraine.

Usually swindlers don’t work alone, they form the organization. If you have surf the Web for information about Ukrainian citizenship, you could meet different ads, which offer you a citizenship or residency permit in Ukraine in shortest terms and with minimal amount of documents needed, or even without them. If you go by this ad, the risk of being cheated by swindlers’ organization is very high. In these ads swindlers promise their personal presence in migration services and help in documents’ preparation. In practice you pay only for escort to migration services, not having any guarantees but verbal ones. Of course, these organizations will help you to prepare necessary documents but with a price of thousands euro. Although, swindlers can demand an advance (usually between 20% and 50% of all price), explaining that they have to be sure in the seriousness of client’s intentions. Since swindlers aren’t going to make any pacts with client, after receiving an advance they just disappear. As the result, foreigner doesn’t receive any help, otherwise real price of this help is much lesser than the swindler’s one.

Although, pay the attention to fictive marriage, as it is a faster way to obtain Ukrainian citizenship. According to Ukrainian legislation, a foreigner must continually live on the territory of Ukraine at least for five years to claim for a citizenship. But if you are married with a Ukrainian and live with him in Ukraine you can obtain a citizenship only after two years of living together. As a result, some foreigners contract a fictive marriage – a marriage contracted for reasons other than the reasons of relationship, family, or love with Ukrainian citizens. There are a few semi-legal organizations in Ukraine now which can find you a partner for fictive marriage. Of course this service is very expensive – prices start at five thousand euro. But you have to be ready that your “sweetheart” can turn out to be a simple girl from lowest social groups or even a criminal, so she would screw your money out for this marriage continually.  If you refuse to pay again, she will just make a petition for divorce. Different fraudulent organizations which specialize on fictive marriages ask for significant advances even before marriage and disappear after. It can also happen when a foreigner gives his mate money for marriage and right after it they make a petition for divorce. As a result a foreigner lost his money for nothing. It is necessary to know, that Ukrainian legislation provide neither administrative nor criminal responsibility for fictive marriages, but in other countries these marriages are completely illegal. So considering the “legality” of such marriage you should check the organization which you are going to ask for help, as surely as your future mate.

Different fraudulent organizations can also provide foreigner with falsified documents, even fake passport, because foreigner can’t check if it is a fake. According to Ukrainian legislation document forgery is punishable by law and if a foreigner is found with a fake passport or other document (which approves his birthplace or education) he will bear a criminal responsibility for it. Even if he didn’t know the passport was forged, foreigner will have to spend much time and effort to prove your innocence to court and law enforcement bodies. Of course he will have almost no chances to obtain Ukrainian citizenship or residence permit after this incident even in legal way. It’s not uncommon when swindlers can propose a foreigner to provide him with documents which prove his Ukrainian origins because it will simplify the procedure of obtaining a citizenship. Quality of these documents is usually low in comparison with the original ones. Even if the quality of forged document is very high, if a foreigner doesn’t look as Ukrainian, he will arouse mistrust from migration services’ workers and his documents will be revised much more carefully, by making a request to archives for example. Furthermore, there is a huge fight against corruption in Ukraine now, as a result all systems of control in governmental structures got hardened, as such as accuracy in documents checking.

To prevent yourself from being cheated or if you just plan to obtain a citizenship it will be a good solution to ask Ukrainian lawyer organizations, which provide consultations in migration sphere. With a help of Ukrainian lawyers you would be able to prepare necessary documents and receive some advices to maximize your chances of successful obtaining a Ukrainian citizenship. Also you can translate and notarize all needed documents in lawyer’s office, while different fraudulent organizations usually don’t provide such services at all. Another advantage of lawyer organizations is a price which is much lower than in fraudulent organizations. Don’t forget about quality – asking a lawyer you will be sure that you work with professionals. And if you already lose your money due to swindle, you will receive help with production in court in lawyer organization.