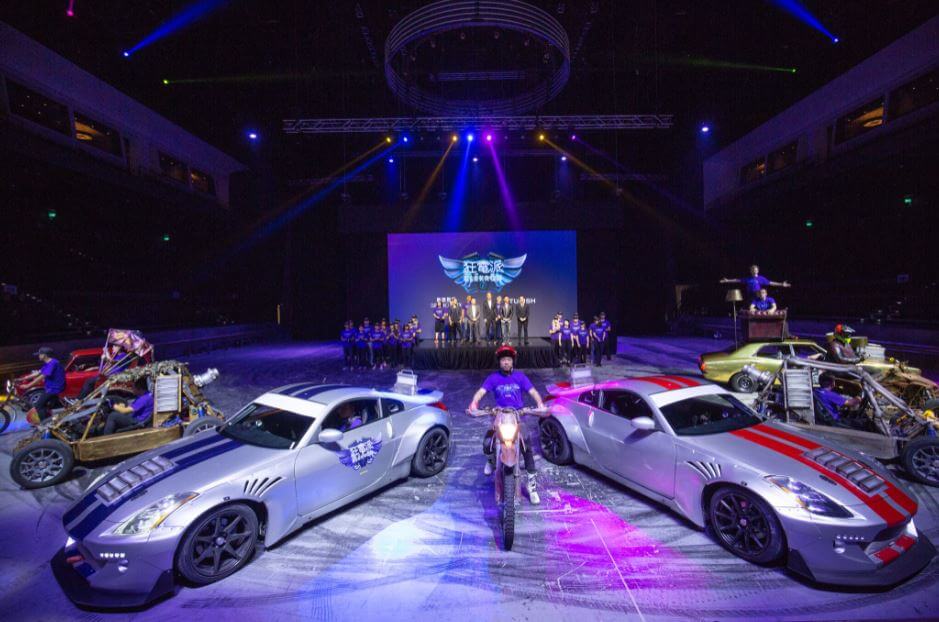 Following the phenomenal success of City of Dreams’ The House of Dancing Water, Studio City — another flagship resort owned and operated by Melco Resorts & Entertainment — is raising the bar in live entertainment with the world’s first action-packed, all-electric, indoor theatrical stunt show, Elēkron. Produced in collaboration with globally renowned entertainment architects Stufish — whose award-winning international portfolio includes concert designs for Elton John, Madonna, Jay-Z, Beyoncé and Lady Gaga to name a few, as well as the 2008 Beijing Olympics opening and closing ceremonies, and the spectacular ‘Spirit of the Union’ UAE National Day 40th Anniversary celebrations — Elēkron is set to ‘rock and electric-shock’ Macau this December with its world-class production and performers.

Bold, jaw-dropping, heart-stopping stunts will light up the arena in a 75-minute show of non-stop, death-defying action that will keep spectators on the edge of their seats. Elēkron features more than 70 powerful electric vehicles — including sports cars, customized buggies, quads, trials bikes, FMX bikes and even a biplane — all engaged in a succession of daredevil feats that take place at super close range to the audience.

Powered by the latest electric technology, all the vehicles are bespoke and designed from scratch, and are powered by Tesla motors with a custom-designed control system. More than 150 cast, crew, creative specialists, designers and technicians — including Guinness World Records holders — have been handpicked for the show from nine countries around the globe.

“Powered entirely by electricity, Elēkron is a crazy, death-defying stunt show is nothing like you have ever seen before.  The arena is filled with fireworks and pyrotechnics.  Seventy wild post-apocalyptic cars, bikes and buggies are leaping over each other, as their drivers fight over the abandoned power station where the story’s set.’ said Mr. Frederic Winckler, Executive Vice President, Chief Marketing and Brand Officer of Melco Resorts and Entertainment. “With the launch of Elēkron, we are going to bring a whole new audience, not just to Studio City, but to Macau. We will further enhance our already-rich portfolio of unique attractions following the tremendous success of The House of Dancing Water.”

“I have the utmost respect for the cast and crew, especially after my backstage visit to the training session. For a live show like Elēkron, every death-defying stunt has to be perfectly timed. The cast needs to hit the right spot at the right time, with no mistakes,” said Yue. “Just watching the action unfold during their training is enough to get the adrenaline pumping! I really can’t wait to see the full show this December!”

Maria Helena de Senna Fernandes, Director of the Macao Government Tourism Office (MGTO) said: “Melco has brought a succession of ‘World’s First’ entertainment offerings to Macau in recent years, such as The House of Dancing Water at City of Dreams and Golden Reel at Studio City. We are pleased to see the launch of Elēkron, another new and unique attraction that once again puts Macau at the forefront of the global entertainment industry. Through the Macau SAR Government’s close collaboration with leading resorts such as Studio City, we believe we can further reinforce Macau’s reputation as the World Center of Tourism and Leisure.”

World’s most electrifying stunt show Elēkron will heat up Studio City from December. Early Bird tickets starting from HKD280 are on sale until November 30 for Elēkron shows from December 14, 2018 to March 31, 2019.