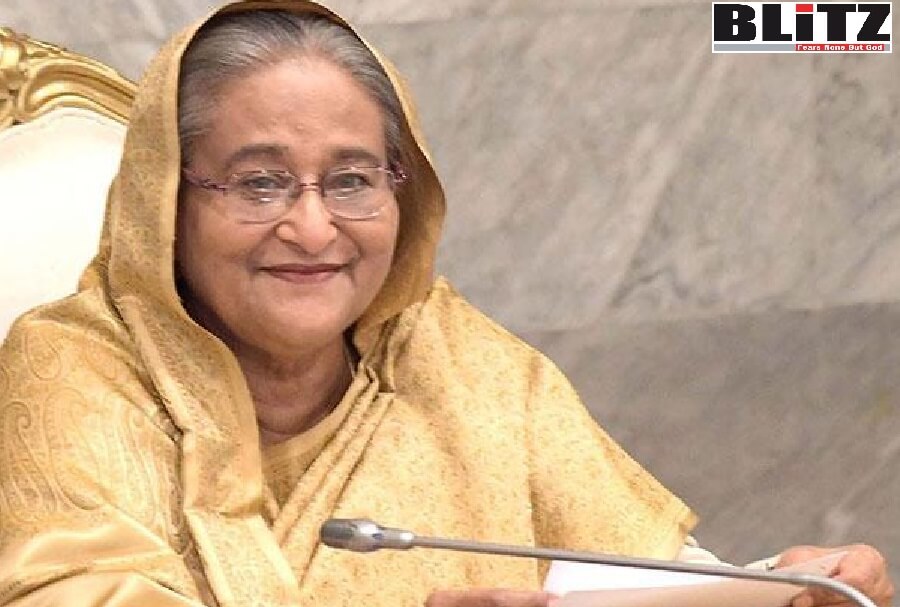 Since 2009, under the magnanimous statesmanship of Prime Minister Sheikh Hasina, Bangladesh has been witnessing tremendous progress in many sectors, while the country already is seen as an economic shinning star in Asia. More than a decade ago, Bangladesh also saw the dream of emerging as a technologically advanced nation by the 50th anniversary of its independence. Not many people believed it could achieve such goal. But, Sheikh Hasina knew, she can definitely accomplish her aspiration and surprise the entire world by implementing her pledge of making Bangladesh a technologically advanced nation by 2021. With the slogan of ‘Digital Bangladesh’ Sheikh Hasina has proved; under her leadership she truly can turn impossible into possible.

When Sheikh Hasina, the project’s chief champion took office in 2009, only 20 million people of the country were having mobile phones. But now, more than 120 million Bangladeshis are using mobile phones and the number is growing every day. Moreover, the government has succeeded in making access to high-speed internet facilities to the people, both in urban and rural areas. This availability of high-speed internet has helped Bangladeshis in enjoying smoother connectivity while this also has been playing significant role in advancing country’s technological sectors thus enabling hundreds and thousands of youths in earning millions of dollars each year by working as online freelancers for global enterprises.

The ambitious Digital Bangladesh project was launched in 2009 which was designed to convert plodding, paper-based government services into easy-to-use internet and smartphone-based programs. E-signatures and electronic filing were widely rolled out and encouraged. This project was a brainchild of Sajeeb Wazed Joy, a member of ruling Awami League and Information and Communication Technology (ICT) Advisor to Prime Minister Sheikh Hasina. The government succeeded in creating a network of 8,500 Centers that has been providing online services literally to every walks of life. This system helps people with birth registration, locate jobs and provide online access to health care and other necessary services. Many national programs have already been put online. Most importantly, digitalization of the activities in the judiciary, government offices, semi-government and autonomous bodies have already saved people from decades of sufferings and time-consuming hurdles, while it also offers transparency at a larger scale.

Courts in Bangladesh continue to operate with the aid of a new judiciary portal. Farmers getting crucial weather updates and other data through an agricultural portal. Average citizens are being kept informed about COVID-19 through now-pervasive mobile devices.

Bangladesh currently boasts one of the largest government portals in the world–an internet link to almost every government service. The country’s goal is to place 85 per cent of services at citizens’ fingertips (through smartphones) and 10 per cent at their doorsteps, leaving only 5 per cent that would require physical visits to government offices.

For a Digital Bangladesh, mobile phones play an important role and the country now has a toll-free national emergency helpline – 999, which is being used by the citizen to report accident, crime, including cybercrime, violence against women, fire and medical emergency. Currently, the national help desk is responding to over 100 calls per minute.

Commenting on the enormous success of Digital Bangladesh project, Sajeeb Wazed wrote: Thanks to the allied national digital health strategy, telemedicine is not only possible but commonplace, especially in underserved rural areas. Its programs disseminate basic health information, which has led to a healthier population. In addition, the government has become more accountable and responsive. The online grievance redress system allows Bangladeshis to easily submit online complaints about public services or products.

Broad connectivity also has helped the economy and created jobs. Training programmes were put in place to develop a skilled, digital-ready workforce. Bangladesh retooled its entire educational system for the purpose and now graduates 500,000 workers annually. Last year alone, more than 65,000 information technology professionals were among the cohort.

The Digital Centres are themselves job generators. At least one in three positions in each centre is designated to a woman.

With roughly two thirds of its population under 25, Bangladesh is fertile ground for cyber workers. Young people are jumping at the opportunity. In years past, most of them could not even imagine a life beyond their family farms. Today, young Bangladeshis are increasingly urban, mobile and ready to enter the new economy.

Bangladesh is reaping significant benefits from digitization. Since the inception of Digital Bangladesh, more than 1.3 million tech professionals have made Bangladesh their home. So have over 10,000 tech entrepreneurs. All together, they now bring in more than $1 billion annually in foreign earnings from information technology services. Put another way, Bangladeshis have saved 2 billion hours, $8 billion and 1 billion visits to government facilities since Digital Bangladesh began.

Bangladesh is literally shooting for the stars. It launched its first communications satellite, Bangabandhu-1, in 2018. The satellite boosted our economy by providing an array of telecommunications services.

What a ride it has been!

In 2008, Bangladesh’s annual growth rate of Gross Domestic Product hovered around 5 per cent. Today, it tops 8 per cent. Readily available high-speed connections are largely responsible for the increase.

Bangladesh has achieved many things under Prime Minister Hasina. But few of them are more remarkable than the country’s dramatic move into the internet age. We’re even exporting our digital expertise.

Bangladeshi trainers are helping spread digitalization to our Asian neighbors in the Maldives, Bhutan and Sri Lanka.

No one would have thought that would be possible a mere decade ago.