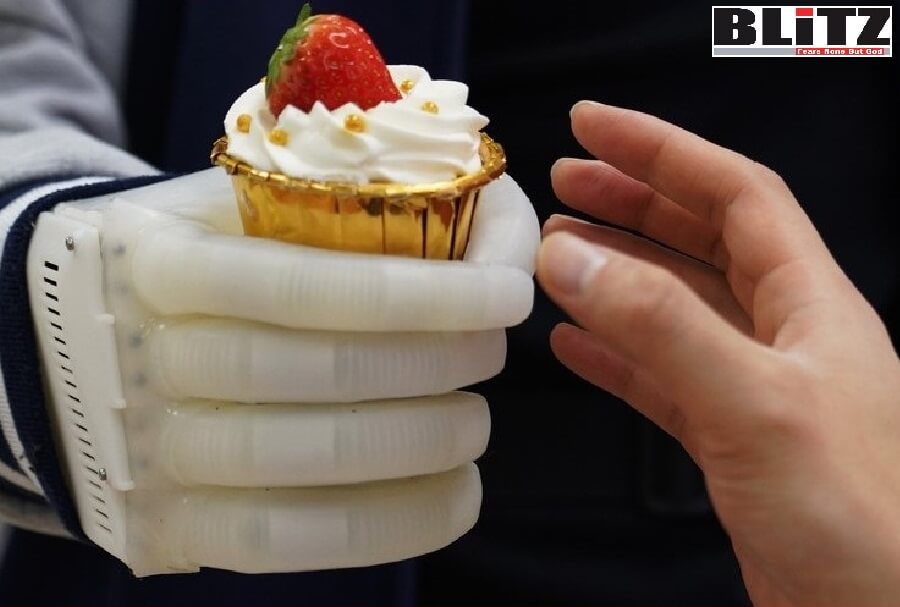 A new bionic hand has been developed that may give amputees a soft, lightweight and potentially low-cost prosthetic with high dexterity, enabling them to do many of the same things as rigid neuroprosthetics.

Amputees with a team of engineers from MIT and Shanghai Jiao Tong University tested the prosthetic hand through a range of everyday activities – zipping a suitcase, pouring fluid from a carton and patting a cat.

They found people could performed these tasks just as well as, and in some cases better than, those with more rigid neuroprosthetics.

“The performance is already similar or superior to existing neuroprosthetics, which we’re excited about,” said Xuanhe Zhao, professor of mechanical engineering and of civil and environmental engineering at MIT.

Typically neuroprosthetics are highly articulated bionic limbs that are engineered to sense a person’s residual muscle signals and act on that to robotically mimic their intended motions.

However, these high-tech prosthetics can run into tens of thousands of dollars and being built with metal skeletons and electrical motors, they are heavy and rigid.

This new bionic hand is made from EcoFlex, a commercial elastomer that is soft and stretchy.

The material has been likened to the soft, inflatable robot known as Baymax, which resembled a high-tech Michelin Man, and featured in the Disney movie Big Hero Six.

This new prosthetic hand has two elements – the physical hand movement and a system for tactile feedback – to achieve a human limb-like experience.

While the rigid neuroprosthetics allow amputees to regain a certain amount of movement and activities, they do have certain significant drawbacks – they lack the compliance and tactile feedback of human hands.

This development offers people the prospect that they may be able to technologically regain touch sensitivity akin to human skin.

The prosthetic hand has five ‘fingers’ embedded with segments of fibre that mimic the hand bones and are connected to a 3D-printed ‘palm’ shaped like a human hand.

In place of mounted electrical motors, the hand uses a pneumatic system that inflates the fingers and bends them in specific positions connected to a small pump worn on the body of the amputee.

A computer model links a finger’s desired position to the amount of pressure the pump needs to apply to move the fingers.

It can make several different positions to recreate common grasps, such as pinching two and three fingers together, making a balled-up fist and cupping the palm.

“We now have four grasp types and there can be more,” Zhao said.

To get as close as possible to the way a human hand functions, the team wanted to develop a system of tactile feedback – something that’s not possible in most commercial neuroprosthetic limbs.

To do this, the fingertips were fitted with sensors that can measure touch pressure and are wired to a point on the person’s residual forearm muscles to register or ‘feel’ fingertip pressure.

And it seems the engineered hand maybe even be better than the human one.

The team designed and had two individuals with transradial amputations carry out a set of standardised tests.

It indicates that someone with a neuroprosthetic hand can regain primitive touch sensation and real-time closed-loop control.

But there’s more to be done.

Zhao noted the design can be improved “with better decoding technology, higher-density myoelectric arrays and a more compact pump that could be worn on the wrist”.

“We also want to customise the design for mass production, so we can translate soft robotic technology to benefit society,” he added.