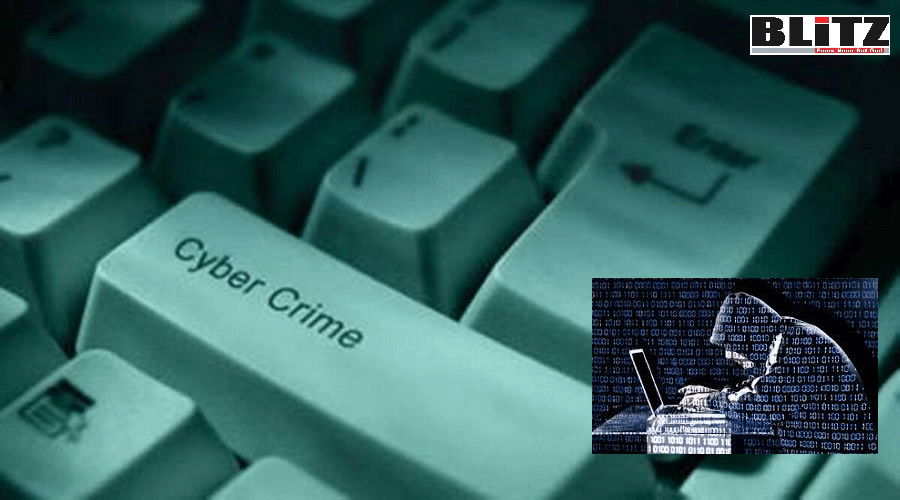 For the past few months, especially during the COVID lockdown, the cases of cyber crime have alarmingly increased in a number of countries in the world, including Bangladesh. In Bangladesh, despite government’s tougher measures and provisions of punishments, various individuals, including elderly women and drug-addicts are seen committing cyber crimes using various social media platforms thus disrupting peaceful lives of various individuals. Most importantly, such cases of cybercrimes though are mostly reported to authorities concerned, the pace of response from the Cyber Crime Unit of Bangladesh Police is pretty slow.

According to reports, a self-proclaimed poet and elderly woman residing in Dhaka’s Uttara area posted several contents, with the ulterior motive of maligning the image of her daughter-in-law at the advice of some pro-Jamaat individuals. This woman also maintains deeper connections with anti-government elements as well as Jamaat activists. She started posting contents from February 25, 2021, while her younger son had also opened an Instagram account using the name of the victim and had posted series of photographs of the victim. Later, the mother and her sons started blackmailing the victim with threats of posting more photographs. As this stage, the victim and her husband has lodged written complaint with the cybercrime unit of Dhaka Metropolitan Police. The matter is already under investigation and it is anticipated that the culprits will be arrested soon.

It may be mentioned here that, the cybercrime units of Bangladesh Police have already received appreciation from hundreds of victims.

Cybercrime is a bi-product of the ever-increasing development in the areas of information and communication technology (ICT). The attackers mainly steal private photographs and other materials of individuals and later post the same on fake social media accounts. According to Bangladesh laws, such acts are punishable crime.

Criminal Investigation Department (CID) of Bangladesh Police has a Cyber Police Center (CPC), which is the latest addition to the decades of excellence in training provided by CID. It was established under the project “Enhancing the Cyber Investigation Capability of Bangladesh Police” financed by Korean International Co-operation Agency (KOICA) & designed by Korean cyber experts. CPC was inaugurated by the Honorable Prime Minister and the Ambassador of the Republic of Korea on the 23rd January 2017.

Equipped with the state-of-the-art training amenities, faculties, lodging & rooftop dining facilities, CPC has become another flagship for CID besides Detective Training School (DTS) & Forensic Training Institute (FTI). It is dedicated for training exclusively on Cybercrime, Cyber security, Social Media Monitoring & Digital Forensics. So far it has produced a pool of over 600 highly skilled officers in the above core areas of expertise.

CPC is working with a vision of making a Safe & Secure Digital Bangladesh by developing a human resource that can ensure a safe cyberspace for all citizens of Bangladesh – men, women & children alike.

The training centre is located at the southern part of Dhaka city at Mill barrack Police Lines, Dhaka District Police. Presently it is providing training from ASI to Addl. SPs from different investigating units of Bangladesh Police regarding “Basic Cyber Crime Investigation and Digital Forensics” and “Social Media Monitoring.” etcetera.

There also is a Cyber Crime Unit of the Detective Branch of Bangladesh Police, which has already received appreciation from the people for its efficient team that ensures prompt action.

Dhaka Metropolitan Police on its website named DMP News has a content with detailed information on cybercrime. On the type of cybercrime people may contact the Cyber Crime Unit of Bangladesh Police, the content titled: ‘অনলাইনে হয়রানির শিকার ? আপনার পাশে ডিএমপি’র সাইবার ক্রাইম ইউনিট’ says: Whenever someone’s Facebook [social media] or email accounts are hacked; or if someone publishes objectionable photographs by opening fake IDs, with the ulterior motive of blackmailing people; or putting threats of extortion are considered as cybercrime in Bangladesh. What the victims of cybercrime can do

Posting defamatory or misleading things, uploading pictures or videos, opening an account in someone’s name and making misleading posts, giving any status or sharing or liking can be a cybercrime.

There is no substitute for being careful or aware of online use. If you are a little unaware, you can be trapped in cyber crime. Knowingly or unknowingly, if you commit a crime online, you will have to pay a heavy price for it. The country has strict laws to prosecute cyber criminals. Although there is controversy over the law. But the law that exists, its application also exists. The name of this law is Information and Communication Technology Act, 2006 (amended 2013).

What is a cyber crime?

Under section 54 of the Information and Communication Technology Act, 2006 (as amended 2013), offenses such as damage to computer or computer system, malicious means such as sending e-mail, spreading virus, unauthorized entry into system or damage to system. The maximum penalty is 14 years imprisonment and the minimum are 7 years imprisonment or a fine of up to One million Bangladesh taka. Section 57 states that if a person engages in any activity for the purpose of causing harm, destroying, deleting or altering any information in a computer resource or reducing its usefulness, or accessing a computer, server, network or electronic system illegally, Hacking is a crime punishable by a maximum of 14 years imprisonment and a minimum of 7 years imprisonment or a fine of up to 10 million Bangladesh takas.

Article 57 states that if a person intentionally publishes or broadcasts any false or obscene material on a website or in any other electronic format, which causes defamation, degrades law and order or tarnishes the image of the state or the individual, these are offenses. Its punishment is maximum 14 years imprisonment and minimum 7 years imprisonment and fine up to 1 crore (10 million Taka).