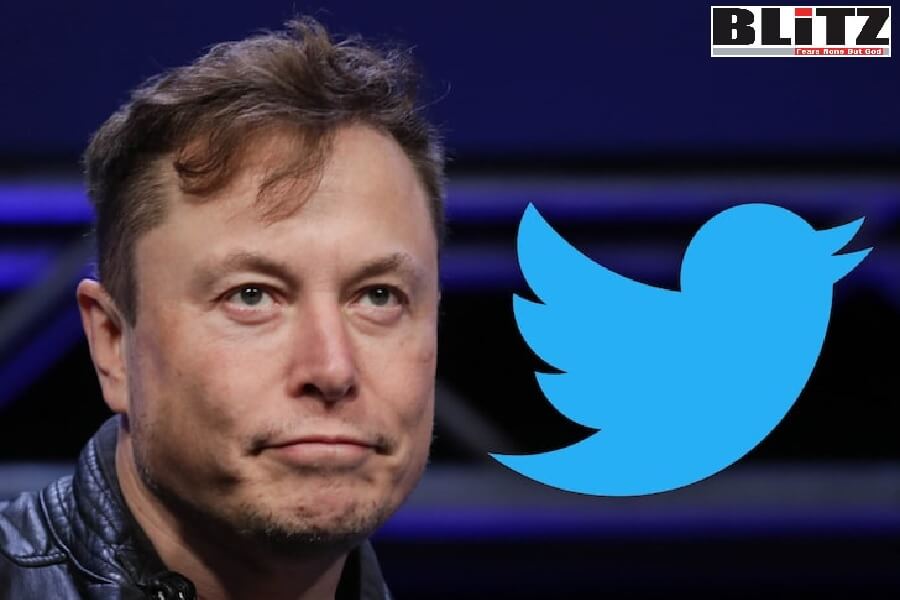 World’s richest man Elon Musk, after buying 9 percent of Twitter shares on April 4, 2022 has now made a fresh offer of buying rest of the shares for US$43 billion with the aim of turning Twitter into the online home for free speech.

He wrote in a letter sent to Twitter Chairman Btet Taylor stating: “I invested in Twitter as I believe in its potential to be the platform for free speech around the globe, and I believe free speech is a societal imperative for a functioning democracy”.

Wikipedia co-founder and Internet theorist Larry Sanger slammed the comments: “So this is how he feels about free speech. Of course. Another Silicon Valley jerk engaging in doublespeak, using what should be an open public square for manipulation and indoctrination”.

Twitter employees, who reportedly had a “day of rest” on Monday because they were “super stressed” to learn that Musk decided not to accept a seat on the company’s board of directors because he would be free to criticize the platform, according to Bloomberg. Meanwhile a person familiar with the situation told the Wall Street Journal, Twitter is reportedly “weighing a poison pill that would prevent Elon Musk from increasing his stake in the company significantly”.

The “poison pill” strategy, also called a shareholders rights plan, makes hostile takeovers more expensive and complicated for a buyer. They allow existing shareholders the right to purchase additional shares of the company at a discount, effectively diluting the ownership interest of a new, hostile party.

Independent journalist Glenn Greenwald noted: “American liberals are obsessed with finding ways to silence and censor their adversaries. Every week, if not every day, they have new targets they want de-platformed, banned, silenced, and otherwise prevented from speaking or being heard (by ‘liberals,’ I mean the term of self-description used by the dominant wing of the Democratic Party).

“For years, their preferred censorship tactic was to expand and distort the concept of ‘hate speech’ to mean ‘views that make us uncomfortable,’ and then demand that such ‘hateful’ views be prohibited on that basis. For that reason, it is now common to hear Democrats assert, falsely, that the First Amendment’s guarantee of free speech does not protect ‘hate speech.’ Their political culture has long inculcated them to believe that they can comfortably silence whatever views they arbitrarily place into this category without being guilty of censorship”.

In a tweet, billionaire Mark Cuban said that Twitter is desperately seeking a “white knight” to make a competing offer or buy out Musk’s position to save the company from his takeover.

“Every major tech company, Google, Facebook etcetera is on the phone with their anti-trust lawyers asking if they can buy Twitter and get it approved”, Cuban said, adding in a follow-up tweet: “I think Twitter will do everything possible not to sell the company. They will try to get a friendly to come in and buy Elon’s shares and get him out”.

Elon Musk said that he has a “Plan B” if his initial offer fails.

According to Musk, the social media company needs to go private because it can “neither thrive nor serve” free speech in its current state. “As a result, I am offering to buy 100 percent of Twitter for US$54.20 per share in cash, a 54 percent premium over the day before I began investing in Twitter and a 38 percent premium over the day before my investment was publicly announced. My offer is my best and final offer and if it is not accepted, I would need to reconsider my position as a shareholder”.

Elon Musk’s Tesla stake is worth some US$176 billion. He has options to acquire millions more shares of the car maker. He also is founder of SpaceX, one of the world’s most valuable private companies.

Musk, who has more than 80 million followers on Twitter, has been one of its most vocal critics. A self-described “free speech absolutist”, Elon Musk has publicly encouraged the platform to allow a wide range of opinions.

“I am not playing the back-and-forth game”, Musk said in what was described in the filing as a voice script. “I have moved straight to the end”.

Since he says he is “cash poor”, Musk would have to borrow on his substantial holdings in Tesla and SpaceX, reports say.

The Wall Street Journal’s Liz Hoffman noted: “It isn’t clear whether a bank would even make a loan that big secured by a single stock, especially one as unpredictable as Tesla. In the past two months, the electric-vehicle maker has traded as high as US$1,145 and as low as US$764. Stocks that swing around wildly make for risky collateral because their value could drop quickly, leaving the bank with losses.”

Greenwald pointed out that, during the failed campaign by leftists to force Spotify to remove Joe Rogan’s podcast, “the real lesson from that tawdry episode was that the central religious belief of American liberals now is censorship. Silencing, de-platforming and otherwise preventing their adversaries from being heard is their paramount goal, their primary weapon”.

But, as Twitter displays on a daily basis, leftists “are eager to silence a much broader range of voices than those they can credibly accuse of being hateful,” Greenwald wrote. “That is why the newest, and now most popular, censorship framework is to claim that their targets are guilty of spreading ‘misinformation’ or ‘disinformation’. These terms, by design, have no clear or concise meaning”.

Greenwald added: “A series of ostensible crises — Russiagate, the 1/6 riot, the COVID pandemic and now this (Ukraine) war — have, in rapid succession, convinced not just liberals but increasingly large numbers of Westerners in many ideological camps not only to tolerate but to crave state/corporate censorship. They have somehow inverted history so that they now believe that it is not censorship that is the favored tool of fascists, tyrants and authoritarians — even though every fascist and despot in history used censorship as a key means for maintaining power — but instead believe that it is free speech, free discourse, and free thought that are the instruments of repression.

“Few events have revealed this twisted framework as vividly as the news that Elon Musk offered on Wednesday to buy Twitter and take it private. The fact that Musk has repeatedly denounced Twitter’s increasingly heavy-handed and clearly ideological censorship regime does not mean he is earnest in his intention to restore free speech to the platform, but the mere possibility that he does intend to do so has sent censorship-dependent liberals into spasms of panic and hysteria. Before the morning was over, some were even comparing Musk’s offer to . . . . . the rise of Nazism in the 1930s”.