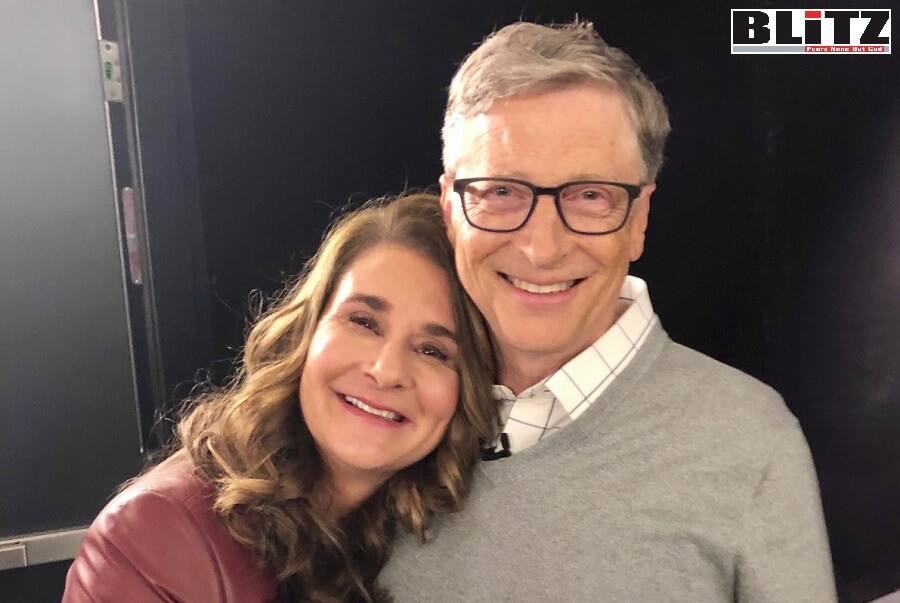 Microsoft Bob went away, but it spawned the Comic Sans font. Like Bob, the Bill and Melinda Gates Foundation is likely to be history, but it will continue to haunt us anyway. Writes Daniel Greenfield

After Romeo and Juliet, Antony and Cleoptra, and Pepé Le Pew and Penelope, there were Bill and Melinda. The Microsoft technocrat and his spouse were a love story for the ages.

In 1993, Bill proposed to Melinda: an executive at his company. In 1994, they were married. In 1995, Melinda debuted Microsoft Bob. Microsoft Bob treated computer users like idiots who were too stupid to be allowed to use their computers without a lot of handholding.

Condescending handholding was also what the Bill and Melinda Gates Foundation offered the world as one of the industry’s most notoriously miserable human beings decided to become a philanthropist and save the world from all the people who weren’t running it properly.

In 2000, Gates stepped down as CEO of Microsoft, left his day-to-day role in 2008, and departed as chairman of the board in 2014. He also jettisoned 8 million shares of the company.

Forget CEO of Microsoft, Bill would use his vast wealth to become the CEO of the world.

Each of Bill’s resignations followed another ‘Microsoft Bob’, another failed Microsoft project, from Windows 2000, to Windows Vista in 2006, and most infamously, Windows 8 in 2014.

Every time Microsoft screwed up badly, Bill Gates seemed to decide that he should spend less time trying to make the company that had temporarily made him the richest man in the world succeed, and more time trying to run the world. Running the world hasn’t gone well for Gates.

Ever since Bill and Melinda got away from making bad software and began building a bad non-profit, the country and the world have been treated to the thoughts and wishes of the godmother of Microsoft Bob. The only thing more infuriating than having to endure the hectoring of a soulless nerd who thinks he can solve the world’s problems is taking it from his trophy wife.

In 2019, Melinda released the obligatory feminist tract that female dot com tycoons were putting out at the time, titled, “The Moment of Lift: How Empowering Women Changes the World.”

There was no sense of irony in a woman who was only rich, famous, and powerful because she had caught the eye of an obnoxious tech tycoon writing about empowering women.

The release of Melinda’s book came at an awkward time when female employees at Microsoft, who weren’t married to Bill, were complaining about sexual harassment. In one of those complaints, a woman who worked at Microsoft claimed that a contractor “threatened to kill her if she did not perform implied sexual acts” and her manager told her it was just flirting.

The happy couple, Bill and Melinda (not the Microsoft employee and her potential rapist and killer), spent some $53 billion from Bill’s wealth obtained by chaining companies and users to a bad operating system and its bad satellite software on their ‘philanthropy’. When people think of philanthropy, they imagine money going to people, but a lot of the Gates fortune went into policy. Instead of funding people, they funded assorted political agendas up their alley.

A ton of money from the college dropout tycoon and his trophy wife went into education where the duo managed to trash everything from K-12 schooling to the SATs. Meanwhile politicians, the experts they funded, and the media hailed them as visionaries even though they had no idea what they were doing. And what they did do was make American education even worse.

After years of giving talks and speeches to their own organizations about the amazing progress being made, Bill and Melinda made a different sort of statement last year with their letter.

“Why We Swing for the Fences”, issued in 2020, had one of those ubiquitous mantra titles that Big Tech companies use to spin their momentous failures as aspirational victories.

Featuring a photo of Bill and Melinda, maskless, leering down at a skeptical black woman in a mask, the letter admitted to its “share of disappointments, setbacks, and surprises”.

“When it comes to U.S. education, though, we’re not yet seeing the kind of bottom-line impact we expected. The status quo is still failing American students,” Melinda argued.

But the status quo is the common core and equity nightmare they helped create.

After two decades of doing this, Melinda admitted that, “one thing that makes improving education tricky is that even among people who work on the issue, there isn’t much agreement on what works and what doesn’t.”

Maybe they should have considered that admission of ignorance before they used their vast fortune to force their ideas on millions of parents and children around the country?

“Are charter schools good or bad? Should the school day be shorter or longer? Is this lesson plan for fractions better than that one?” they wrote. “It’s also hard to isolate any single intervention and say it made all the difference.”

That momentary admission that they had no idea what they’ve been talking about for two decades after upending the country’s education system didn’t stop them from continuing to push their preferred policies anyway.

Only a massive divorce might be able to do that.

The shattering of the great corporation of Bill and Mel will mean potentially dividing up a quarter-million-acres of farmland, an estate known as Xanadu 2.0 near Seattle, a 229-acre horse farm near San Diego, another horse farm in Florida, a ranch in Wyoming, and a ski club in Montana. But it will also mean splitting up their vast philanthropic enterprise.

The divorcing billionaires will have to decide which of them gets to run which parts of the world, country by country, and state by state.

Melinda will set educational policy in Colorado, while Bill will call the shots in Arizona schools. One will take South Dakota and the other will take North Dakota. Bill will get everything in California north of Los Angeles, while Melinda will control the schools below the divorce line.

In their fence-swinging letter, Bill and Melinda claimed that they were already focusing on separate monogrammed issues: “climate change” for him and “gender equity” for her.

Considering Bill’s massive estates, including a $43 million oceanfront beach house in San Diego County, and Melinda’s fortune by way of marriage and then divorce, global warming and gender equity seem like the perfect causes for them to virtue signal their hypocrisy.

A cockeyed optimist might hope for a wake-up call in which Bill and Melinda finally realize that they can’t run their own lives, or Microsoft, and so they probably shouldn’t be running the world.

There’s also a lesson in humility there for their younger peers like Facebook’s Mark Zuckerberg and the rest of the industry in which college dropouts make a fortune from a product, and decide that hitting a niche at the right time makes them superior beings qualified to run the world.

The Gates divorce may be bad news for the couple, but it’s good news for local communities, parents, and reformers who actually want to be able to run their own school systems. And everyone in any field, from health care to education to energy, who was tired of being dictated to by a power couple and their vast organization and fantastic wealth, is breathing a sigh of relief.

The divorce is likely to weaken the Gates machine. It won’t destroy its hold over our daily lives, but as the two sets of lawyers circle each other, it may give us some breathing room.

And that’s a good thing.

Microsoft Bob went away, but it spawned the Comic Sans font. Like Bob, the Bill and Melinda Gates Foundation is likely to be history, but it will continue to haunt us anyway.