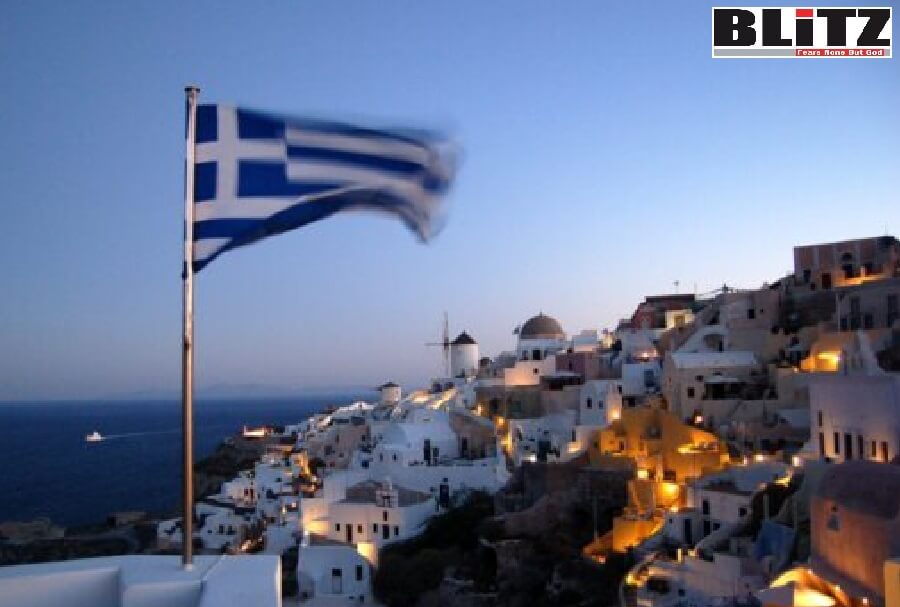 Greece is not generally considered a country with a burgeoning defense industry, but 2020-21 saw it execute a remarkable turnaround. Writes Dr. Spyridon Plakoudas

To some, the phrase “Greek defense industry” is an oxymoron. One would hardly associate Greece with high-tech weaponry that can be exported abroad, and with good reason. From 2007 to 2012, Greece was the biggest importer of armaments in the EU, according to SIPRI’s online data. During the Debt Crisis (2009-18), the country’s bankrupt state-owned defense industries became a source of discord between the Troika and Athens.

Ahead of the Debt Crisis, the Greek defense industry was a microcosm of the country’s systemic and chronic malaise: it was riddled with corruption, cronyism, a labyrinthine bureaucracy, bankrupt state-owned companies, and overtaxed privately owned enterprises, and there was no academia-industry nexus whatsoever.

Indeed, defense and health were the most fertile grounds for corruption in Greece in the 1990s-2000s. Notably, the only politicians ever arrested and imprisoned on corruption charges during the Debt Crisis were associated with the procurement of weapons. Cronyism also afflicted the oversized state-owned defense companies, which, though bankrupt since the early 2000s, continued to employ thousands of “clients” from the ruling parties and to be administered by “friends” of these parties—all at the expense, of course, of the ailing companies and the national economy.

And while the governments supported the virtually bankrupt state-owned companies with “quick fixes” (i.e., state subsidies) every now and then, their privately owned counterparts struggled against over-taxation, indifference, and/or bureaucracy. Far worse, the governments usually inked these multi-billion armaments deals (thanks to corrupt politicians-middlemen) with only negligible industrial offsets. Unlike its neighbors, Israel and Turkey, Greece did not adopt “developmental state theory.” Instead, Athens opted for “armaments diplomacy” and thus never achieved self-sufficiency in the military sector.

Years of woe (and debt)

As if all that were not enough, the EU’s new legislation and the Troika’s austerity during the Debt Crisis added insult to injury.

The 2007-08 crash arrived in Greece on a delay but nonetheless devastated its ailing economy for years. Under a strict austerity policy, Athens reduced its defense budget by 30% and, most notably, did not procure any new weaponry or even initiate modernization of aging weapons systems for over a decade. This austerity affected state- and privately owned defense industries, both of which depended on MoD contracts for their development. For several years, less than 10% of the MoD’s budget was allocated to the maintenance of critical weapons systems—for example, the Hellenic Air Force.

Even after the end of the Debt Crisis, Greece would not reverse the defense cuts until 2020, after two crises with Turkey (the Evros Crisis in March 2020 and the Cesme Crisis in July 2020). Three years into the Debt Crisis, Greece adopted the European Directive 2009/81/EC, which stipulated the establishment of a joint defense market within the EU and thus the abolishment of the “protection” the defense industry of every EU member state enjoyed. Owing to its problematic situation (due to its small size, numerous debts, and negligible exports), the Greek defense industry was disproportionately affected.

Partly because of pressure from the Troika and partly because of economic pragmatism, successive Greek governments assented to the privatization of bankrupt state-owned defense corporations (ΕΑΣ, ΕΒΟ, ΕΝΑΕ, ΕΑΒ) despite the expected political cost. Though it had been attempted several times, none of these companies had been successfully privatized before the end of the Debt Crisis in 2018, so the difficult situation persisted.

And yet, the Greek defense industry executed a tour de force in 2020. From a state of decay, the sector emerged into a state of stabilization.

Despite fierce (and not entirely fair) competition against the European defense giants, the Greek defense companies (the majority of whom are privately owned) secured almost a third of upcoming programs under the EU’s PESCO.

They will participate in five of the 16 projects under the European Defense Industrial Development Program (EDIDP) along with over 180 participants from other EU countries. Those projects are:

They will also participate in one of eight research projects in the context of the Preparatory Action on Defense Research (PADR):

In other words, these Greek defense companies not only competed successfully against their far bigger counterparts but also achieved significant industrial synergies with the latter. And synergies in the defense sector can prove invaluable for the Greek defense ecosystem.

In the same year, Greek defense companies inked their biggest deals to date. In fact, four privately owned defense companies (Intracom Defense Electronics, EODH, Theon Sensors, and Skytalis) signed new deals that exceeded €255 million ($330 million). That figure pales in comparison to the export deals of Greece’s neighbors, Turkey and Israel, but these Greek companies undoubtedly performed very well when one considers the odds against them. Unfortunately, data for deals of the other privately owned firms for 2020 could not obtained. According to a catalogue of the Hellenic Manufacturers of Defense Materiel Association (ΣΕΚΠΥ), however, exports of other privately owned firms totaled €54.5 million ($78.59 million) in 2019.

The situation at the state-owned companies was nowhere as dynamic, but still far better than in recent years. The ΕΛΒΟ was auctioned to an Israeli consortium after three unfruitful privatization attempts since 2015. The EAΣ recorded zero losses after nearly 17 (!) years and the EAB will profit from the deepening cooperation between Abu Dhabi and Αthens. The ENAE, Greece’s most significant and troubled shipyard, was finally privatized in July 2021 after a years-long effort to be bailed out.

The Greek defense ecosystem currently consists of 80 companies, a 22% increase since last year. Most of these companies undertake military and civilian projects alike. Only half (four state-owned and 35 privately owned) execute solely defense-related contracts. These 39 companies employed 6.268 people in 2019 and their operations’ cycle amounted to €318 million ($382 million). These firms can be further categorized as such: 25 small (<€2 million annual turnover), 11 small-to-medium (<€50 million), and three medium (=>€50 million). In an indication of the Greek defense ecosystem’s status, not one of these 26 companies exceeds €100 million in annual turnover.

Οne critical point about the Greek defense ecosystem must be made: the vast majority of these defense industries specialize in new technologies of the Fourth Industrial Revolution (e.g., cyber-defense or drones). In an analogy to a computer, most of these firms produce the software, not the hardware, of the weapons systems. Because Greece intends to upgrade itself into a major hub for digital nomads in the Balkans and the Eastern Mediterranean, the growth of the start-up ecosystem in Greece could have a positive impact on the expansion of the defense industry as well.

The future of the Greek defense industry

The Greek defense ecosystem, after several years of decay, entered a phase of stabilization and cautious development. The Greek defense industries either supplied the Greek Armed Forces with high-tech weapons made in Greece or signed new export deals for their products in the first half of 2021.

The rearmament program of Greece in the face of increasing Turkish aggression (which may exceed €11.5 billion by 2025) will offer the Greek defense industries new MoD contracts and, most importantly, open the door for collaborations between the Greek and foreign defense industries. Such synergies with Western defense giants will only deepen thanks to the participation of the Greek defense ecosystem in a third of the EU’s weapons programs.

Such synergies may remedy one of the chronic illnesses of the Greek defense ecosystem: the shortage in funds for R&D. Another problem, the absence of a nexus between the industry and universities, should gradually wane as more and more universities join hands with the industry for MoD projects—most notably, drones.

Another possible benefit could arise from the negotiation of defense agreements with allies, both old and new. For example, the UAE invested in the ΕΑΒ in the context of the strategic cooperation between Athens and Abu Dhabi. In a similar way, Washington could offer Athens critical offsets for the use of Greek military bases—for example, inclusion of the Greek defense industry in the F-35 manufacturing consortium.

Dr. Spyridon Plakoudas is Assistant Professor of Homeland Security at Rabdan Academy in the UAE.