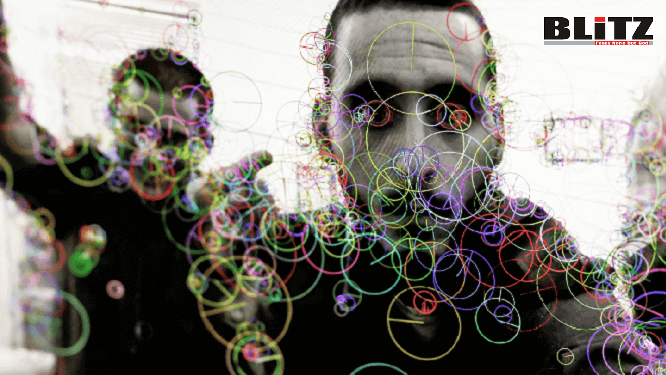 After a year of planning, including a thorough and at times painful “self MRI scan,” the IDF has set itself the target of creating a networked force that can destroy enemy capabilities in as little time and at as low a cost as possible. According to its new multi-year Momentum program, the IDF has changed its definition of victory, marking a significant and potentially extremely fruitful shift in military thinking.

One of the most remarkable aspects of the IDF’s new multi-year Momentum program is its revised definition of victory.

To reflect the reality of complex combat against 21st century terror-armies that are deeply embedded in urban settings and that use their own civilians as human shields to target Israel’s home front, the objective of victory (when it comes to ground offensives) is no longer simply the seizing of enemy territory.

In fact, merely seizing territory under the modern conditions of Middle Eastern warfare has more often than not proven to mark just another interim stage in the fighting. So long as enemy fighting capabilities remain in place, leaving the adversary able to continue to launch guerilla strikes from tunnels, bunkers, or residential buildings on advancing (or halted) forces or fire volleys of projectiles at the Israeli home front, Israel is denied decisive victory.

Momentum now defines victory no longer as just getting ground forces to the edge of their assigned “blue arrows,” but rather, as IDF Chief of Staff Lt.-Gen. Avivi Kochavi stated, the rapid destruction of enemy capabilities. The systematic and speedy removal of such capabilities, be they command posts, rocket launchers, weapons storehouses, enemy command levels, or combat personnel themselves, is now deemed to be much more important than the seizure of territory. Of far greater importance is the quantity of enemy capabilities the IDF is able to destroy on the ground, from the air, and from the sea, as well as the time it takes to do so and the casualties and costs that are involved.

Momentum’s guiding logic defines victory this way: the maximum number of enemy capabilities destroyed in the shortest period of time and with the smallest possible number of casualties. The closer a result is to these parameters, the more decisive the victory.

Time is critical to Momentum’s force activation blueprint. This is because every day that the Israeli home front comes under heavy rocket and missile fire, the national economy cannot function and the state will inevitably incur significant damage. This is all the more true as adversaries, particularly Hezbollah, seek to equip themselves with precision guided missiles, giving them the ability to hit sensitive and symbolic sites deep inside Israel despite layers of air defenses.

Momentum envisions the creation of a sharper, more lethal IDF in which field units receive the wealth of capabilities that are currently enjoyed by IDF Central Headquarters in Tel Aviv.

In essence, this means a battalion will be digitally connected to all the relevant forces in its sector and to the Intelligence Directorate. A company commander will be able to activate his own drones and use the IDF’s digital command and control network to activate tanks, helicopters, or electronic warfare units immediately upon the detection of time-sensitive targets, like an anti-tank cell hiding on the third floor of a tower block.

This implies that the IDF needs to develop new ways of identifying the hidden enemy and closing the sensor-to-shooter cycle within seconds. This can be accomplished by taking full advantage of new sensors, artificial intelligence, and machine learning technology to regain a qualitative advantage over adversaries that has begun to erode.

Momentum came to life through four stages over the past year: 1) diagnosis, 2) formulation of a new activation concept, 3) shaping of principles for the future IDF, and 4) setting up planning frameworks for force build-up.

During the diagnosis stage, in April 2019 the IDF assembled every serving major general and brigadier-general at a single forum and had them present strengths, weaknesses, and recommendations to all. This “MRI” produced a wealth of insights.

Thirty teams then came together to envisage the challenges of the coming decade. They were organized into three colors: the red teams analyzed trends shaping the enemy; the blue teams looked at the future of the IDF; and the white teams looked at the evolving strategic environment.

The red teams highlighted the fact that precision strike weapons are proliferating quickly and that miniaturization technology is fueling this process. They also noted that urban warfare is a key trend that will define combat for years to come. The blue teams assessed potential future Israeli national GDP figures, social trends, and other factors that will affect the future IDF, both positively and negatively.

Three main efforts guide Momentum’s force buildup program. The first, a multi-domain ground maneuver capability, means IDF field units would be able to operate simultaneously on the ground, underground, in the air, in the electromagnetic spectrum, and in the cyber domain. A second axis is based on upgrading Israeli firepower strikes. A third axis is designed to boost defenses for the Israeli home front. Eight enablers (or force multipliers), including air superiority, intelligence superiority, and continuous functionality under fire, were also formulated.

Momentum is the product of a recognition that doing this too slowly will enable Iran, Hezbollah, Hamas, and others to continue to close the qualitative gap—a development Israel cannot afford.

If Momentum succeeds, by 2030 the IDF will be a significantly more lethal, networked war machine that can destroy enemy capabilities in record time and with the lowest possible casualties. Its battalions will be far more independent than those of 2020, with their own C4i and intelligence-gathering envelopes, and an air force that can launch waves of fire strikes that go beyond any past or current capabilities.

The IDF of the future will also be designed to deliver long-range strikes on Iran if this becomes necessary.

Such changes will require a significantly larger defense budget, as well as an end to the paralysis of the Israeli political system and a functioning governing coalition, sooner rather than later.