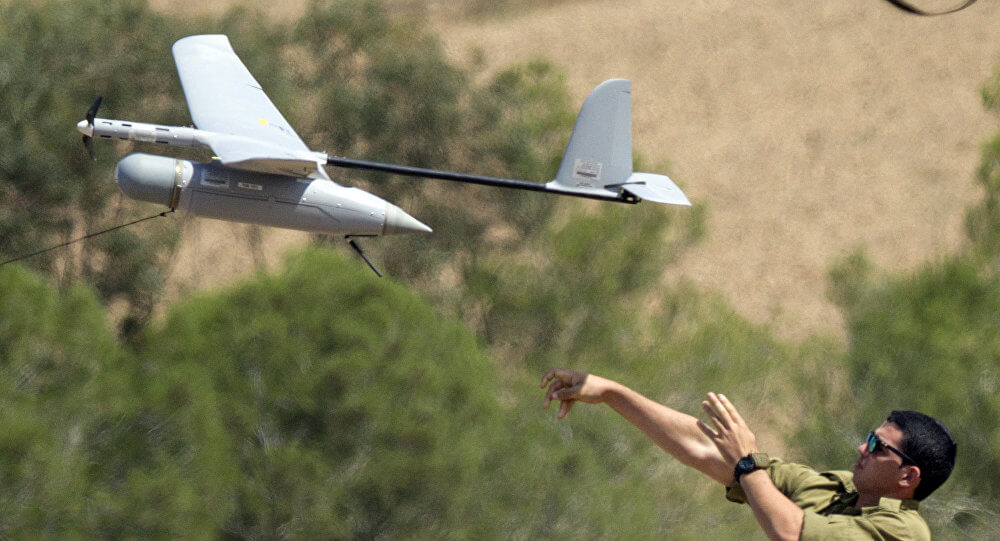 An Israeli government-owned aerospace corporation has developed a new drone technology: a portable, multi rotor drone that self-destructs on impact with its target. The Israelis have developed the miniature drones as a guided explosive to neutralize soldiers, snipers or other drones.

The drone was developed by Israel Aerospace Industries. Small drones have proven to be one of the most effective weapons of modern warfare. Cheap, fast and highly modular, a simple commercial drone can be used for reconnaissance and combat in a variety of environments, including cities. Large militaries such as the United States Armed Forces have tried a variety of experimental anti-drone weapons, including lasers and cyberattacks.

But the answer might be more straightforward: send a drone to kill a drone. The Israeli multirotor hones in on a target and fires a spray grenade at it from close range. If the target is not eliminated, then the drone (assuming it also survived the explosion) can return to its launch point to be re-equipped and launched again.

The drone is portable enough that a soldier can load a backpack with two of them at once. Their speed and precision make them excellent for use in urban environments, such as to send one down an alley or into a building where an enemy is believed to be waiting.

The greatest part about this weapon is the capability to locate and attack targets that have a very small lifespan,” a representative from Israel Aerospace Industries told Jerusalem Online.

The global anti-drone market was valued at about $215 million in 2016, but that number is expected to climb to $1.2-1.5 billion by 2025 according to Transparency Market Research. This makes the cutting edge of anti-drone technology a potentially very lucrative field of defense — not to mention that it may be a key avenue for modern militaries to get a leg up against militias and against one another.