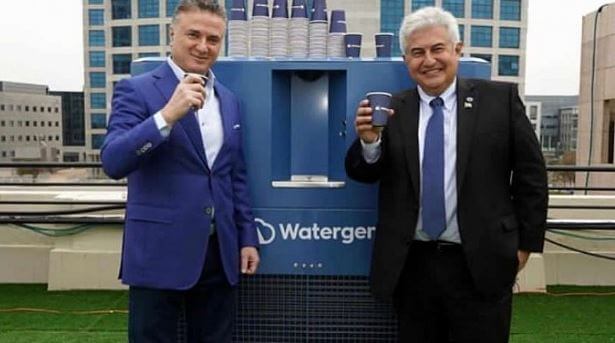 Brazil will receive 10 generators that use Israeli technology to produce pure, clean-drinking water from ambient air, according to Brazilian Minister of Science Marcos Cesar Pontes.

The revelation came to light on Tuesday when Pontes was in Israel as part of Brazil’s mission to this year’s Cybertech conference in Tel Aviv.

During his visit, Pontes toured Watergen’s headquarters, where he tasted the fresh water produced by the GEN-350. He also met with Watergen’s president, Dr. Michael Mirilashvili.

Each of the 10 units is a GEN-350 atmospheric water generator, developed by the Israel-based company of Watergen. A single GEN-350 can produce up to 900 liters of water per day.

According to Pontes, the GEN-350s will be installed in schools and hospitals throughout Brazil, particularly in areas that lack safe drinking water.

Weighing just 800 kilograms, the GEN-350 is easily transportable and can be installed anywhere, even in remote places. It is provided with an internal water-treatment system and needs no infrastructure to operate except for electricity.

Watergen’s donation to Brazil comes at a critical time for the country. Two weeks earlier, a dam at a mine in Brumadinho collapsed, leading to the deaths of more than 130 people and injuring about 200.

Brazil has also been coping with water shortages in recent years.

In 2018, authorities restricted millions of residents to daily water quotas due to a continuous drought. The previous year, Brazil declared an official emergency in hundreds of cities due to a significant lack of water.

A number of experts claim that the water shortage in Brazil, which affects more than 800 municipalities across the country, is due to climate change, the rapid expansion of agriculture, poor infrastructure and insufficient planning.

Israel’s technology has come to the rescue of other countries that have faced ecological and environmental disasters. Two of Watergen’s GEN-350 units were dispatched to India’s southern state of Kerala to help residents of the region recover from devastating monsoons that struck over the summer of 2018.

Watergen’s efforts to make clean water available around the world earned the company its place on the World Economic Forum’s list of the world’s top technology pioneers in 2018.