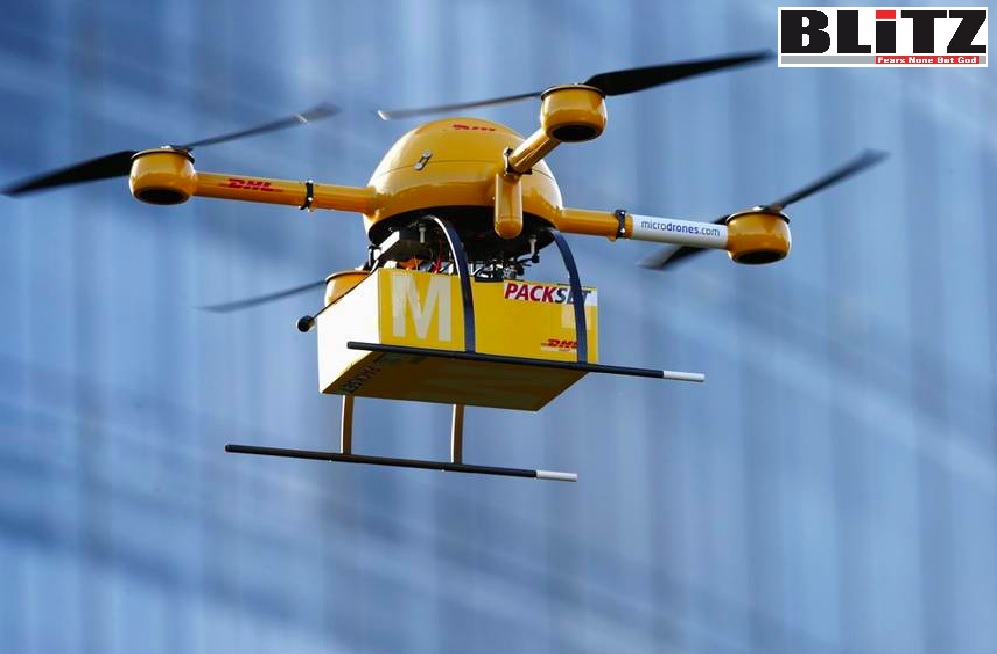 Remote Australian communities will soon have unprecedented access to vaccines and other supplies after local drone logistics company Swoop Aero was given official approval to operate its AI-powered delivery drones across long distances.

Authorities normally require drones to be restricted to visual line of sight (VLOS) flying, meaning that the pilot must be able to see the drone at all times – limiting range to a few kilometers.

With formal Civil Aviation and Safety Authority (CASA) approval, however, Swoop Aero can now control a fleet of drones from a single Remote Operations Centre (ROC) from which pilots will be able to fly up to five Australian-built KITE aircraft at a time.

The company anticipates having drones delivering health supplies to remote towns in Queensland and Victoria by the end of this year, with the aircraft also expected to help in tasks such as marine ecology management, aerial surveys, and search-and-rescue missions.

The CASA approval – which allows Swoop Aero to fly the drones up to 60km from a base station – is a “significant milestone” for the Melbourne-based company, CEO Eric Peck said in announcing the news.

Swoop Aero started flying delivery drones in 2018 in the African country of Malawi, where up to 10 flights per day carry blood samples for HIV testing, drop medications into remote locations, and deliver cold-chain medications that must be delivered quickly to avoid being ruined by heat.

Working with global health partners like UNICEF and the UPS Foundation, Swoop Aero has carried more than 750,000 individual items to and from remote villages.

It has completed more than 14,000 flights in that time after extending its reach to countries including Vanuatu, DRC Congo, and Mozambique, where it is providing faster delivery of vaccines as well as carrying COVID-19 and tuberculosis testing samples back to urban pathology facilities.

The drones also conduct aerial mapping and surveys, giving authorities better views of remote areas that were previously difficult to reach and near-impossible to service – especially during flood season, when the remote villages would be completely cut off.

Swoop Aero’s technology has been steadily refined over the years, but a recent overhaul with technology integrator DiUS paved the way for long-distance autonomous flight using ‘edge AI’ capabilities that build artificial intelligence right into the device, using 5G and satellite communications to maintain connectivity with the Amazon Web Services (AWS) cloud.

The systems lean heavily on AWS services for processing and analysing large volumes of data, as well as AI technologies such as computer vision that allow the KITE drones to monitor and interpret their surroundings.

The computer-vision service – trained on thousands of geospatial photographs processed by Amazon’s SageMaker Ground Truth Plus ML service and Mechanical Turk human labellers – gives the drones an idea of what their operation and landing zone is supposed to look like.

By using cameras to capture the scene when it arrives, a drone can determine, for example, whether it needs to abort its landing if there are people in its landing zone.

Swoop Aero has also tapped ‘digital twin’ technology to build a digital model of each of its KITE drones – each of which is built from 17 discrete modules – using AWS IoT Device Shadow to monitor real-world performance and cross-check it against expected parameters.

Sensor data is collected during every flight, producing hundreds of megabytes of data per flight that is uploaded to the cloud using AWS Kinesis while the drone is landed and recharging.

This data is stored in an AWS Aurora database and fed into the AWS Lambda machine-learning service, which scours the data for trends in the sensor data and automatically identifies anomalies.

Using this approach, a defective sensor, for example, will be automatically detected and maintenance crews given a work order to replace it.

The new platform allows operators in Australia to fly up to 30 aircraft simultaneously across three continents – tapping AWS’s low-latency global cloud network to maintain contact with the drones at all times.

Integration with external flight-monitoring systems ensures the drones are aware of other aircraft near them and can move to avoid collisions.

With the CASA approval allowing it to bring its African flying expertise to Australia, Peck believes Swoop Aero will become a lifeline for Australian communities whose remoteness makes them challenging to service.

“With every day of flights,” he said, “we expand our reach and scale to deliver on vision for a world where we can bring economic prosperity to all.”