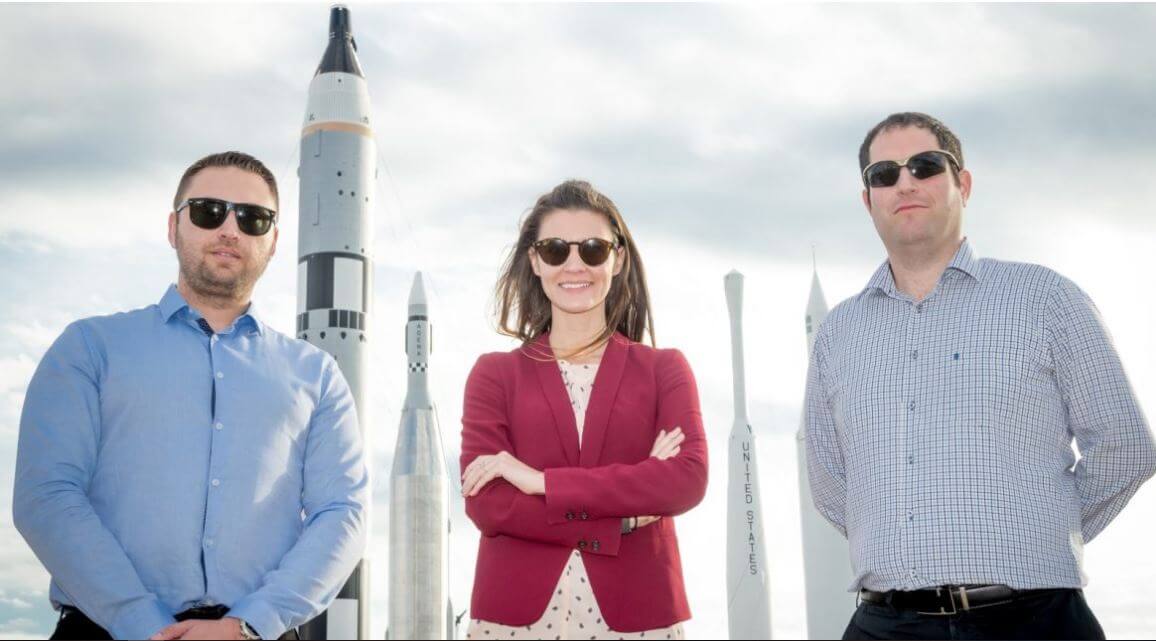 For just $230k – a tiny fraction of the development budget for a new drug – clients can rent one of SpacePharma’s little labs for six months.

In zero gravity, the trajectory of that same bacteria’s destructive power can be charted sometimes in a matter of days. As a result, pharmaceutical companies increasingly are looking to conduct experiments in space as part of the $3 billion “space economy.”

Merck, Procter & Gamble and Eli Lilly have all run experiments on the International Space Station over the past decade, but it’s expensive and labor intensive, requiring an astronaut to perform the tests.

For just $230,000 – a tiny fraction of the development budget for a new drug – clients can rent one of SpacePharma’s orbiting “minilabs” for up to six months.

SpacePharma pre-loads the tiny labs – no larger than a milk carton – with all the components required for a variety of tests and hitches a ride on a rocket.

SpacePharma has two minilabs already in operation. One went up with the help of India’s national space agency in February 2017. The other is integrated into the International Space Station and was launched from Virginia’s Wallops Flight Facility later that year.

SpacePharma was supposed to catch a ride on one of Elon Musk’s SpaceX rockets, but that plan got pushed back after the 2016 Falcon 9 explosion that also destroyed Israel’s Amos 6 satellite. SpacePharma plans to try again with the Falcon in early 2019, to be followed by another minilab launch with Italy’s Areianspace.

On board the minilab, all tests are conducted via remote-controlled syringes and pumps. There are no tiny humans or robots. Customers administer their experiments via a web interface from Earth.

“When there are no G-forces, everything grows and reacts much more clearly than on Earth,” SpacePharma chairman Yossi Yamin tells ISRAEL21c.

SpacePharma conducts tests with bacteria, stem cells, spores, muscles and nerves. The company has developed what Yamin calls an “organ on a chip” – essentially a petri dish in 3D.

“On Earth, a petri dish allows you to grow a culture in two dimensions,” Yamin explains. “But with low gravity in orbit, you get a third dimension. The culture grows more like in the body itself, not smashed to the surface of the dish.”

Sometimes there can be bizarre reactions. A scientist working for NASA once sent flatworms to space to test their regenerative properties. Some of the worms grew two heads. Even crazier, when they reproduced in space, their offspring also had two heads.

Not having an astronaut running the tests represents a huge cost savings. “To train an astronaut can cost $100 million,” Yamin says.

SpacePharma has raised $8 million since it was founded six years ago and employs a couple dozen staff. “Not many people imagined we could bypass an astronaut with such a small investment in money.”

SpacePharma makes money by charging for use of its minilabs, but the company is also developing its own intellectual property. Yamin says SpacePharma contracted with a big pharma company to use some of its reagents (substances used in chemical reactions) to create a new molecule that may help treat a particular respiratory disease. If it takes off, SpacePharma will receive royalties.

While pharma companies and research facilities have been SpacePharma’s first clients (the faculty of medicine at the University of Zurich recently carried out an experiment with microphages, a type of white blood cell), the low cost offers the opportunity for individuals with means to run their own experiments.

This might help with the development of “orphan drugs” for rare diseases that do not warrant a pharma company’s attention or investment.

“You don’t need 250,000 patients for a trial,” as a pharma company would demand, Yamin says. “You can start with just 250 people who have the same disease profile.”

Yamin imagines that if these patients connected on Facebook and each invested $1,000, it would be enough to claim real estate in a SpacePharma minilab. Indeed, there has been interest from several groups, including patients with Creutzfeldt-Jakob disease, a rare but fatal brain disorder.

Yamin founded SpacePharma in Switzerland with R&D in Herzliya. Another office is located at Cape Canaveral in Florida. The company has partnerships with the European Union’s Horizon 20/20 program, the US National Institutes of Health, NASA, the Italian Space Agency and the Israeli Space Agency.

Miniaturizing the lab has been the company’s claim to fame so far, but Yamin says the next step is to make it “around the size of a James Bond suitcase,” which will allow SpacePharma to work with even more clients.

Tests done in outer space don’t always have to be returned to Earth in full; sometimes all that’s needed is the data. That’s the case with gene expression, which is how the information stored in DNA gets turned into proteins. “You don’t need to send back the gene itself,” Yamin explains.

It goes without saying that SpacePharma won’t be returning to Earth any plague-generating germs. “The idea is not to bring down more virulent bacteria but to bring down antibiotics!” Yamin emphasizes.

SpacePharma is not the only company running pharma tests in space – Nanoracks and Space Tango are among the better-known private competitors. Big players such as Airbus and Boeing are getting into the game, as well.

The US government-funded CASIS (Center for Advancement of Science in Space), a nonprofit group that oversees activities on the International Space Station, has managed more than 200 research projects in microgravity since 2011. And there have been some big success stories already.

The market is clearly primed. Research firm BMI found that 60 percent of pharma company executives believe the space economy will have a high disruption on their sector in the coming decades. The long-term goal is to manufacture next-generation medicines in low orbit.

While SpacePharma works closely with CASIS, it doesn’t have to. That’s an advantage, Yamin says: SpacePharma clients don’t have to play by International Space Station rules if they simply want to experiment in microgravity on an independently orbiting minilab.