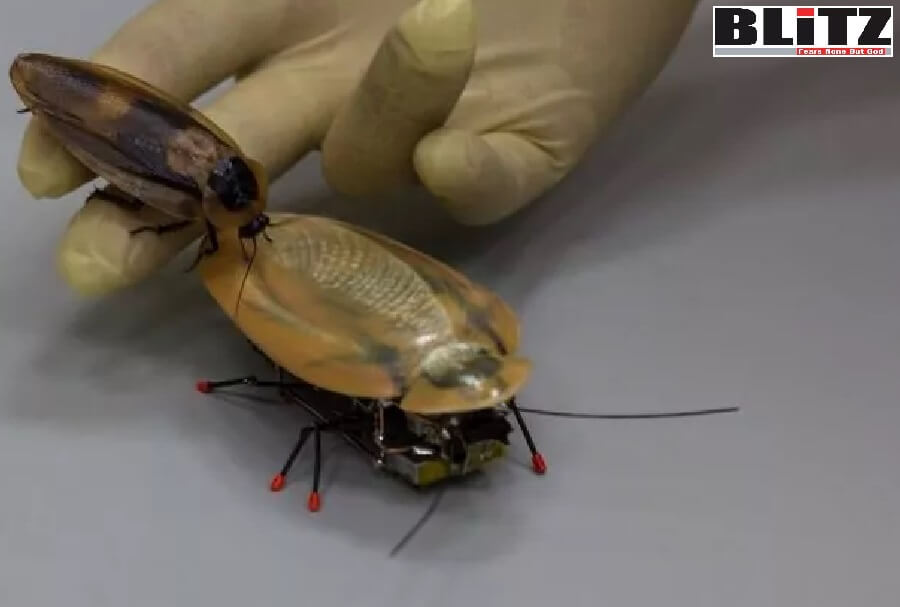 Officials held the robot for 10 days, imperiling plans to show her work at the Great Pyramid of Giza on Thursday.

The UK’s Embassy in Cairo told the BBC that it is “glad” the case is resolved.

“The Embassy is glad to see that Ai-Da the artist robot has now been cleared through customs,” the embassy said in a statement. “Customs clearance procedures can be lengthy, and are required before importation of any artworks or IT equipment.”

According to creator Aidan Meller, border guards seized Ai-Da because they had been suspicious of her modem, before then raising issues with her camera.

Meller offered to remove the modem, but said that he could not remove the cameras, which are essential to Ai-Da’s ability to paint. The robot uses AI algorithms to turn what is recorded through its camera into works of art.

“I can ditch the modems, but I can’t really gouge her eyes out,” he told the Guardian.

He praised the work of the UK ambassador, who Meller said had “been working through the night to get Ai-Da released,” but pointed out that her late release meant it would be difficult to get her ready for the display on Thursday. “We’re right up to the wire now,” he said.

The work was due to be part of the first contemporary art exhibition at the Pyramids in Egypt for 4,500 years.

Both Ai-Da and her sculpture had been sent in specialized flight cases by air cargo to Cairo before the “Forever Is Now” exhibition, which will run until 7 November.

Her clay sculpture is an interpretation of the Greek riddle of the sphinx: what goes on four feet in the morning, two feet at noon and three feet in the evening? A human going through the stages of being a baby, an adult and finally old age using a walking stick.

Her interpretation of the famous Greek riddle is a sculpture of Ai-Da with three legs.

Ai-Da was completed in 2019 and her artwork, which includes the first “self-portrait with no self” has been displayed at the Design Museum and the Victoria and Albert Museum in London.

According to technology experts, several companies in the world currently are fixing micro-sized modems inside various electronic devices including Smart TV, Smart Phone and even other electrical appliances such as refrigerators, micro-wave woven and laptop, with the mission of extracting information from the targeted individuals or organizations.

They said, any electronic or electrical device fitted with hidden modem can start transmitting audio and video messages from the targeted location without being tracked or even suspected by anyone.

“Espionage is entering a new era, where sophisticated electrical and electronic devices would be used to steal high-classified information from any targeted location or individual”.

Can such covert spying be stopped? The answer unfortunately is negative. No one can stop the covert activities of such devices unless they have specific knowledge or information on the type of modems inserted inside these items.

They said, such covert spying devices would be particularly dangerous for countries such as North Korea, where many of its enemy nations would succeed in infiltrating through these devices. Similarly, India becomes extremely vulnerable to these electrical and electronic devices, as those items may enter highly restricted zones and begin gathering and transmitting information to the receiving end.